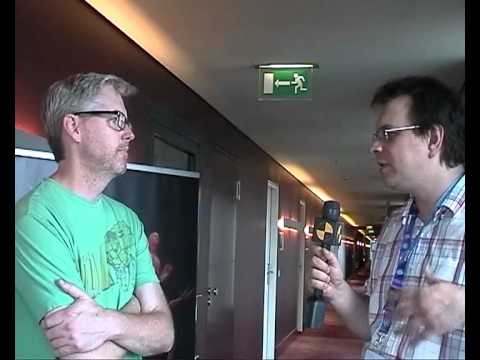 There’s a saying in journalistic circles: “never make yourself the story.” In the world of games development, where a stray interview comment or ill-advised PR stunt can blow up across media sites in a matter of minutes, that’s not always an easy rule to stick to.

2012 had no shortage of blunders, flubs and mistakes to choose from, so here are some of the stand-out public relations gaffes of the past year.

In what must have been one of the record retractions of 2012, Square Enix managed to both announce and pull an ill-fated Hitman Facebook application in less time than it takes Agent 47 to straighten his dapper tie. The “… is proud to announce” press release found itself with an “ill-advised, ill-judged, oh god we’re so sorry” companion in hot pursuit.

But what caused such a rapid change of heart? It may have been the immediate negative reaction and almost universal sense of revulsion towards the “Hire a Hitman” app/advert, with which Facebook users were encouraged to place a ‘hit’ on their ‘mates.’

Expecting people to find a short video in which Agent 47 shoots ‘you’ with a sniper rifle, accompanied by the message “I hope you get killed by a hitman!” entertaining was already a stretch, but ad agency Ralph dug a little deeper into the big bin of shit ideas and decided to include a few personal insults too. The identifying features given for each of 47’s ‘hits’ included such side-splitting fare as “small tits,” “smells bad” and “tiny penis.”

Hilarity did not ensue.

This undignified piece of trash was pulled in double-quick time (suggesting that Square wasn’t all that aware of what exactly it had commissioned), but not before the Hitman-themed travesty had taken careful aim at the publisher’s own foot. Sadly, real culprits Ralph got away unscathed with their ill-gotten gains.

Still, at least they aren’t too proud of it. The Hitman effort gets no mention whatsoever on the marketing firm’s website.

When Paul interviewed Gazillion Entertainment’s David Brevik at GamesCom back in August 2012, nobody was anticipating the mini drama-storm it was about to unleash.

As Brevik was a Blizzard North co-founder and integral to the development of the first two Diablo titles, Paul asked him for his opinions on Diablo 3. The reply was cautious but honest, suggesting that Brevik felt a lot of action-RPG expertise had been lost from the old Blizzard North and that Blizzard Irvine had brought their own ideas to the series; ideas Brevik himself would not necessarily have opted for.

In response to the interview being published, the Diablo 3 developers reacted the way any professional, multi-million dollar company would: they went on Facebook and bitched about it.

Blizzard’s Chris Haga, Steven Parker and Roger Hughston all had thoughts to share on the matter, but the most succinct and thoughtful comment came from Diablo 3 game director Jay Wilson who penned the timeless words “Fuck that loser.”

Wilson some time later that day realised (or was informed) that sticking a virtual middle finger up at someone so crucial to the history of the Diablo series might not get him a rapturous reception in the game’s community. A couple of days after the story broke, he posted a lengthy piece on battle.net. It contained a single paragraph apology to David Brevik and eleven others justifying Diablo 3‘s design choices.

But hey, at least the apology was there. Sort of.

The idea behind the Borderlands 2 ‘Best Friends Forever’ skill tree was simple, and actually pretty good. It would give Gaige (a character from the game’s Mechromancer DLC package) an optional set of abilities to dramatically reduce the difficulty of the game, allowing people who were a bit rubbish at first-person shooters (or just Borderlands 2 in general) an easy route into the game and a chance to play co-op with more skilled friends.

Then lead designer John Hemingway called it “the girlfriend skill tree” in an interview with Eurogamer and forced Gearbox into an aggressive charm offensive to combat the negative PR.

There was a positive side to the whole affair though. In unhappier times, the offending comment would’ve been allowed to just drift by uncriticised. Instead, Gearbox had to address it, and CEO Randy Pitchford worked hard to untangle the company from accusations of chauvinism.

It’s possible to lay a lot of criticism at the games industry’s door, but at least a point has been reached where sexist phrasing in interviews counts as a PR blunder.

Everything About The War Z From 17 December Onwards

In the latter part of 2012, The War Z’s Sergey Titov managed to show all the amateur PR screw-ups how it was done. And considering this was a year in which Curt Schilling destroyed an entire studio with the raw power of his hubris, that’s quite some achievement.

Even before The War Z’s ill-fated Steam release, there had been rumblings about the dubious nature of the game. Efforts to make the title appear as if it had been in development longer than the Arma II mod Day Z seemed a little too desperate, and included back-dating an official Facebook page to give the impression it had been created in 2011. There were also unsubstantiated rumours about unfair bannings and whispers about Hammerpoint simply abandoning the game if it didn’t meet sales targets, but nothing concrete.

Then, on 17 December the game appeared on Steam. It was accompanied by a features list that bore little resemblance to reality, and included several items (such as private servers) that were not even implemented in the game. Nowhere on the title’s sales page did Hammerpoint give even the slightest hint that The War Z was still very much in beta.

On 18 December the features list was altered to somewhat (though not entirely) fall in line with reality, but on 19 December Steam pulled the game from sale and offered full refunds to any dissatisfied players.

In between those two dates, Sergey Titov put out a disgraceful non-apology (on a thread that no longer exists on the War Z forums) in which he said he was sorry if anybody had “misread” the Steam features list full of outright falsehoods and that the list was open to “multiple interpretations.” It wasn’t. It was open to one interpretation, which was “many of these features are not present in the game that is being sold to me.”

Over the course of the next week The War Z was subject to claims that the size of its lone map was nowhere near what the developers claimed, and faced serious accusations of plagiarism over images apparently taken from other zombie-based sources (including Shaun of the Dead and The Walking Dead tv series). The more people dug, the worse it became, culminating in the suggestion that the game may have to be renamed due to an expiring trademark.

On 28 December Titov attempted a second apology. This time, he offered the concession that he was “arrogant” before going on to massage the events of the past weeks in his own inimitable fashion.

The War Z is still barred from sale on Steam and should, by now, be setting off klaxon-like alarm sounds in the minds of any potential buyers.

Those are our top PR Gaffes of 2012, but what was yours? Maybe it was the withdrawal of the pre-order ‘Nuketown 2055′ level from Black Ops 2‘s map rotation, or BioWare’s dogged defense of the Mass Effect 3 ending? Let us know on the poll. You can vote for one of ours or add one of your very own. We’ll publish all the results and discuss them next week.

By Nicholas Montegriffo2 days ago
Features