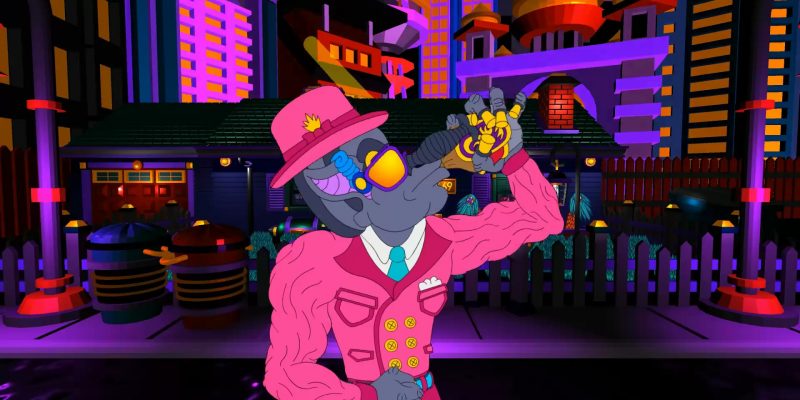 Taking direct inspiration from a deeply loved series is often a bit of a double-edged sword. On one hand, it makes perfect sense to give audiences a chance to experience more of something they love on platforms that don’t have access to the source of said inspiration. On the other, it invites direct scrutiny as a result of what it’s copying. Billion Beat is very clearly inspired by Nintendo’s famous Punch-Out games. As such, it’s loaded with the weight of those expectations. But the question stands: is it worth it?

Billion Beat, which entered Early Access on January 6, has a story mode and an arcade mode. The story mode opens with a surprisingly uncomfortable cutscene where a man knocks on the door of the main character’s home. His wife answers and offers the man cookies, only for him to attack her and then do the same to her child before demanding a billion bucks, thusly setting up the game’s title. It’s a garish opening to a garish game filled with vulgar language. Some might take some umbrage to words that the game uses with surprising frequency, but your mileage will vary. Foul language can be uncensored via the menu, as it’s censored by default.

The game has 12 enemies to fight, as well as three difficulties. The arcade mode is self-explanatory and focuses on those fights. The story mode is where most of Billion Beat‘s meat lies. You fight the same enemies there, but you also receive currency and experience for doing so. Each fight in which you partake requires that you put some money down, which is then returned if you’re victorious. Depending on how many strong attacks you make use of during the bouts themselves, your character’s left and right hands level up individually. 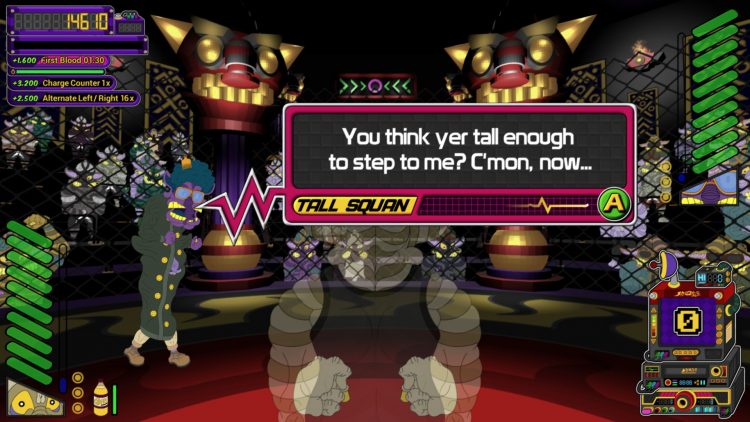 To put it bluntly, Billion Beat is Punch-Out if it were filtered through Toejam & Earl and Ren & Stimpy. You take control of a boxer and focus on dodging and countering your enemy’s strikes. Each fighter needs to be knocked down three times and has health and energy meters. The way health works is self-explanatory, but energy is less clear. The game has a lot of extra rules on top of what I expected to complicate it, but not always for the better. There are plenty of times you simply can’t use certain attacks on your foes. The only way you’ll learn this during your initial fights is that you’ll press the button and nothing will happen.

There are honestly too many times where this occurred. Furthermore, the attack controls in Billion Beat aren’t quite there yet, as they felt somewhat unresponsive to me a fair amount of the time. Granted, when it works, it’s a decent Punch-Out clone that’s nice to have on PC. But I’d really like to see the controls tightened and the mechanics become more clear. Many of the inner workings of the game’s systems are locked behind tips that need to be purchased from a shop, which seems counterproductive. Additionally, players can purchase energy drinks that can be used during fights. These heal your character and contain certain numbers of charges.

There are multiple punches you can use in Billion Beat. Pressing the four face buttons results in low attacks which are divided between weak and strong. Holding up while using them goes for the face. But hitting enemies in the face doesn’t appear to do more damage than hitting them in the abdomen. Plus, face hits increase your enemy’s rage meter, making it seem like there’s no reason to use them at all. The game is moderately enjoyable right now and is rather cheap (it’s $5.99 USD right now), so I do think it’s worth it. But it’s also short and needs some work. 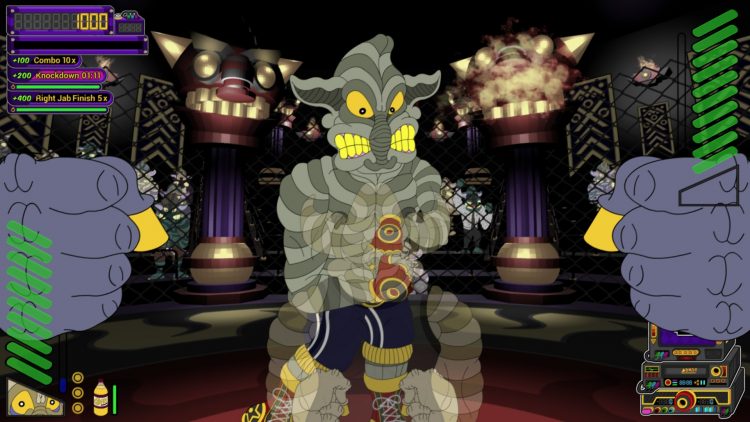