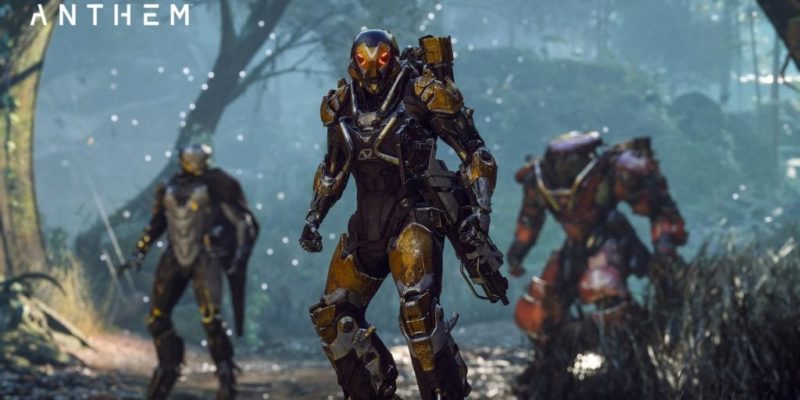 After yesterday’s tease, BioWare have finally revealed Anthem courtesy of a lengthy slice of gameplay footage.

Anthem, it turns out, is an open-world cooperative action-RPG. Players are “Freelancers”, who go outside the walls of the city into the dangerous wilderness beyond to… do missions, and stuff. Explore ruins! Shoot monsters and wildlife and things! Take part in open-world events!

Freelancers operate via Javelins, which is the fancy in-game name for “big exoskeletons equipped with jetpacks.” These are all highly customisable, apparently, both visually and in terms of what they can do. Anthem does look lovely, certainly; its open world looks rather pretty and so does the prospect of flying through the skies and boosting through its rivers, but I can’t help but get the sense that BioWare are jumping on the Destiny/Ghost Recon Wildlands/general open-world-action-RPG-with-co-op bandwagon.

In any case, Anthem is coming in 2018, and you can see the full reveal below.

Your Cuphead floweth over on 29 September