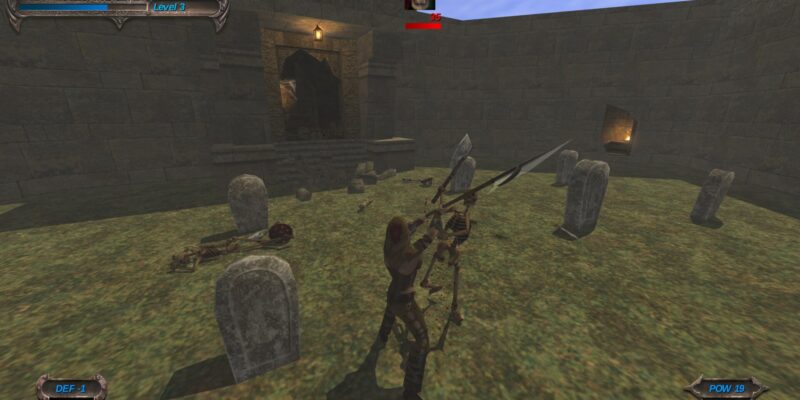 Blade of Darkness was originally released back in 2001 in the US, as Severance: Blade of Darkness. I’m not sure why the name’s different now, but there you go. The original game was developed by Rebel Act Studios, which disbanded after the title failed to sell well. To be blunt, this is a straightforward re-release of the game that just updates it to run on modern hardware. For better or worse, nothing has been changed. But the question still stands: is Blade of Darkness worth it after all these years?

Upon starting the game up, I was under the impression that something was wrong. Neither my mouse nor WASD would do anything on the menu. It turns out that you can only select things using the arrow keys and enter. That should clue you into exactly what sort of re-release this is. The awkward controls, clunky combat, and clumsy interface are all very much at play here. This release is being advertised as a kind of granddaddy to Souls-likes, which isn’t really true at all. Although, this game can be downright punishing.

On start-up, you have four characters to choose from. A knight, an Amazon, a Dwarf, and a barbarian make up the roster, each with their own opening level. Blade of Darkness takes some real getting used to, as you have to press a key to identify items and then press another to pick them up. Different characters make use of different weapons and some can use shields. However, shields break very quickly, so dodging is often the better choice. The A and D keys don’t strafe outside of when you’re locked on, so your character just turns with the camera glued to their back. Frankly, it feels awful. 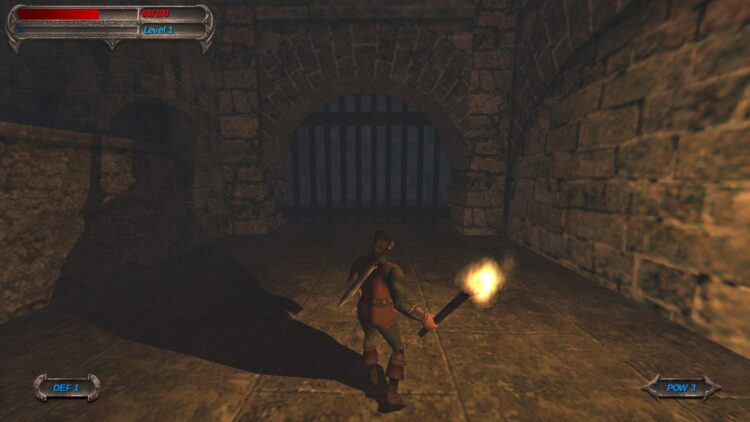 There’s something about parry

The lock-on is similarly problematic, as it can be a real pain to keep enemies in sight. Enemy shields, of course, are much more resilient than your own, as they suddenly become far more durable in a foe’s grasp. After completing the opening stage, you then have a choice of stages on a map. I’m sure most of this doesn’t sound all that great. Blade of Darkness is a dated game that could have really used some quality of life changes, that’s for sure. You also have to save manually, awkwardly scrolling the menu with the arrow keys to do so.

But, here’s the thing. Despite all of the jank and control issues, the game is strangely compelling. It’s janky and awkward, sure, but there’s something that I can’t help but really enjoy about playing it. It’s got a lot of immersive sim-esque elements and the way you use gear and carefully tread the environment while watching out for traps is satisfying, scratching that itch that only games from this era can. My favorite character is Zoe, the Amazon. She doesn’t use shields, but she uses staves and spears and has the best dodge in the game, making her an absolute powerhouse.

I love dodging out of the way and hitting an enemy during their attack openings, jank and all. Blade of Darkness is undoubtedly a game with a lot of issues, but it’s also got a ton of character. As a fan of action RPGs, I can’t help but have a really good time playing it 20 years later. It’s got some quirks that will be hard to look past, true. But, I feel that Blade of Darkness is still absolutely worth it, as long as you enjoy these kinds of games. You’ll probably want to play a demo if you’re new to it, but, if it’s fun, it’s fun. This one gets a thumbs up from me. 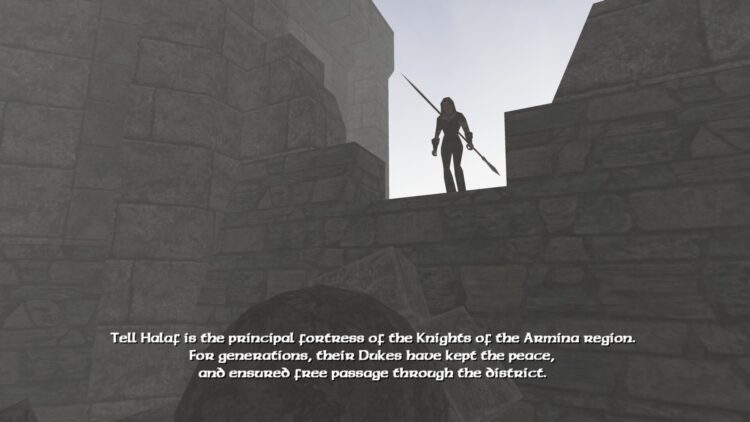 Far Cry 6: How to get Overclocked weapons from the Black Market