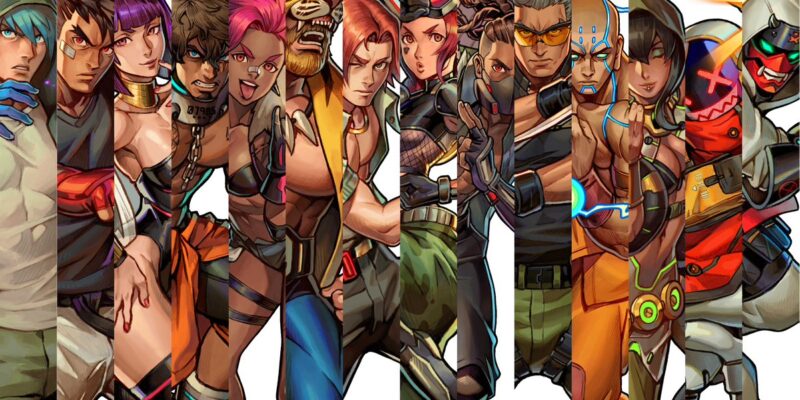 Way back in 2019 there was a Kickstarter for an indie fighting game called Blazing Strike. Despite the game looking very impressive at such an early stage, it failed to reach its $70,000 USD goal. Cut to 2021, and Aksys Games has decided to revive the project with a plethora of added features. Along with the announcement was a new Blazing Strike trailer showing how the game looks now.

Blazing Strike is meant to harken back to the glory days of the arcades in the ’90s, and the trailer definitely highlights that. Taking heavy inspiration from classics like Darkstalkers, Street Fighter III, and The King of Fighters ’98, the game is oozing with style. Sporting a sharp 2D sprite art style with a unique lineup of characters, the game is sure to bring back happy memories of the arcade to those who were there. The game also features a fun and energetic hip-hop soundtrack, also reminiscent of Street Fighter III.

Blazing Strike is a four-button fighter with light, medium, and heavy punches and kicks. Presumably medium attacks will be used by pressing the light button twice, akin to Marvel vs. Capcom 2. There will also be three main defensive maneuvers: block, guard, and parry. It is unclear as of now what the distinction between ‘block’ and ‘guard’ are. But parries should be familiar to anyone who has played Street Fighter III: Third Strike. The more fighting games with parries, the better in my book.

Hitting all the right buttons

Under your character’s health bar is what’s called the Rush Meter. Using this meter activates Rush Trigger, in which players can execute faster attacks and movements. I can imagine this being functionally similar to MAX Mode in various The King of Fighters titles. But if your Rush Meter runs out, your character will be left groggy and completely defenseless. So, meter management will be an important part of how the game is played.

The game will have several modes, including a story mode, arcade mode, versus mode, and a training mode. Most importantly though, the game will feature online functionality with those two glorious words every fighting game fan wants to hear: rollback netcode. It just feels good to say, doesn’t it? The game seems to be doing everything right, and is clearly being made by people with a true love and understanding of the genre. Blazing Strike will release on PC sometime next year in 2022.