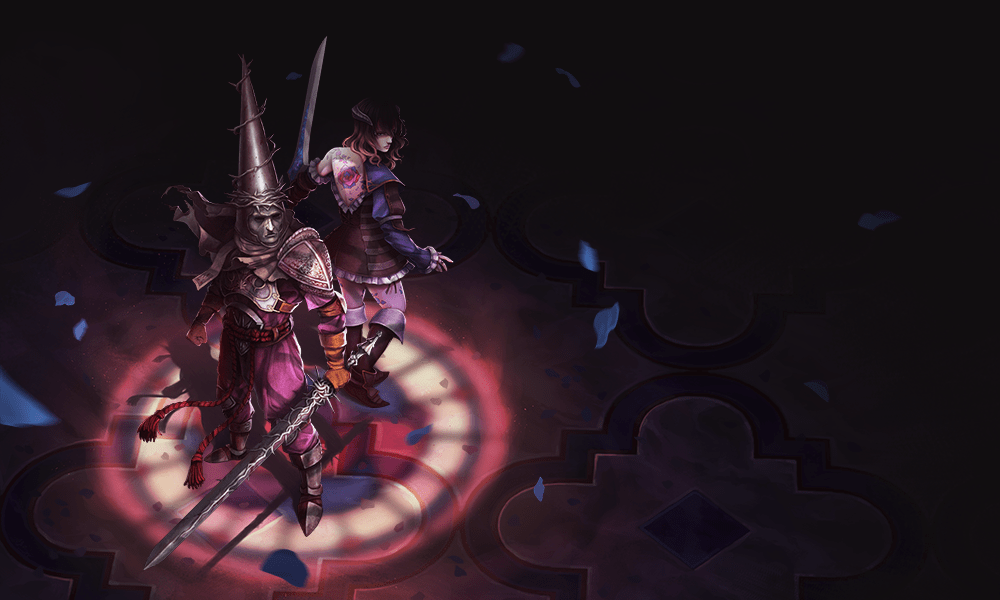 Crossovers in indie games are nothing new. Hell, in general games see a lot of unexpected guests show up. Shantae has shaken her hips in Indivisible, and Shovel Knight certainly gets around. He was even featured in Super Smash Bros. Ultimate. However, modern indie games seem to enjoy crossovers the most as smaller developers show camaraderie with their fellows. In a couple of days, Blasphemous, too, will prepare its vaulted halls for a visit. Miriam, the lead character of Bloodstained: Ritual of the Night, is making her way to Cvstodia on February 18. Soon, The Penitent One and Miriam will join forces in the world of Blasphemous in a free crossover update.

Miriam finds herself in a somewhat familiar, unfriendly land in the Strife and Ruin update for Blasphemous. Stranded from her own, equally Gothic world, she requires the aid of The Penitent One. The masked warrior is tasked with collecting shards to repair a shattered portal, which will send Miriam back home.

However, it doesn’t seem you can play as Miriam in Blasphemous. The crossover update trailer, seen below, shows her as some sort of assisting character to The Penitent One, using her powers to crush enemies. Her appearance is far too brief in the trailer, so I can’t say for certainty if she offers other abilities outside of death dealing. Of course, that’s not a bad thing to have. Miriam is a powerful badass in Bloodstained, capable of dispatching demons in violent and explosive ways.

A Blasphemous crossover, and a lot more

The Strife and Ruin update will include more than a new friend. It will also feature a Boss Rush Mode, which unlocks once you complete the story. You’ll be able to use any of your Blasphemous save files, hopefully picking one that will give you an edge in its collection of boss battles. There’s also a Demake Area, which turns the game into an old school, 8-bit platformer. It’s a more linear mode than what you’re used to in the Metroid-like Blasphemous. And it’s a bit harder to find. According to publisher Team17, you need to hunt down a secret location in Cvstodia, in which hides an arcade cabinet.

Miriam will join Blasphemous in its free crossover update on February 18.

By Mike Straw22 mins ago
Hardware