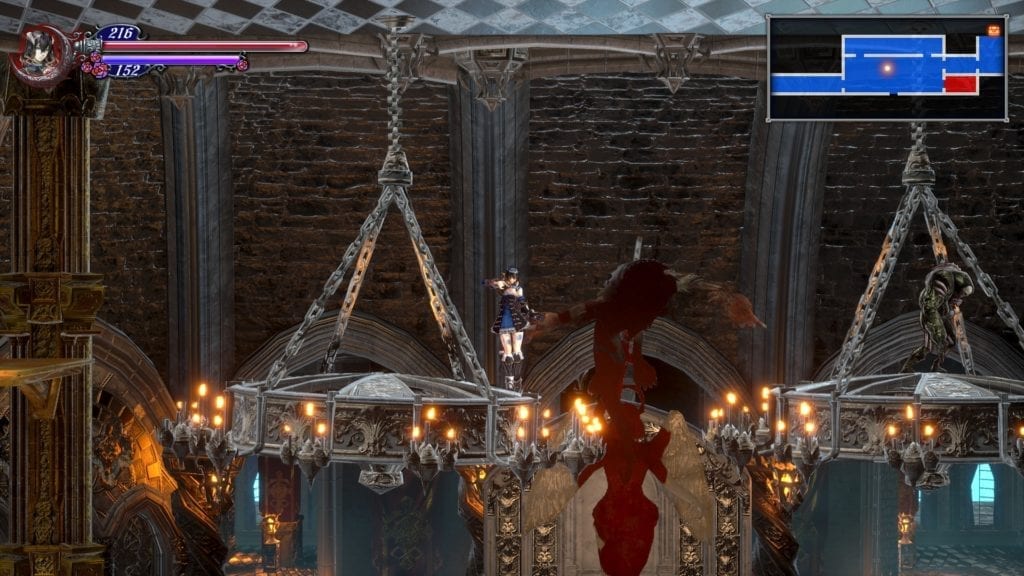 I’ll admit that Bloodstained: Ritual of the Night had me worried. Between the delays, some poor fan response, and the skepticism imbued by Mighty No. 9, I feared the worst. I’ve been eagerly anticipating this game since the Kickstarter and, for a while, I didn’t think the game could possibly measure up. I’ve rarely been happier to have been wrong.

As you’re almost certainly aware, Bloodstained is a spiritual successor to producer/writer Koji Igarashi’s Metroid-influenced Castlevania games. As such, it has some very large shoes to fill, as that series has a very passionate fanbase, despite not having any new entries released in over a decade. That ends now, though. Regardless of any inherent trepidation, this game is pretty much exactly what was promised, which is no mean feat. 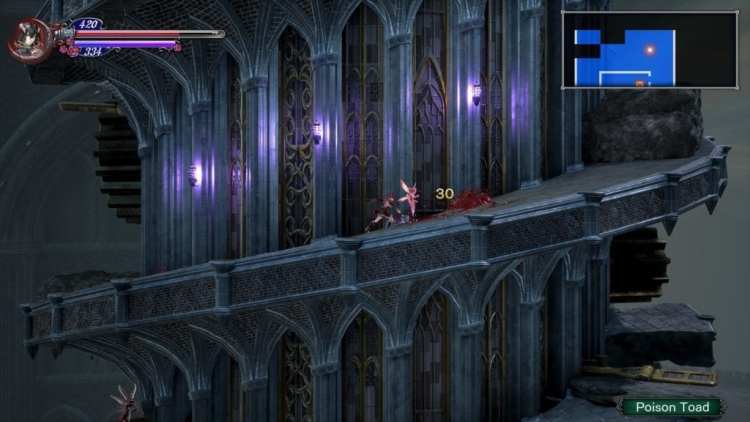 Bloodstained: Ritual of the Night tells the story of a woman named Miriam. When Miriam was a child, she and her compatriot Gebel were experimented on using demonic crystals that slowly spread over their bodies. Ten years prior to the start of the game, Miriam goes into a coma, only to later awaken and find that Gebel has used magic and a forbidden tome to summon a demon castle and hordes of monsters to the land. It’s up to her to breach the castle and stop Gebel before it’s too late.

The game’s story is fully voice-acted and fairly well to boot. While it’s nothing earth-shattering, the narrative does a good job of giving context and motivation for you to keep playing. There are occasional full 3D cutscenes that play briefly, but most of the story is told through dialogue boxes and 3D character portraits. Miriam will also find bookshelves all over the castle that contain journal entries that give some additional backstory. Overall, the story is better than I was expecting, even if the characterization is often underwhelming. 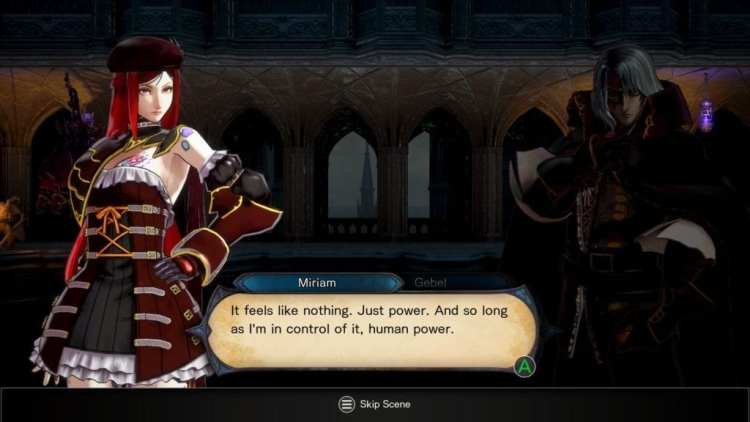 The game’s structure and gameplay will be instantly familiar to Castlevania fans. Bloodstained: Ritual of the Night takes place on a large, interconnected map loaded with secrets and temporary dead ends. Miriam’s progress is frequently halted and she must return when she has a new ability. Other times she’ll unlock shortcuts by flipping a lever. Fans will be glad to know that it’s exactly the same as it was in Igarashi’s previous games.

The combat and character systems are similarly intact. Killing monsters grants Miriam experience which causes her to level up, increasing her base stats. Items are dropped by enemies and found in chests and include weapons, armor, accessories, and crafting ingredients. Miriam can equip, sell, or even dismantle equipment for more crafting items. Her associate Johannes handles all of this from his room at your home base. He allows you to craft new items. He even makes food if you bring him ingredients.

Yes, there’s cooking. The first time Miriam eats a particular item, she gets a permanent stat boost. Subsequently, food can be used for restoring health, which is handy because Bloodstained doesn’t exactly throw potions at you. Johannes can also improve your shards, which are equippable abilities dropped by enemies. Every single enemy drops a different shard and they come in several forms. Some give you new attacks or allow you to summon helpers, others give new abilities, or even passive stat boosts. There’s a ton of variety to these and they can be mixed and matched to great effect. 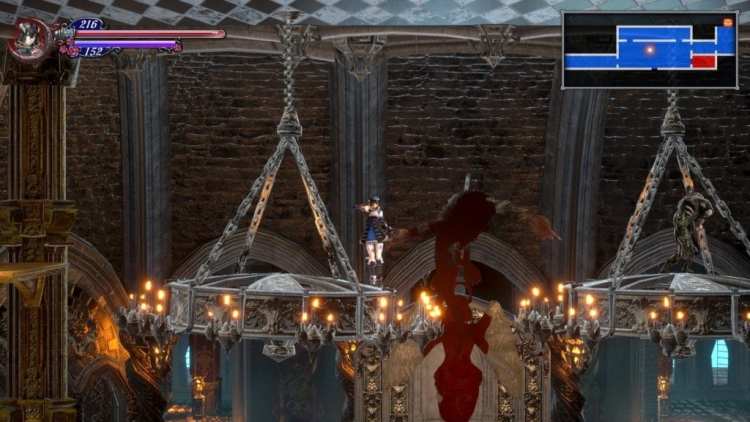 Fight for your right

The combat itself is pure Castlevania. Miriam controls really well and the combat is satisfying, with weapons that are fun to use. It’s especially reminiscent of the better handheld games in the series, as Miriam simply has access to a bunch of different kinds of weapons. Swords, spears, whips, greatswords and the like are plentiful and have different strengths and weaknesses. Greatswords, for instance, allow you to strike downward at an angle, while most regular melee weapons just strike directly to Miriam’s side. However, greatswords are much slower.

Each weapon also does different types of damage, as some enemies are naturally resistant to certain means of attack. Armored enemies take less damage when hit with bladed weapons, so you’ll want to hit them with blunt ones. Likewise, this is true for elemental attacks, whether they be on your weapons or spells. Miriam can even save equipment presets and change them on the fly. These are great for giving you the right weapon for the job and even for giving extra elemental protection from types of damage. 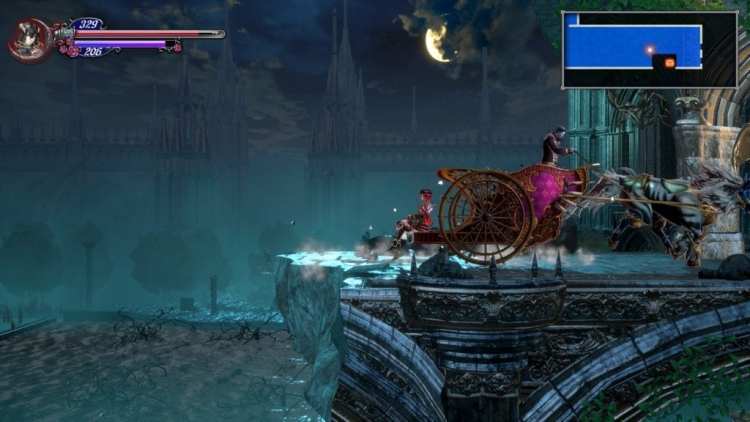 Some fans were notably unhappy about the way Bloodstained looked a while back, and while there are still some issues, the game is visually pleasing. Character models can seem rigid during story segments, but animations during gameplay are fluid. There’s also a good level of detail in the environments, even if they can look a little uninspired. But that palatial, gothic atmosphere is very much intact, even if it’s jarring to see Miriam clip through any wall she comes into contact with. You can also modify Miriam’s appearance, including her hair’s cut and color, her skin tone, her outfit color, and her eyes to boot. It’s pretty amusing to go back to the demon barber whenever you find a new haircut as well and I like being able to customize her appearance.

However, there are some hiccups. Strangely, the game has some surprisingly long load times every now and again. Entering a new area can take longer than I thought it would, but that’s a very minor issue. What’s more annoying are the occasional frame drops during gameplay, which really throw off the combat’s rhythm. Early on I even had a crash when surveying the contents of a bookshelf. Thankfully it only happened the one time, though. 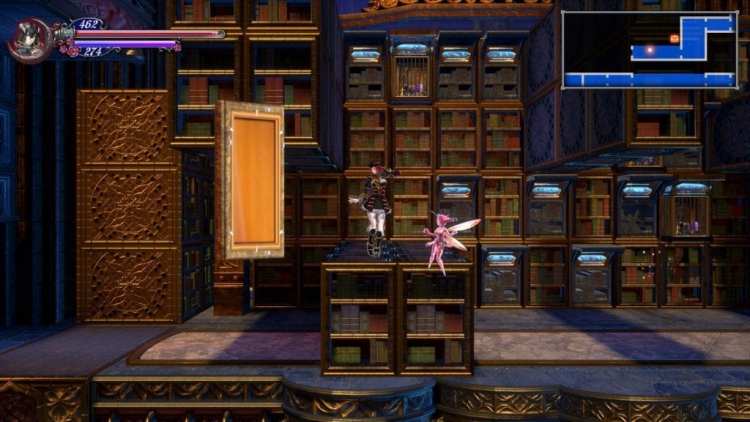 There’s a good amount of content on offer in Bloodstained: Ritual of the Night. The game will take most players over a dozen hours depending on how hard they try to find everything the game has to offer. It also has a plethora of sidequests that range from killing monsters to delivering food and items to NPCs. You can even give seeds to a farmer to get food ingredients. There are also optional bosses, additional difficulties, a second playable character, and a boss rush mode, so this game can keep you busy for a good while.

Bloodstained isn’t perfect by any means, though. On the normal difficulty, the game can often be a total cakewalk. I beat most bosses on my first attempt without even really trying, but the hard mode is certainly much harder. The game also plays it a bit safer than I was expecting, as it seems like it wants to make sure the fans are kept happy. I just wish they had strayed a bit further in some areas. There are some locations in the castle that are too close to areas in Castlevania games, such as the underground waterfall that’s extremely similar to the one in Symphony of the Night.

Overall, though, I’m very pleased with Bloodstained: Ritual of the Night. It does an admirable job of meeting several years worth of hype and is a really good time. It feels great to jump back into what is essentially a series that I’ve been missing for a long while. Castlevania fans should be very happy with this one, as should the developers, as they succeeded in meeting expectations, which isn’t always feasible in the age of crowdfunding. The game is definitely worth picking up for people who have been looking forward to it and, hopefully, it’ll be the same for players who may not be familiar with the series from which it sprung.

Bloodstained: Ritual of the Night

Bloodstained has some mighty big shoes to fill but does so admirably. It delivers a classic, yet satisfying experience that fans have been wanting for years.