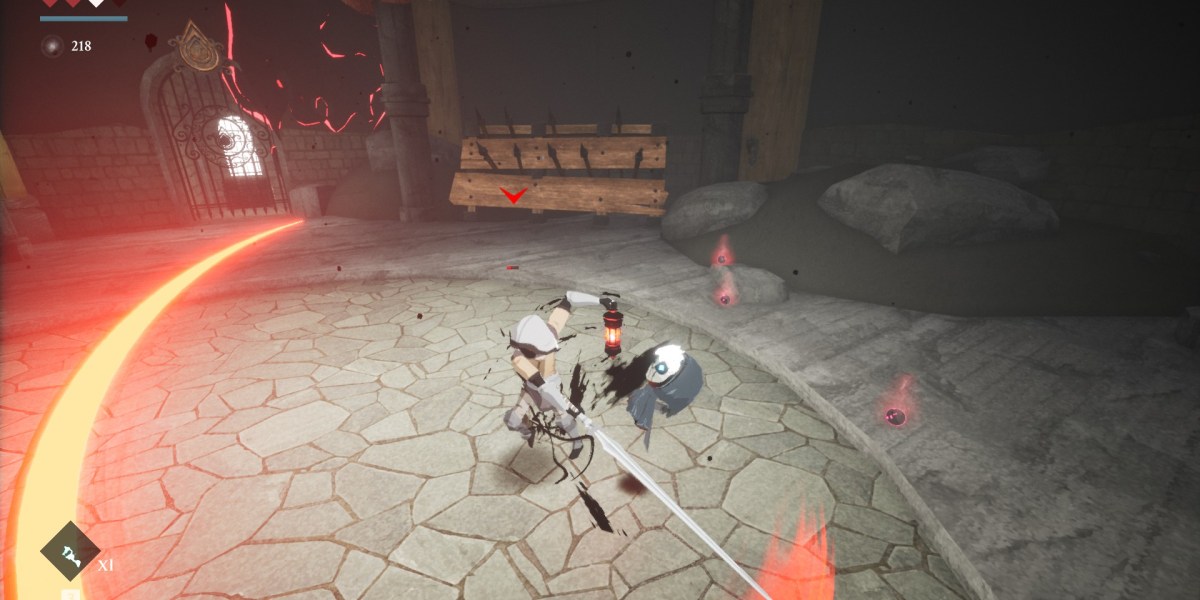 It’s rare for me to play a game that I desperately want to like but often can’t stand playing. Blue Fire is a lot like The Legend of Zelda crossed with a platformer and then mixed with tacked-on Souls-like elements. While the level design and movement controls are above average, the game has many nagging problems and design oversights that pile higher and higher as you play it. There’s clearly talent and some strong ideas on display here, but they’re buried under a mountain of surprising frustrations.

Blue Fire casts you in the role of what I can only describe as a little doll guy. I’m not sure what he is, aside from the fact that he’s part fire warrior and part shadow or something. The narrative concerns a world that has fallen to shadow and a group of gods request that you defeat an evil queen in order to save the land. There’s a lot of dialogue to read and it’s decently written, but the story itself is extremely generic and borderline non-existent. Regardless, there’s a lot of Zelda in the game. From the conversations with ethereal gods who paint long backstories, to the cutesy NPCs that dole out lore and side quests, it’s very clear what is being strived for here.

That sheer devotion to Zelda is also found in Blue Fire‘s structure. At first, you go into two dungeons that have unique items that grant you new abilities. You progress through these dungeons by finding keys to open doors before fighting a boss at the end. Only, there are no puzzles in this game. Instead, you’ll be jumping, dodging obstacles, and wall-running through areas. Once you get out of the second dungeon, you’d assume there are more, but the game drops them immediately. Instead, it focuses on you fighting three bosses who need to be defeated to unlock the last boss. Something felt missing to me, as if there’s only part of a game here and we just have to make do with what’s available. 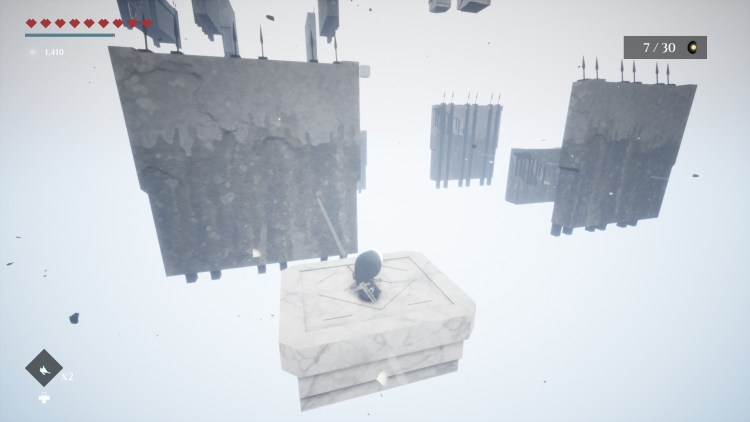 Generally speaking, Blue Fire has mostly acceptable controls. Your character can swing their swords, block, use a magic attack, and dash at the start of the game. How long you hold down the dash button determines how far you propel yourself forward. Combat is an especially simple affair that involves you mashing the attack button until the enemy dies. You can block enemy attacks and can apparently parry them. However, I never noticed the ability to do so, even when I blocked as soon as the enemy attack connected. There’s just not anything substantial with the combat. The loading screen tips kept referring to a spin attack, but I never found it.

The enemies, which are mostly either humanoid or floating turrets, aren’t mechanically challenging to fight. You hit them and move or block when they reciprocate. There’s no actual skill or challenge required by anything. Blue Fire attempts to get around this by having them do ridiculous amounts of damage. The turret enemies are exceptionally horrendous. At times such as in the Temple Gardens, they attack so quickly and powerfully that it seems practically impossible to dodge or come out unscathed. I would sometimes get stun locked to death by these sorts of attacks with little recourse. It’s like the areas were too easy to get through, so the design was compromised by turning up the speed and damage. It feels awful.

Bosses function similarly. The two dungeon bosses you face are jokes — you walk up and hit them until they die. Later, though, the bosses become insanely frustrating. Some of them fly in the air and you’ll need to awkwardly air combo them while jumping in order to stay airborne. But the fights take place over pits that hurt when you fall into them. During these, it’s not uncommon to fall into a pit and immediately take damage from the boss or a hazard the split second you respawn. Blue Fire is full of things like this where there’s a jarring lack of foresight in regards to how things operate. One of the bosses was only hard because you have to avoid spinning blades that give you barely enough time to heal. The fight is one of many things that feel ill-considered. 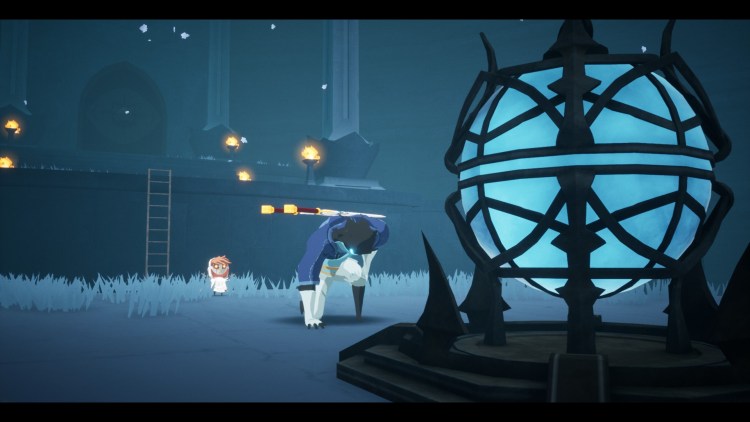 Healing in Blue Fire works via pickups that respawn like Estus Flasks. You can also find more by smashing objects or defeating enemies. The main currency is ore that you strangely get from breaking the aforementioned objects. But you need tons of it to buy anything or unlock the game’s bonfire-esque save points. This means you’ll need to farm ore by breaking objects for a while. If you die, you drop all of your ore and can pick it back up by finding the spot of your death. At least, sometimes. Dying often resulted in my death drop vanishing. I can think of literally no reason for this mechanic to be copied and pasted here. It’s pointless. One boss also caused the game to lock up repeatedly upon respawning. This forced me to restart the program over and over.

Health is represented by heart containers, which you can increase by completing individual platform challenges denoted by statues. These are reminiscent of the old-school stages in Super Mario Sunshine and, to Blue Fire‘s credit, they’re often sound. But sometimes they’re horrible. One especially terrible challenge was hard, not due to the reflexes it required, but because of the camera. The camera often makes it impossible to see everything you need to, which requires a lot of leaps of faith. If you fall off at any point during these challenges, you have to start over from the beginning. Some of them are insufferable, even if the game’s combination of jumping and dashing is responsive, accurate, and can be quite enjoyable.

But there are too many times where the platforms are spaced in a way that requires you to make jumps perfectly or fall into a pit. One of these showed up before one of the three boss battles that unlocked the final boss battle. It often feels like landing many of these jumps is down to luck, as they’re often just too far away unless you have the right powerups equipped. You can equip spirits that can aid your build but a lot of them either require obnoxious amounts of grinding or are hard to find. No one can accuse Blue Fire of lacking when it comes to the sheer breadth of things crammed into it, but it all feels tossed-off and unclear. 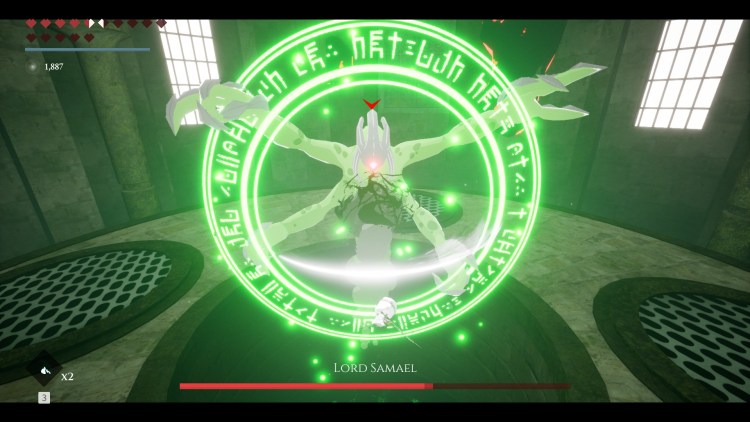 The game world in Blue Fire isn’t especially large, and most players will likely finish the game in about 10 hours or so, depending on how much side content they do. The game seems promising at first before the design randomly shifts priorities. One of the three bosses that act as prerequisites to the final boss is accessed in a way that feels natural, coming as a natural byproduct of exploring the game’s world. The other two require backtracking. The worst of these are the four blue containers that unlock one of the bosses. I didn’t even know how to get the item that allows you to interact with these. You just have to shrug and ignore them until you’re meant to somehow know that an imperative NPC is now hanging out by a specific one, which grants you said item.

Once you have it, you need to tediously collect a bunch of items strewn throughout areas that you’ve already explored. It’s obvious filler that hearkens back to Skyward Sword‘s needless revisiting of older areas. And I think that sums Blue Fire up well. Many of the game’s components are sound, but the design is all over the place and badly focused. When combined with an enormous amount of design issues and game flow problems, we’re left with an extremely frustrating, confusing, and uneven game that was desperately in need of some re-planning. There are things I liked about it, but it’s not worth the time or money. 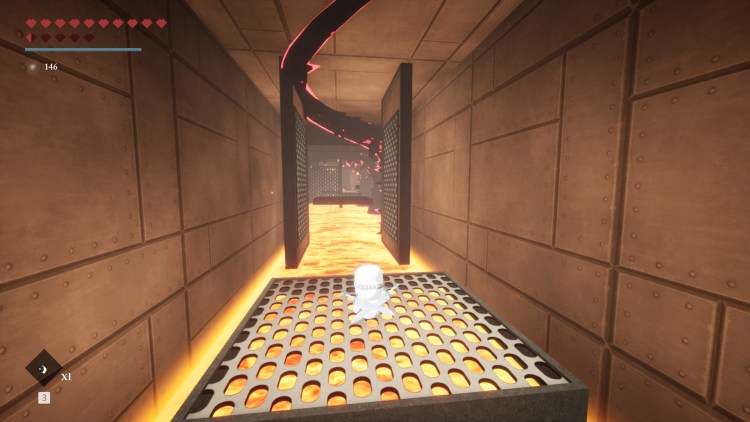 Blue Fire is a game I wanted to like, but couldn't due to its poor focus and loads of ill-considered design issues. Between the balance issues, bugs, and creeping frustrations, there's a lot stacked against the game.

Genshin Impact: Where to find Blue Creatures for the Kurious Kamera