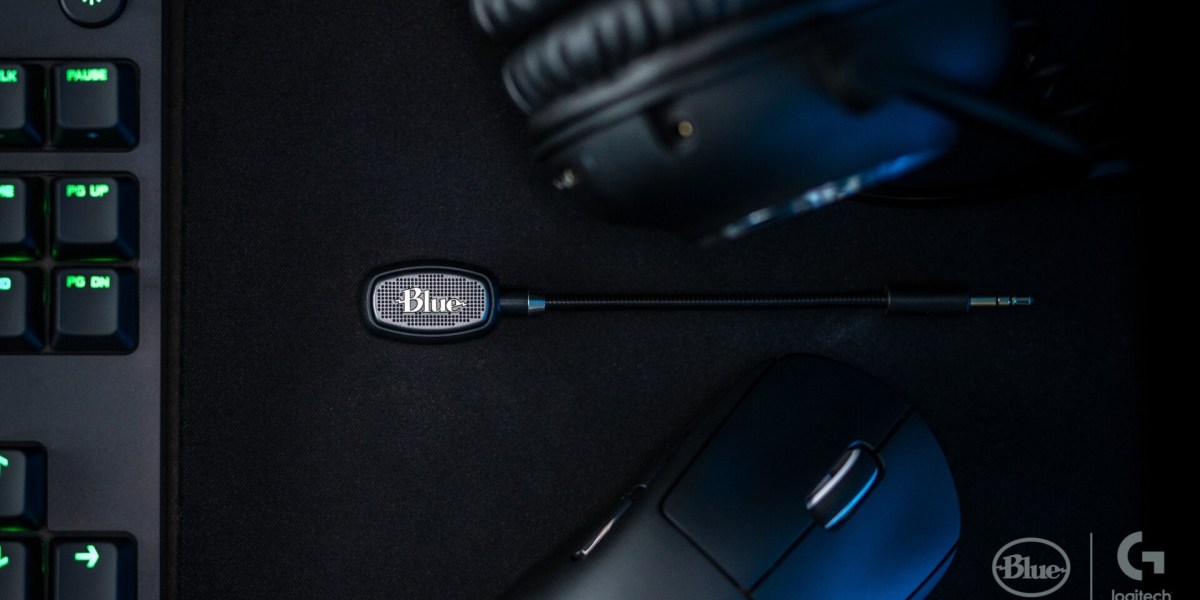 When it comes to communication hardware, one of the best things to become commonplace over the past decade are detachable microphones for gaming headsets. This feature alone has allowed companies to improve their mics without replacing the whole device, adding longevity to products. Logitech is the latest company to utilize this with the release of the Blue Icepop mic for Logitech G Pro headsets.

The boom mic retails at $49.99, and comes ready to go right out of the box. There’s no extra drivers or software to install, allowing users to simply plug it into the headset and start talking with a higher-quality voiceover. The cardioid pattern mic sits at 5.28in (134mm) in length and weighs a manageable 0.53oz (15g). Compared to the original pro microphone, I noticed no difference in added weight. If anything, I find the Blue Icepop to be a more durable-feeling mic that sits right where I want after making adjustments.

With it being a Blue mic, you immediately gain access to the Blue Voice filters within the Logitech G Hub software. This allows you to customize the sound of your Blue Icepop mic to your liking, whether you want a simple or more detailed setup. Personally, I found myself messing with the settings very little. The only thing I needed to do was add a bit more bass to my higher-pitched voice, which is as simple as can be. Again, though, if you need to mess with more settings, the Blue Voice profiles offer you ample options.

Another major feature is the built-in pop filter. Slight background noise likes fans and air conditioners don’t get picked up at all. It also does a decent job at eliminating the “P’s” that come across in a lot of mics when speaking, but if you have a more powerful “pop” than normal — like myself — it still picks up a little too much for my liking.

The original vs. the replacement

Now, let’s talk comparisons. The default Logitech G Pro headset mic is a quality mic, that actually sounds pretty good overall without any tweaking. The only gripe I ever had with that was the louder I got, the less the mic wanted to pick up. Switching over to the Blue Icepop, I immediately noticed it lowered my voice with recordings, by default. This meant that when I got excited or animated in my voice, which is often the case, it still picked up the sounds I was making. The Blue Icepop also seems to pick up the more natural sound and tone of your voice. I was actually impressed at how close my recorded voice sounded to my natural speaking voice, that other microphones just can’t capture without heavy adjustments.

At the end of the day, the Blue Icepop microphone tries to bring a more premium quality addition to the Logitech G Pro gaming headsets. Whether you use it for online gaming, streaming, or podcast recording, it’s going to be a solid option. The pop filter leaves a bit to be desired, but if you don’t have those problems you shouldn’t have any issues with this mic. It really just comes down to whether you’ll feel like dropping $50 on a mic that only benefits you fully if you need the Blue Voice profiles, or have a louder voice you want to make sure gets picked up with no issues.

Adding a Blue microphone to the Logitech G Pro gaming headset increases the quality of the sound immediately, even if the built-in pop filter isn't the greatest I've ever used.

God of War, Returnal, and Demon’s Souls may be heading to PC, if GeForce NOW leak is accurate [Updated]