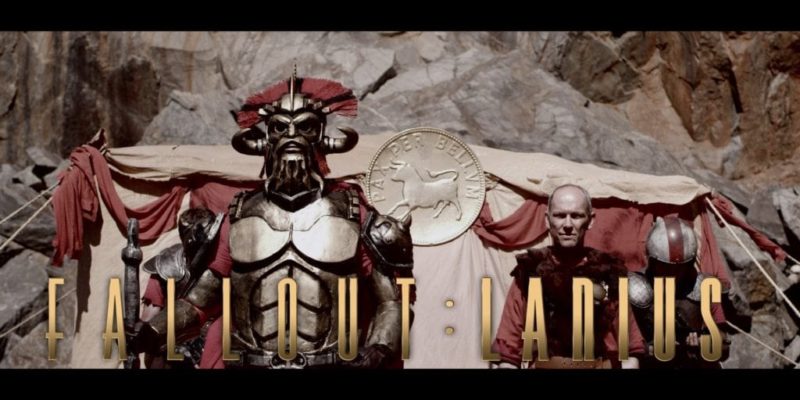 There is one thing that Double Fine do better than pretty much anyone else in the games industry, and that’s write children and adolescents. Most other developers fall into the usual clichés – children are either adorable tykes, or adults in a child’s body; teenagers are sarcastic pricks, or adults in a teenager’s body. But Double Fine capture far more aspects of the younger generations than this: their younger characters retain their youth in the way they speak and converse and act, while keeping enough world-weary cynicism, sarcasm, and humour to prevent them from being at all grating.

This was apparent enough in Psychonauts, Double Fine’s superb platformer based around a summer camp for child psychics. But here in Broken Age – the game formerly known as Double Fine Adventure – they get the chance to explore this more fully, with a pair of teenaged protagonists that share some striking similarities while (literally) being worlds apart.

Not a screenshot, but it shows our pair of protagonists pretty clearly. Vella’s on the left.

These two are Shay and Vella. Shay is a perennially bored teenage boy living alone on a spaceship, looked after by an over-protective computer that insists he call it “mother.” He’s routinely sent on “dangerous missions”, like saving adorable yarn creatures from an ice-cream avalanche, while armed only with a talking spoon. He longs for real danger, and to stop being treated like a child, but his overbearing supervisor insists that he’s too important to risk.

Vella, on the other hand, is a sweet girl who lives in a picturesque village that harbours a few dark secrets. Most notable is the fact that every 15 years or so, the village’s young girls are gathered up and offered as food to an eldritch abomination in the hopes that the beast will spare everyone else. Naturally, Vella is one of this year’s offerings; while everyone is truly enthusiastic about this wonderful honour – her parents and the other sacrifices included – she’s less than happy with her lot, and wonders why the people don’t just fight the monster.

So despite their different circumstances and their different personalities, both characters have a lot of similarities. They’re both being told that their situation is a great honour and a great sacrifice. Both chafe under the responsibility. Both want to find their own path, and both of them – in attempting to fight the fate others have forced upon them – may wind up causing more problems than they expected.

Here, this is darkly funny. In anything else, a festival about sacrificing young women to a terrifying monster would be pretty bloody horrible. Double Fine’s talent for writing and world-building shines through again.

All of which sounds incredibly po-faced, serious, and English Literature-y. I’m truly sorry for that, because Broken Age isn’t even remotely heavy-handed about this. If you’re not peering for meaning behind every word then it’s a funny, well-written, and logical adventure, but with a meaningful core lending some weight to the whole thing.

I’m not going to talk too much about the twists the story takes or the locations each character explores. This is partly because the (lifted) embargo for videos wanted recordings to stop “after the Sugar Bunting Maiden’s Feast in Vella’s world and upon meeting Marek in Shay’s world” (which it turns out is about two puzzles into each character’s respective path), and partly because Broken Age is good enough that I don’t want to risk ruining much.

So what can I say? Well, I can say that Double Fine’s trademark attention to detail is stamped all over the game. I rejoiced in telling basically everyone with ears that Psychonauts had an ability that let you set people on fire and you could use it on every friendly character in the game, each of whom would give an entirely unique reaction. Broken Age does basically the same thing with your inventory objects, with pretty much every character responding differently to your attempts to give them pretty much anything.

I can say that the worlds are wonderfully inventive. Vella adventures around a bizarre low-tech world full of stuff I can’t talk about, but I can probably safely mention that it includes a highly-strung tree that’s utterly disgusted by the nearby lumberjack and a “guru” focused on lightness of being. Shay, meanwhile, is on a spaceship that resembles a nursery more than anything, with control panels that look like children’s toys, a talking spoon that’s more than happy to talk nutritional values, and a marvellously inventive and clever way of getting around space. As mentioned above, though, it’s not all sweetness and light: there’s some genuinely dark humour in here, and some subjects that somehow manage to fit in even with the whimsical humour even though you could probably shove them into a horror game with very mild changes.

This one screenshot probably tells you pretty much everything you need to know about how Shay feels about the situation he’s in.

I can also say that this is a traditional point-and-click adventure. You walk around environments from a fixed, side-on perspective. You click on characters to talk to them, click on objects to pick them up, and click-and-drag from your inventory to use them on the environment. None of the puzzles are forehead-smackingly genius, or even particularly difficult; there are one or two “oh, of course” moments, but for the most part the game is fairly straight sailing. So no, this isn’t a Telltale-esque story-with-decisions. This is a classic adventure – straight and linear, with the only real decisions being the order in which you tackle the puzzles.

It doesn’t have any method of highlighting clickable hotspots on the screen, but there aren’t really any instances of pixel hunting in the game and pretty much everything you can interact with is fairly obvious, for which I would like to thank the gaming overlords. Actually, you know what? There’s pretty much no typical point-and-click bullshit. No deaths or fail-states. No pixel-hunting. No way that I found to get stuck without an object you need. No objects inexplicably appearing in previous locations when you solve a puzzle. No objects you can only interact with or pick up when you need to. This is an incredibly fair adventure.

SPOILER WARNING: No it’s not.

I can say that it’s not the longest game in the world, nor does the option to switch characters mean a great deal. Neither “world” interacts with the other, so there’s no Day of the Tentacle-esque item swapping. I finished it in about three hours, and never got stuck for more than five minutes. That’s not necessarily a bad thing, mind you! This implies that the “whole” game will be about six hours, and what’s here certainly leaves you wanting more. Equally, it’s kind of refreshing to have no puzzles involving putting rollerskates on UFOs to read a message underneath it.

I can say that it’s staggering beautiful. This is a result of the art direction more than anything – once again, a solid and unique art style trumps pure graphical fidelity. It’s also almost impossible to describe for someone as uncertain of art styles as I am, so it’s probably for the best that this review will be accompanied by sumptuous screenshots. Unfortunately, they don’t give you a gist of the animation, but rest assured that it works well.

I can’t say that Broken Age probably going to be one of the best adventures of the year, but for once, that’s actually not a condemnation. All indications are that this is going to be a staggeringly good year for fans of adventure games. Barring everything Daedalic is trotting out, which will likely range from “okay” to “really quite good”, we’ve got at least two Telltale seasons in the works, Broken Sword 5, Kentucky Route Zero, and a whole lot more to look forward to. With all of this solid competition, it’s way too soon to be even thinking about crowning anything with hyperbolic plaudits.

In fairness, I actually thought that this would be more difficult than “use spoon on ice cream.” I mean, come on: there’s no way Shay can eat all of that.

More to the point, though, I can say that I do not regret backing Broken Age at all. No, I can’t say it’s going to be one of the best adventures of the year, but I can damn well say it’s one of the best adventures I’ve played in recent years, and that – even if Act Two, by some bizarre catastrophe, turns out to be atrocious – Act One alone was worth it. It weaves a compelling story, creates an interesting pair of worlds and a fascinating cast of characters, climaxes appropriately (but leaves enough hanging to make the wait for Act Two painful), and is crafted with so much love and wit and pleasure that it’s an absolute joy to play. It’s not perfect and I’m not going to mention it in the same breath as Grim Fandango, but it’s still something genuinely special. If you want to wait for Broken Age Act Two before you hop in to play, then by all means, do so – but if you’re a fan of either classic adventures or basically anything that Double Fine has ever released, you really should play this at some point.

By Kurt Perry12 hours ago
Reviews

By A.K Rahming14 hours ago
Reviews