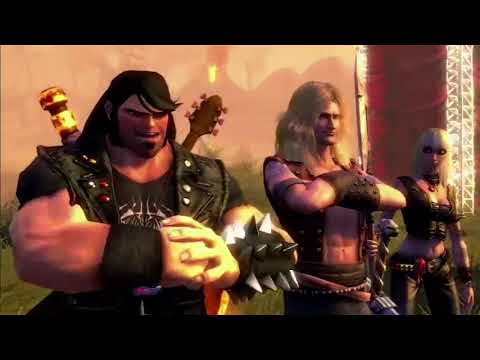 For those who need a metal-themed RTS in their life, Brutal Legend is available for free at the Humble Store. It’ll be there for $0 instead of $15 for the next 48 hours (well, closer to 47 as I write this, but you get the idea).

Starring Jack Black in the lead role, Brutal Legend is often remembered for the spat between DoubleFine’s Tim Schafer and Activision CEO Bobby Kotick (which ultimately resulted in the game being published by EA instead). It also had a demo which gave the impression it was more of an action-adventure game than (in fact) mostly an RTS. None of which really matters a great deal at this particular moment, because you can just get it and play it for free.

To do that, you need a (free) Humble account, and allow that account to link to your Steam one. Beyond that, it’s the usual case of just plugging the key Humble gives you into Steam. It’s an unusual game, and certainly has claim to the best heavy metal soundtrack in this medium.

The Humble Store is, as of this year, now owned by j2 Global, AKA Ziff Davis, AKA IGN.

By Lauren Sayles45 seconds ago
News