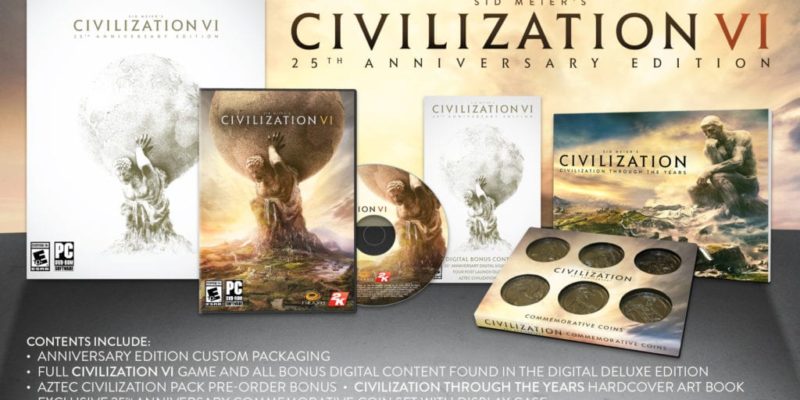 2K will be selling a $90 ‘25th Anniversary Edition‘ of Civilization VI, complete with art book and ‘commemorative coin’ set. The bundle is said to be produced “in a limited quantity”, although I’m sure they’d get around to making more if they were selling like the hottest of cakes.

As well as the Civilization VI game (obviously), this Edition includes a “25th Anniversary Digital Soundtrack and access to four post-launch DLC packs that will add new maps, scenarios, civilizations and leaders for a bundled discount”, plus the Aztec pre-order bonus that gives people that civ 90 days ahead of everybody else.

Along with those things, you get the aforementioned art book (100-Page Hardcover) and the “Exclusive 25th Anniversary Commemorative Coin Set with Display Case”. Looks like you get six coins, so presumably one for each Civ game.

Civilization VI will be released for PC on 21 October.