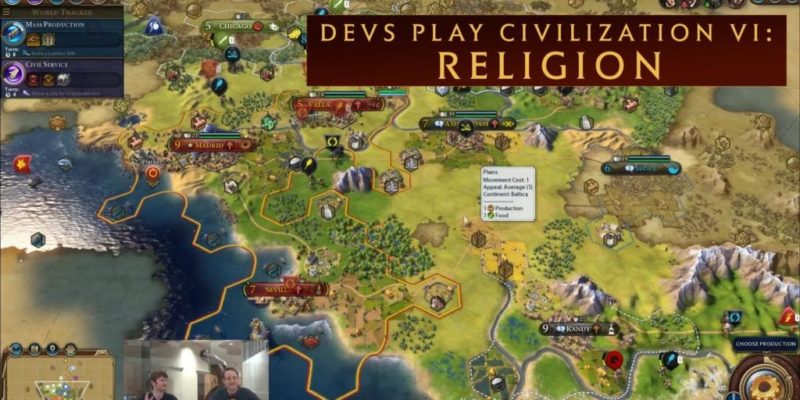 Firaxis have uploaded footage from yesterday’s livestream of Civilization VI to their YouTube channel, showing a full hour of Ed Beach and Anton Strenger playing the game. It opens with twenty minutes or so of play with the recently revealed Norwegian civ, then finishes up with lead designer Beach playing as Spain for the next forty or so.

As indicated by their trailer yesterday (and by, well, real life history), Norway are a strong naval power with a heavy emphasis on coastal raiding. In the livestream, they spend a fair amount of time harassing Japan’s shorelines and rapidly exploring large portions of the map.

The Spain play-through has a focus on religion in Civilization VI. It shows the ‘ambient’ religious pressure exerted by holy cities, as well as the active participation of units like missionaries and apostles in working towards a religious victory. The latter is achieved when all the major civs left in the game adopt the same religion as yours. Of course, if a particularly stubborn civ happens to be destroyed through warfare, that helps towards achieving the goal too …

Here’s the full hour of gameplay.