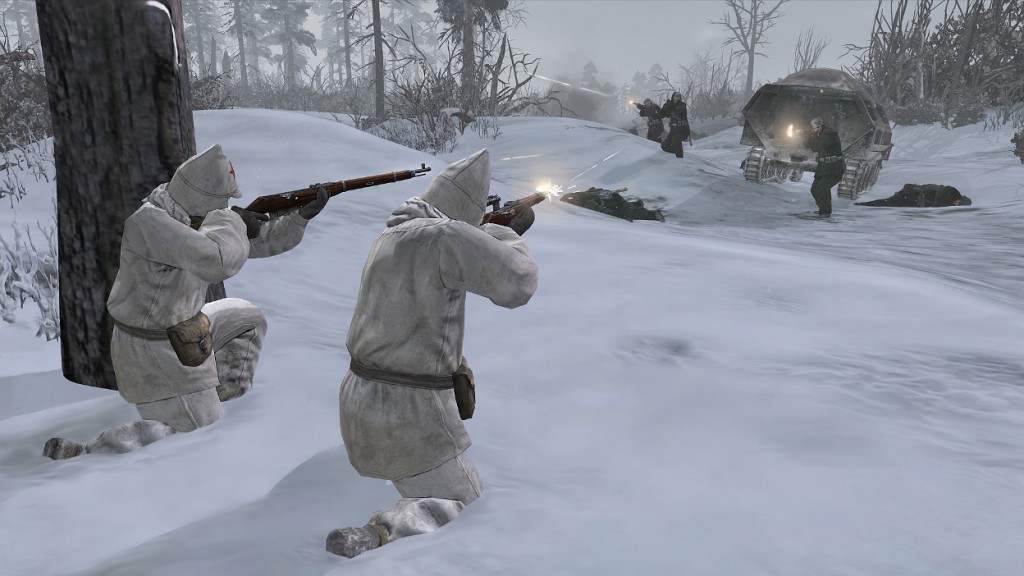 As part of Relic Entertainment’s drive to make Company of Heroes 2 as authentic as it can be, weather is dynamically simulated using a ‘ColdTech’ system.

The system allows for dynamically changing weather that aims to recreate the harsh winter conditions of 1940’s Russia along the Eastern Front which was being fought over between Nazi Germany and the Soviet Union.

Infantry units can freeze to death if left in wind swept open areas for too long, blizzards can swept in without warning and tanks can crash through frozen ice.

Essentially, the idea is that you’ll need to fight the onslaught of the weather as well as the Nazi’s.

You can read a lot more about the system, and more, in our Company of Heroes 2 preview which has gone live today.

Relic: Original Company of Heroes yet to be bettered

Mass Effect movie to be based on first game, script finished