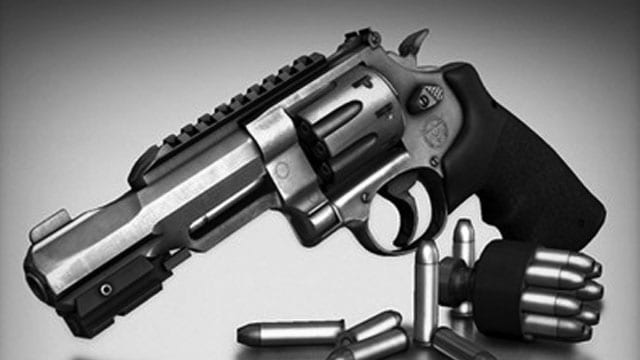 It’s been a tough couple of days for Counterstrike: Global Offensive players following the launch of the Winter update thanks to a single weapon addition. That pesky R8 revolver.

When the update launched a couple of days ago players were dismayed to find that the new R8 revolver was completely overpowered which caused an uproar with the community and pro gamers.

Today the R8 has had its damaged reduced and it now has a longer firing time. Other weapons have also been rebalanced. The update explains:

On Tuesday we shipped some major gameplay changes in CS:GO including the R8 Revolver, and players have been voicing legitimate concerns over the balance of the weapon as shipped.

While it typically takes more time to generate enough data to drive an update (and gameplay updates are always a bit disruptive), in this case it’s clear that we got the damage wrong and can respond immediately.

So today we’re updating the R8 Revolver to bring its values to be more in line with other weapons: among other changes, its damage has been reduced and it takes slightly longer to fire.

As experience with other new weapons (e.g., CZ75a and M4A1-S) has shown us, it may require several iterations over a longer period to find the stable values that create interesting strategic choices for players. We’re committed to monitoring usage and adjusting the values as required.

Tuesday’s update also included several other changes to gameplay (including a rebalancing for pistols and rifles). It’s still too early to determine their impact but we’re just as committed to monitoring the new meta and ensuring that as CS:GO continues to evolve, it remains fun, skillful, and balanced.

So how bad was it really? This video pretty much sum it up.

DayZ’s predatory animals are another thing to worry about