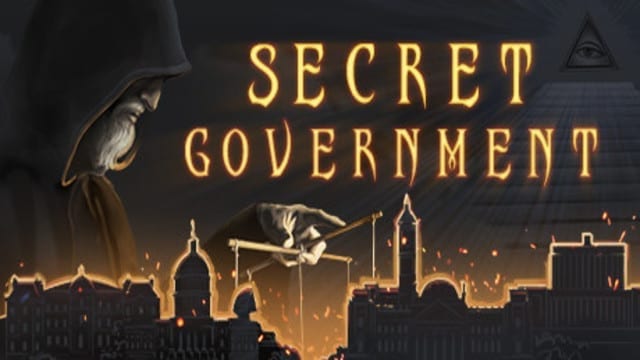 If you’re looking for a grand strategy game with a twist, Secret Government might be for you. Developer GameTrek and publisher 1C Entertainment have announced the release window for the game, which will be out on Steam Early Access in October. Secret Government allows you to manage your own secret society across a geopolitical sphere. Imagine pulling the strings behind the world’s superpowers from the shadows in a true Bond-villain style.

Secret Government starts in the 18th century and leads up to our present age. Your task is to lead your secret society and spread your influence across the globe. The game also allows you to rewrite key historical events such as the War of Independence as well as the French and Napoleonic Wars. Resource management plays in tandem with manipulating the actions of the world’s leaders. You can also plant agents in vulnerable regions and infiltrate powerful institutions of authority. Anyone can become a puppet under your manipulative strings as you exploit their resources, seizing control of decision-makers.

Your secret society won’t be the only one exerting influence and lurking behind the curtain. There is also a rival secret society against whom you must compete. So you have to make every action and choice count in order to outwit your rivals. It’s also necessary to maintain your secrecy and level of infiltration, so it’s important not to show your hand. Otherwise, your rivals will take advantage as you try to exert influence out in the open.

Each mission in Secret Government will drop you in the midst of major global conflicts in order to manipulate their outcomes. It’s imperative to make sure the world’s superpowers serve the ambitions of your Brotherhood. Both national rulers and military superpowers have to come under your thumb as you learn to manipulate them to leverage their abilities. You can also exert an indirect influence by planting agents that will indirectly coerce their fellow countrymen to do your bidding. Secret Government features over 50 types of actions that can upend the world’s balance.

Secret Government is a living world

You’ll be able to manipulate ideologies and social classes, as well as taxes and civil unrest. Secret Government aims to simulate a living world much like our own with its many competing interests. Countless interconnected sociopolitical systems aim to make for a believable world experience that should react to your actions and decisions. You can choose to destabilize the system and trigger worldwide changes. If it works as intended and it features a complex AI system, this might be a unique take on the grand strategy genre. Early Access will probably help to make sure it’s up to standard.

Secret Government will release on Steam Early Access by October. You can already wishlist the game on Steam, and also follow GameTrek and 1C Entertainment on Twitter.

What do you think of Secret Government? Do you think it will provide a unique twist on the Paradox Interactive brand of grand strategy? Drop your comments below and tell us what you think!