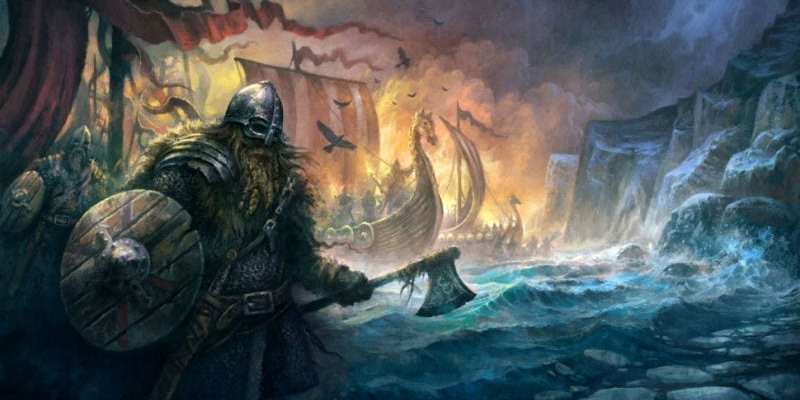 Since the game’s launch in 2012, Crusader Kings II has wracked up 15 expansions and counting. But not all of them are worth the time and money. Some add major improvements to specific religions or cultures without doing anything for others. Then there are certain expansions that benefit from previously released DLC. As someone who has been playing the game from the start and has tried out every expansion and DLC that Paradox Interactive has provided.

For the sake of clarity, I’ve arranged the expansions/DLC from worst to best while also summarizing the features they provide. I’ve also added a (dis)honorable mention for a certain offering. We’re kicking off our list with what might be one of the most controversial DLCs in Crusader Kings II history: the Ruler Designer. The feature allowed you to customize your ruler’s looks, traits, and heraldry before you start a game for a $4.99 price tag. It’s a feature that should have been included in the base game from the start or as a free update, which has earned the ire of many players. 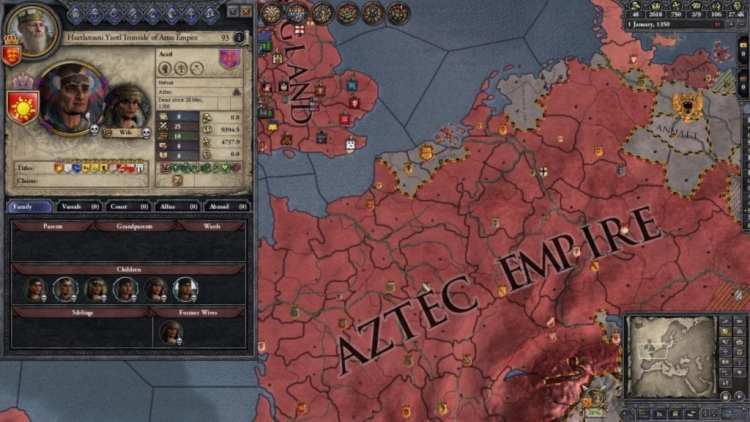 Sunset Invasion isn’t so much an expansion as it is a glorified event. The highly unrealistic Aztec invasion of Europe is not something that history fans appreciated. But it did make Western Europe a lot livelier for a time. 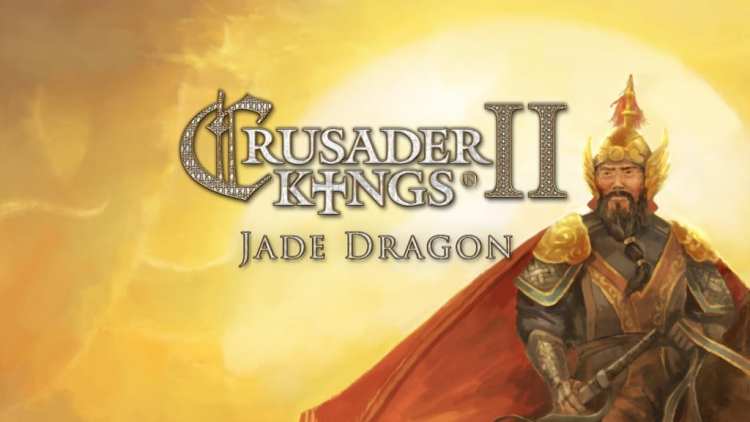 Jade Dragon has all the right ingredients to make it a brilliant expansion. Unfortunately, it’s like the Sunset Invasion but set in the East. The mechanics just become a little too ahistorical and anachronistic. It’s also worth noting that you’re going to have a hard time maximizing your enjoyment if you don’t have Horse Lords, The Old Gods, or Rajas of India since the action takes place on the eastern end of the map unless you allow for zero restrictions when interacting with China.

Jade Dragon did try to follow in the footsteps of its older cousin, Horse Lords. With this expansion, you’re able to establish tributary states while giving more flavor for nomadic rulers and enjoying the benefits of a pre-determined Silk Road. There’s just one problem. Playing as nomadic rulers was already possible via The Old Gods which released two years prior. So for the most part, this expansion just offers Mongol hordes and steppe nomads. It’s as niche as it gets. 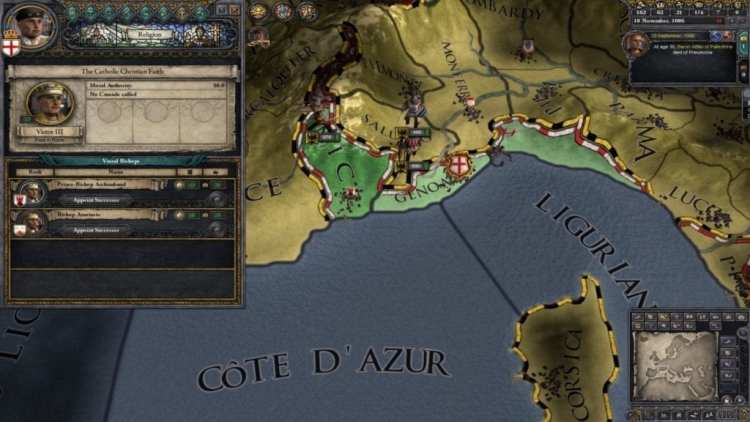 Continuing with the trend of “only if you want to play as a specific faction” is The Republic. This one allows you to play as various merchant republics in the game world. Horse Lords added trade dynamics via the Silk Road in the East, while The Republic is an earlier analog for the West.

For the most part, you can enjoy a game of Crusader Kings II without ever playing as a merchant republic. Although, it’s worth noting that their trade posts can cause quite the border gore when using its specific map mode. 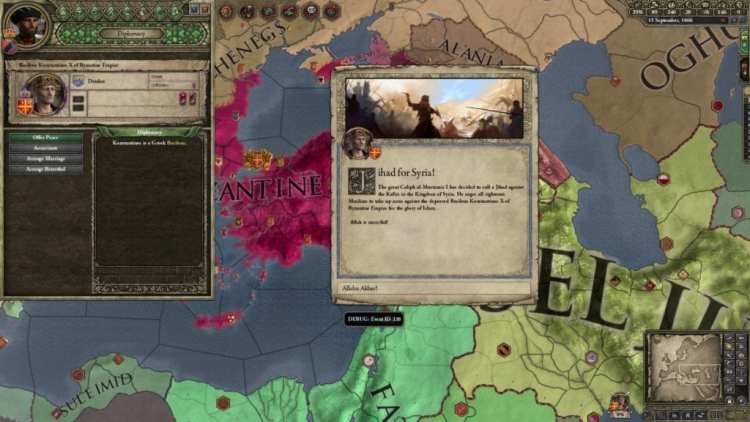 The first expansion for Crusader Kings II was important in that it let you pick Muslim rulers to reenact their bloody rivalry with Christendom. The reason it ranks so low is that Sword of Islam only gave you the chance to play as them whereas the free update that came with it already allowed AI Muslim rulers access to these mechanics. So, it’s another question of whether you want to play as a certain religion/faction or not. Also, the mechanics for Islamic rulers weren’t too fleshed out with Decadence becoming a major issue to properly handle and simulate in the game.

Rajas of India is another expansion that only focuses on a niche choice. This time, it’s Indian rulers. You can freely interact with these new rulers/nations, but to play as them you’ll obviously need the expansion. 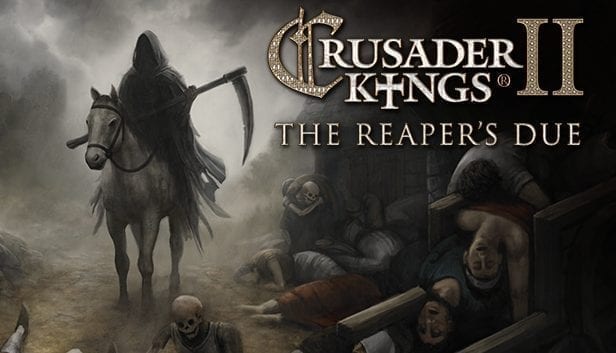 The Black Death, one of the most devastating plagues in human history, takes center stage in this expansion. The Reaper’s Due focuses on diseases and their (sometimes insane) cures, as well as a new court physician appointee. The expansion adds more dread and morbidity to the game. But more often than not, these events would cascade to ruin your playthrough. That’s why I ranked it a lot lower in spite of these features. While most expansions focus on specific religions or cultures, Sons of Abraham tries to spread the love across all three Abrahamic religions. Catholics and Muslims get new events and features. Meanwhile, Jewish leaders have all new event chains to form Israel. It adds more unique choices for Holy Orders too. Sadly, many of these mechanics feel more like minor gameplay tweaks than an expansion.

Initial Conclave features Conclave such as Shattered Retreat became a cause for criticism, but has since become a toggleable option. At its current state, Conclave is one that both adds depth to the gameplay but can become problematic. Crusader Kings II playthroughs always had players worried about vassals. Now, it’s become almost mandatory to keep an eye out for their ambitions and to make the most out of favors. It’s both a blessing and an annoyance, especially when every nobleman is a selfish asshole. 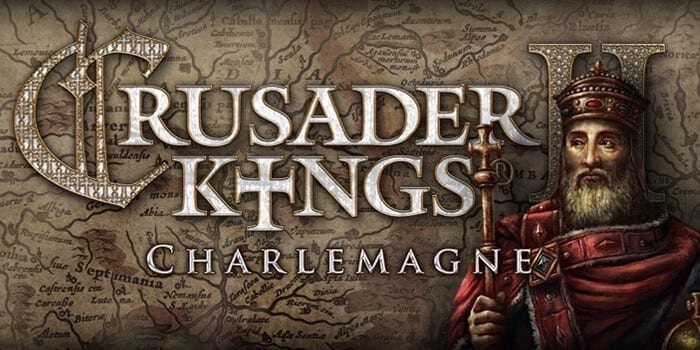 Charlemagne pushed the game’s start date back to 769 AD, well before the Vikings started rampaging in Europe. Even Zoroastrianism (requires The Old Gods) and Zunist beliefs had a chance to properly spread. It also added viceroyalties, a godsend if you don’t like handing out landed titles, and custom kingdoms and empires. The sad part is that the expansion feels empty beyond that. All these boring centuries make you long for the original start dates. 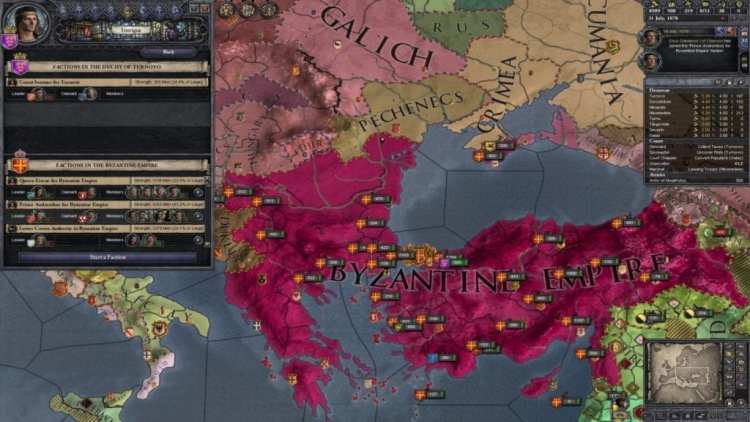 Legacy of Rome focuses on the Eastern Roman Empire/Byzantium. It’s also one of the more recommended DLCs given that the Byzantine Empire is already playable at the start. It provides historical challenges while being one of the cheapest expansions Crusader Kings II has ever had. Lastly, it adds Retinues, so you don’t need to raise levies, lose cash, or see opinion drops from vassals. Retinues are fully owned and controlled by you, completely changing the mid to late-game experience. 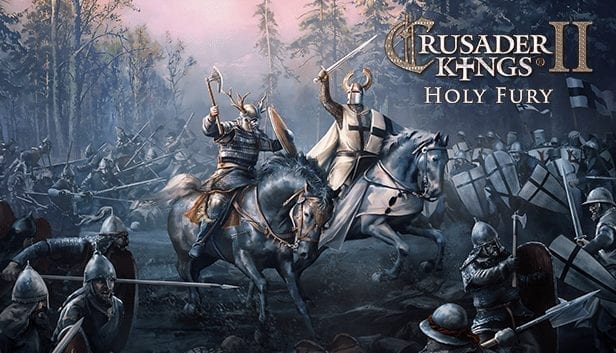 Holy Fury offers a major overhaul that freshens up Crusader Kings II’s vanilla gameplay. You gain a slew of new features with this DLC, including Bloodlines and Warrior Lodges. You even get to play as Pagan rulers without needing The Old Gods expansion. Still, it’s worth noting that some mechanics such as Coronations and Sainthood, feel more like odd quality of life inclusions. The Shattered/Randomized Worlds feature might feel limited since you still need a number of DLC for some creative new nations to become playable.

You still need more DLC to fully appreciate the expansion, but doesn’t change the fact that it’s one of the better ones out there. It’s something you should definitely grab if you already own most of the core DLC expansions. If there’s one more factor worth considering, it’s that Holy Fury benefits from having an excellent free update. 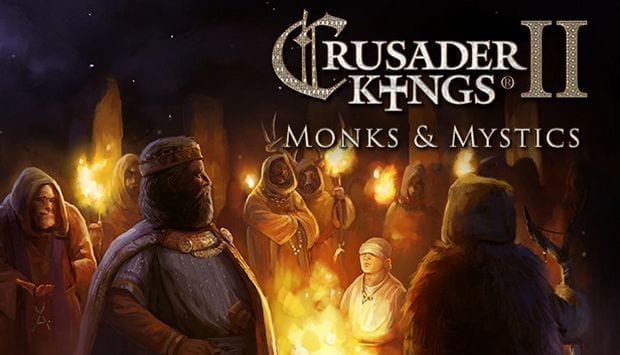 If you thought that Warrior Lodges for Pagans in Holy Fury was cool, then you’ll be glad to know that they’re available for a lot of other religions by way of Societies in Monks and Mystics. While a no-DLC playthrough will allow you to join secret societies, it’s only with Monks and Mystics that many become available.

It also adds new events for councilors, a fourth action, and relics. Unlike Reaper’s Due or Conclave, this one oozes more roleplaying flavor without being too detrimental for your playthrough.

This expansion Crusader Kings II add-on offers the most bang for the buck. Way of Life allows you to add a Focus for your characters. It truly revamps the way each game and ruler plays out. It successfully turned Crusader Kings II from just another grand strategy game to one that fully embraced roleplaying mechanics, and for a very cheap price to boot. 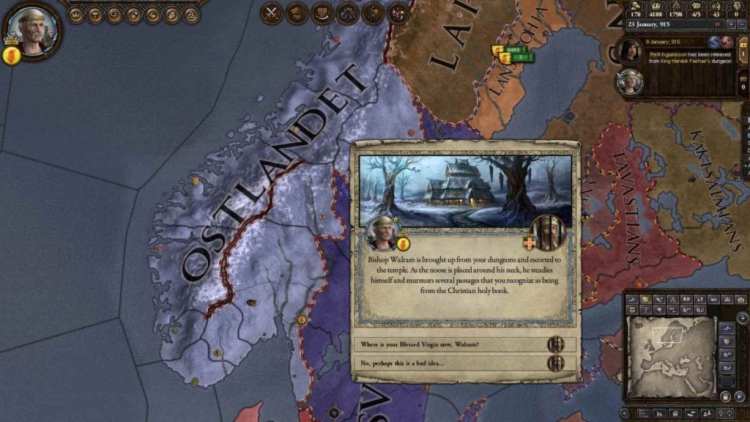 Finally, we come to that one expansion that is almost universally loved: The Old Gods. For the first time ever, it allowed Pagan rulers to become playable.

Unlike Holy Fury, these playable heathens aren’t just your run-of-the-mill descendants or pushovers, they are the Viking sea lords and Slavic hordes. Unlike Sword of Islam, these world-changing conquerors had mechanics that were fully fleshed-out and helpful to your cause. And unlike Charlemagne, the time period and new start date of 867 AD is action-packed.

There you have it, our list for the best and worst of Crusader Kings II’s expansions. Agree or disagree with some of these choices? Let us know in the comments section. Now, if you’ll excuse me, I’m off to castrate one of my prisoners just so I could turn him into the Court Eunuch.

Destiny 2: Black Armory – Everything You Need To Know