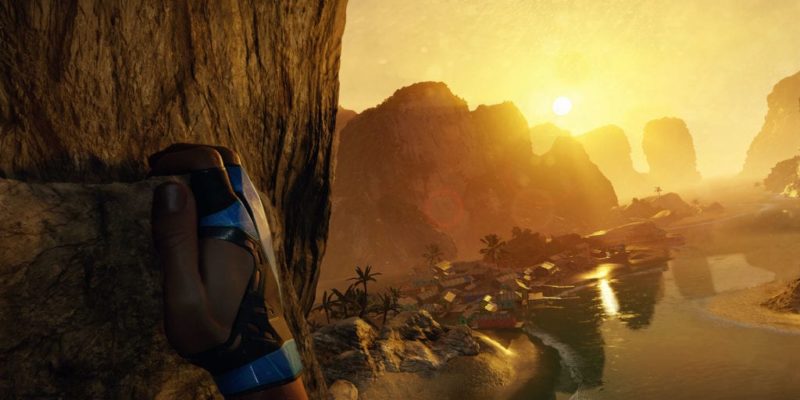 Another new title has been revealed today for the Oculus Rift,  it’s called The Climb and it’s coming from Crytek’s Frankfurt studio.

This a VR climbing experience will challenge players to free climb with the use of a headset and an Oculus Touch controller or standard controler.  Crytek are hoping they’ve created something that will give most players the fear as they scale cliffs in some fantastic looking locations.

Players will have to find the best routes up the cliffs and make risky leaps with their disembodied hands to reach the summit. Whether it will have mass appeal remains to be seen but Crytek, like most developers working with VR, are trying to push beyond the screen experience which can only be good for the future of VR.

Founder, CEO & President of Crytek, Cevat Yerli, said: “Gaming has always given us the opportunity to place ourselves in otherwise impossible scenarios, and VR technology such as the Rift makes us feel present in those scenarios like never before. The Climb invites players to experience the intensity of one of the world’s most dangerous sports, and they’ll truly feel the thrill of being thousands of meters above the ground with nothing but their skill and a few precarious handholds to rely on.”

This teaser trailer shows some of the action, but as with all VR game trailers, it doesn’t convey the actual experience of doing it with a VR headset strapped to your face.