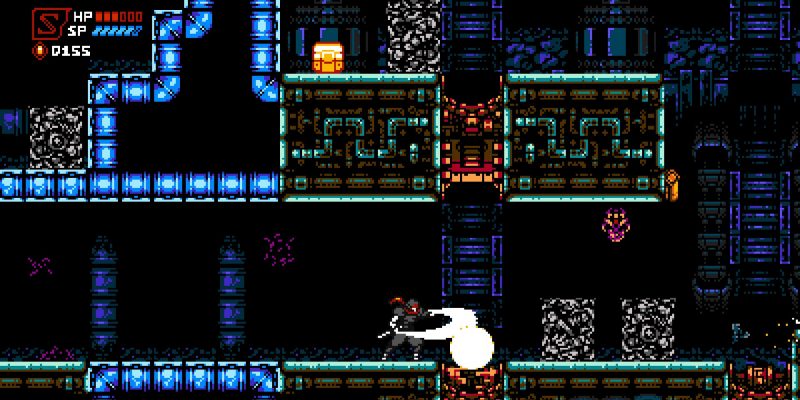 Cyber Shadow is now out and many will notice the Yacht Club Games name attached to it. No, the esteemed Shovel Knight developer didn’t make the former, but the games are going to get compared all the same. I figured I’d save curious players the time and break down what the two games have in common. And, more importantly, what they don’t. Which are most things, really.

Obviously, they’re both tough platformers with 8-bit visuals. Both of them give the player infinite tries via respawning at specific checkpoints. They’re also both divided into levels technically, most of which can be returned to for further searching at a later time. Each game has a lot of boss battles, frequently at the end of level sections as well. The main characters in both Cyber Shadow and Shovel Knight can have their health and special meter increased. Health bars in both games is red, while specials are blue.

You’ll also find instakill traps regardless of which game you’re playing. Cyber Shadow doesn’t have as many death pits as Shovel Knight, but they do share a love for instakill hazards. More importantly, both main characters will have to use a downward attack move while in the air to bounce off of their foes, which you’ll often have to chain to accomplish your immediate goal. Both games also have secrets hidden all over their levels, with plenty of hidden walls and tougher optional pathways that can yield bonuses. You’ll routinely find currency in both games as well. They’re even of somewhat similar length, though Cyber Shadow will probably take an hour or so longer. Finally, both use special moves that are tied to their magic meters. 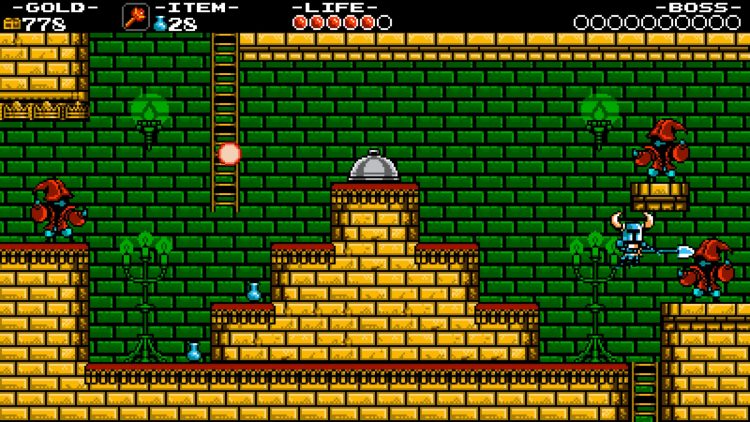 On the other hand, there are plenty of disparities between the two games. Clearly, their tones are noticeably different, with Cyber Shadow being dark and dystopic while Shovel Knight is bright and funny. The former’s levels are all connected to each other in a lateral way, while the latter uses an overworld map to get around. Shovel Knight drops money when he dies, but Shadow doesn’t lose anything. This is probably because you’re expected to die a lot more in Cyber Shadow. Currency in Shovel Knight is spent via interacting with NPCs so that you can buy meter increases and relics. In Cyber Shadow, currency is used to permanently power up individual save points so that they’ll fully heal you, restore your special meter, or give you a temporary item that breaks after you get hit a few times.

The gameplay in both games is drastically different. Cyber Shadow is more nimble and ends up giving the player a lot of mobility options, including dashing and wall jumping. It’s just a faster game that’s focused on precise movement and reaction speed. Shovel Knight has to be careful when he hits things, as there’s some knockback, but Shadow can swing his sword to his heart’s content. His attacks also come out much quicker. Shadow will also need to collect health and powerups out in the levels themselves, instead of being purchasable with money like in Shovel Knight.

Cyber Shadow and Shovel Knight do have some things in common, but, as you can see, they’re different games that scratch separate itches. They’re both highly enjoyable in their own right and well worth playing, but which one you like more is going to come down to personal preference. Personally, Cyber Shadow is more my speed, as I absolutely adored the range of movement and specific type of level design it was going for. But your mileage will vary. Still, you should play them both. 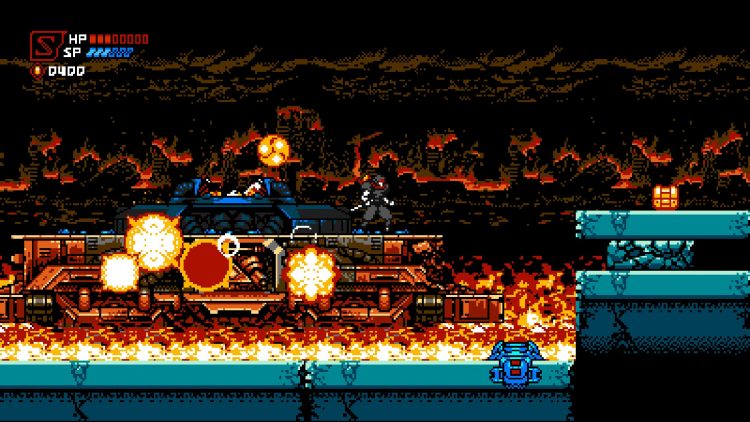