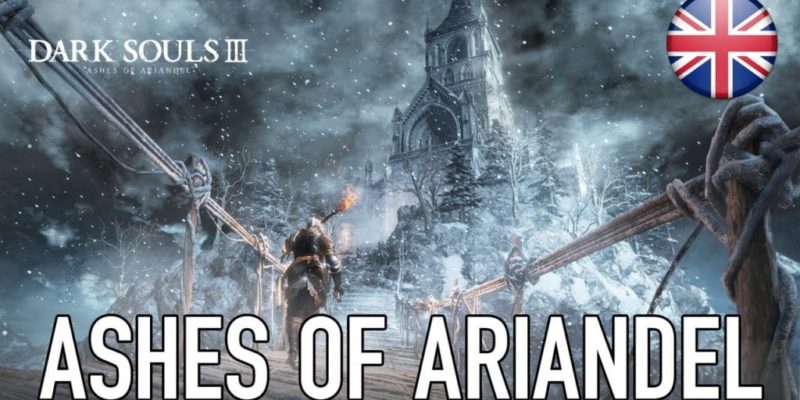 Following yesterday’s accidental announcement, Dark Souls 3: Ashes of Ariandel has been properly announced, with screenshots and a trailer and everything.

As you would expect, the trailer is staggeringly cryptic and ends with someone chuckling evilly, so it’s definitely proper Dark Souls territory. This time around you’ll be heading into an unnamed icy environment full of new enemies and lore, on a quest to figure out exactly what defiled the land so badly. And then probably punch it. Or at least punch the results of it, and mournfully learn that there’s nothing you can do to un-defile things, because this is Dark Souls.

Weirdly, the trailer also shows most of the boss battles with the Lords of Cinder from the base Dark Souls 3 game, as well as the most difficult bonus boss from the base game. Whether that’s a “look at the impressive bosses” thing, or if it’s hinting at some sort of connection between them and the new area (or a boss rush-esque sequence) I have no idea. As ever, I strongly suspect the trailer will show off some of the DLC’s biggest bosses and enemies, so you might not want to watch if you fancy being surprised.

Dark Souls 3: Ashes of Ariandel promises new weapons, new armour sets, new magic spells to play with, and “new features for the game’s wildly popular competitive multiplayer mode”, some of which you can see in the trailer below. It looks sort of like this might be doing an Artorias of the Abyss and adding dedicated PvP areas, judging by the name of one of the screenshots below.

The screenshots following the trailer are named, so if you’re trying to figure out what stuff means, they’re named as follows: Enemy1, EnemyFather, Knight with a Weapon, Magic, MapOn Bridge, MapSnow Hill, Miracle, PvP Area. And yes, EnemyFather does look like he’s making a cameo from Bloodborne.

Dark Souls 3: Ashes of Ariandel is due to launch on 25 October, with a second expansion “expected” in early 2017. Screenshots and trailer follow.

Overwatch Sombra ARG is now counting down to something