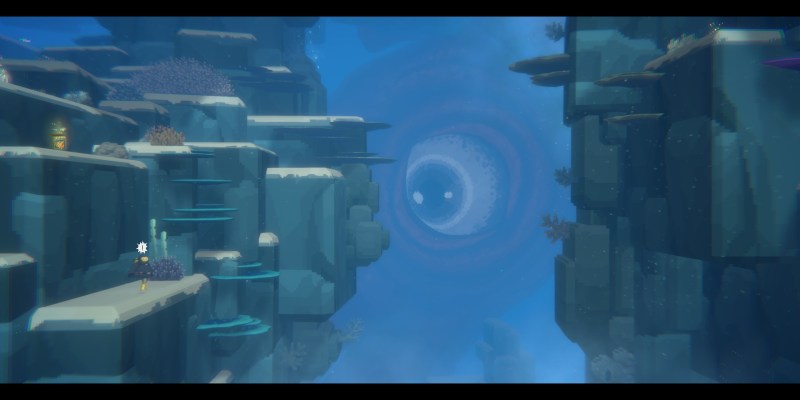 I’m always happy to try out games that mix restaurant management with other genres. And Dave the Diver is one of the most promising games of the sort that I’ve seen. It just hit Early Access, and is set to stay there until it releases sometime in the first half of 2023. The current build contains the game’s prologue and first three chapters, with the rest to come with updates. The game already has hours of playtime and is quite a unique experience. But the question stands — is Dave the Diver worth it in Early Access, or should you come up for air before submerging yourself?

Dave the Diver is, unsurprisingly, about a diver named Dave, who partners with a man named Cobra and a chef who goes by Bancho (a Japanese word meaning “chief”). Their goal? To make Bancho’s restaurant, Bancho Sushi, a successful enterprise. It’s Dave’s job to catch the restaurant’s fish and then assist Bancho in running the restaurant. But there are other elements at play, such as a mysterious kraken with a penchant for sinking ships and artifacts from an undersea civilization waiting to be found. There’s a fair amount of dialogue and plot, so you have more than just gameplay to sink your teeth into.

Each day is quite simple. You can dive twice per day — once in the morning and once in the afternoon. While you have a harpoon that you use to catch fish, you can also dispatch them with melee weapons and even guns. You can use cash to purchase upgrades that allow you to dive deeper, hold more oxygen, expand your inventory, and increase the usefulness of your harpoon gun. Naturally, this means your dives get more efficient with regularity. If you run out of oxygen, you’ll get rescued and only get to keep one item you obtained. So keeping an eye on your oxygen gauge and returning to the surface before long is important. 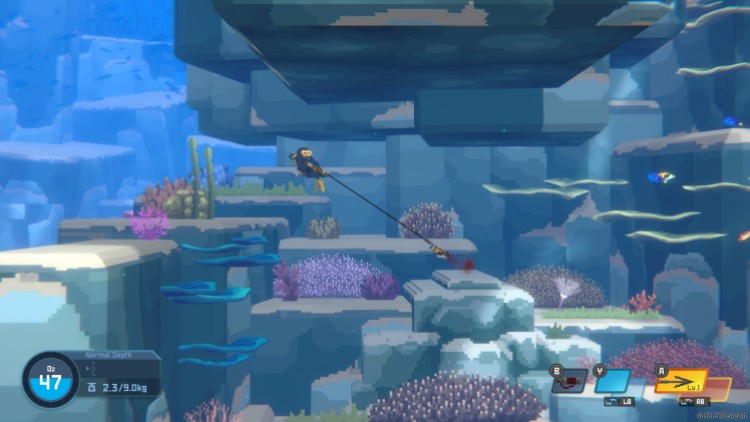 At night, Dave goes to Bancho Sushi to serve customers. Bancho cooks, so Dave has to take sushi to the customers, serve them tea, and clean up. Before each shift, you set the menu based on what fish and other ingredients you have in stock. You can also redecorate. You get new followers on the Cooksta app each night, which allows you to rank up and get new dishes for sale. Dave the Diver is surprisingly deep, all things considered (pun very intended).

Completing missions for various characters moves the plot forward in Dave the Diver. You may need to help an archaeologist find traces of the aforementioned undersea civilization, or you’ll have to find certain fish, ingredients, or items for various others. There’s a lot to the game, and I’m highly impressed so far. And I haven’t even mentioned the wonderful visuals. The game mostly makes use of charming, detailed pixel artwork, with animated pixel cutscenes that look terrific. But the game really shines when you’re in the ocean, as a commendable effort was made here to adequately depict the ocean and the creatures that live within it. 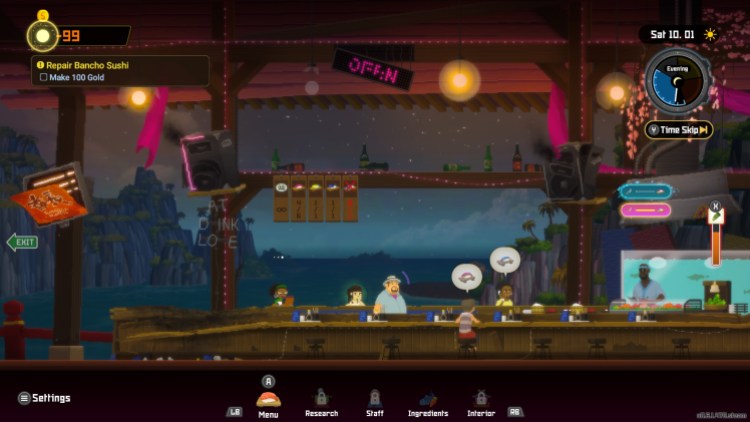 Dave the Diver is absolutely worth it in Early Access. It’s already a truly interesting title and will only become better with the passage of time. Catching fish, serving them to customers, and upgrading your gear makes for a satisfying gameplay loop that few other games can match. I can very easily recommend this game to anyone interested in the subject matter.