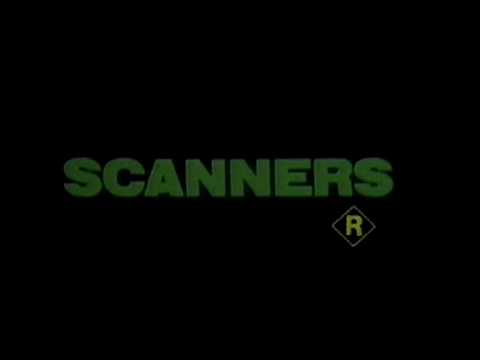 I’m not really sure which horror film was the first to use ‘audience reaction shots’ in its marketing, but the technique was being deployed as early as this 1981 teaser for Cronenberg’s Scanners. The idea is now pretty commonplace, with heavily choreographed shots of audience terror being used almost as a form of conditioning. Look how terrified these people are: you will be too.

Zombie Studios’ Daylight title used exactly the same method in its pre-release marketing campaign. Rather than show footage from the game, it just showed QA testers playing it and being spooked.

The manner of scares presented by Daylight – predominantly quick shocks, jump-scares and startling moments – seem engineered (almost cynically so at times) to cater directly to that streamer/viewer relationship. It’s something of a participatory horror title, one to be played through with a group of friends or online crowd, and then forgotten about. There isn’t much here that will stay with you long into the night, nagging at ancient, superstitious areas of the brain.

You play as Sarah, a confused and easily alarmed protagonist who wakes up in an old hospital with nothing but an off-brand tablet device, glow-sticks and mysterious expository voice for comfort. With the aid of this guiding voice and some on-screen text prompts, you realise that your task is to look for ‘remnants’ (text documents, basically) in this semi procedurally-generated environment. Rather than an invitation to start an impromptu rave, the curiously short-lived glow-sticks are actually there to help you locate clues with more ease.

These opening moments, before Daylight has dealt its full hand, are actually the game’s strongest. Each bit of audio-visual trickery is new and you’re unsure what might constitute a threat. This first half hour is effective at building up a sense of dread and gradually introducing the concept of “the shadows”; basically a irate Ghost Lady who’ll bother you with increasing belligerence as you collect more of the remnants on a given level. You can see this build up and ghost-reveal pay off in the footage I recorded from the game, above.

At that point I was relatively impressed and quite on edge, but beyond that point Daylight has very little to offer in the way of new or threatening scares. Aside from the odd chair going a bit Jacob’s Ladder or some shelving falling off the wall in a scripted manner, Ghost Lady is your primary source of terror. Whenever you are tasked with collecting remnants (the majority of the game,) she’ll be there. Within half an hour, you realise she’s the only thing that can actually hurt you in the entire game. From that point on nothing else is a threat, so nothing else is especially scary.

Her entrances can definitely be startling, but I can be startled by my toaster if it pops up while I’m doing something in the kitchen. That doesn’t mean I’m scared of basic electrical appliances. As you progress further into this two-to-three hour (on medium difficulty) game, Ghost Lady’s presence becomes less spooky and more of a source of irritation. Hang around her too long and she’ll drain the life from you, forcing you to start collecting the remnants all over again. She can be temporarily burned away with limited, collectible flares, but simply running away for a bit is pretty effective too.

Look, I’m trying to read documents, can you leave me alone now please?

Since Ghost Lady can show up next to you at the drop of a hat, there’s not much point trying to make your way slowly and carefully through Daylight’s randomised room layouts. By far the most effective way to play is to pelt about from room to room, grabbing a remnant whenever you see one, and dishing out a flare in emergency situations. Once you have all the remnants required for a given stage, a “Sigil” room will offer you an item (teddy bear, Bible, etc) to be taken to a specific location on the map that will unlock the next area. Again, running around like a headless chicken is the best way to achieve this, because by this point Ghost Lady will be in her most aggressive state and ceaselessly popping up all over the place.

This tacitly enforced pace kind of ruins what little atmosphere Daylight has created, and turns later levels into a kind of gloomy Keystone Cops chase with occult items.

While the procedural generation angle is supposed to provide an incentive to replay the game, unless you’re very, very attached to the central mechanic of “run away from that Ghost Lady” or desperate to read more of the rather derivative remnant notes, there’s little reason to do so. Yes, room lay-outs in the “main” areas of the game (certain connecting areas and set-pieces remain the same) will change and you might encounter some wobbling portraits instead of a Jacob’s Ladder chair, but you’ll still just be holding down the “run” key and keeping an eye out for documents.

The other down side to procedural generation, of course, is the risk of removing any sense of place. Daylight’s abandoned hospital doesn’t really feel like one, so much as a set of boxy, connected rooms with abandoned hospital set dressing. Its most effective level, the forest, works because it’s a wider, expansive area that’s pretty much just full of claustrophobic trees and a scattering of ruined buildings. No matter where the random number generator puts the remnants and the ruins, that’s always going to turn out looking and feeling like creepy forest.

After a relatively strong (albeit overly familiar) opening, Daylight hits a steady downward curve of one-note horror trickery. There are still periodic scares to be had from the semi-randomised set pieces, and the appearance of the forest towards the game’s conclusion briefly threatens a renewal of interest, but the premise of “flee the Ghost Lady” is likely to have worn very thin by that point. While a procedurally generated horror title has merit, there has to be a strong incentive to replay substantial sections of the game or the cost of the title’s constructed spaces missing a sense of coherence is too great. Unfortunately, neither Daylight’s central mechanic nor its writing are powerful enough to encourage multiple play-throughs.

It’ll no doubt find some intended notoriety through various Twitch and YouTube players hamming up their terror at the surprise appearances of Ghost Lady, but in watching that footage you’ll have experienced pretty much everything this game has to offer.

Telltale Games have been given the help of George R. R. Martin’s PA to consult on their episodic game