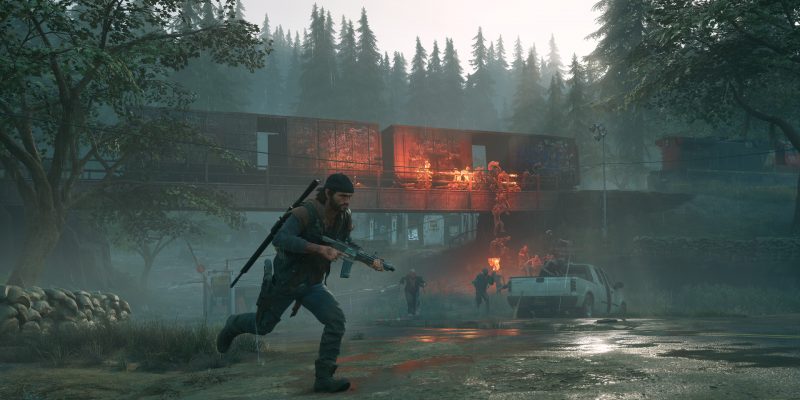 The recent news that some PlayStation exclusives are getting PC ports just got even more real. A new listing on Steam has popped up for Days Gone, Bend Studio’s 2019 post-apocalyptic adventure. The page details some upgraded PC features and system requirements ahead of the release in Spring 2021. Days Gone is only the beginning, as other titles are slated to hit PC later on.

According to Steam, Days Gone follows a drifter and bounty hunter named Deacon St. John through a “post pandemic America.” The world is withering two years after a global pandemic and filled with creatures known as Freakers. Players must help Deacon survive on his hunt to find his wife, who may or may not be alive. Play though Days Gone once to access New Game Plus, which includes everything unlocked in the first run, plus new difficulty modes.

Days Gone on Steam also comes with a survival mode, a challenge mode, and bike skins. The game’s PC features include “ultra-wide monitor support, unlocked framerates and improved graphics,” such as “increased level of details, field of view, [and] foliage draw distances.” System requirements include Windows 10 64-bits, 8 GB RAM, and 70 GB available storage space. The full requirements and recommendations can be seen below.

Days Gone on Steam and more

Earlier this week, Sony Interactive Entertainment head Jim Ryan said that more PlayStation games are on their way to PC. Sony had previously been adamant about not sharing first-party PS titles with PC users, but that’s about to change. Sony’s games are getting better and they need a wider audience. Plus, PC ports are easier to make these days, so PlayStation has decided to move forward. Ryan teased a “slate” of PC games coming to PC over the next several months, starting with Days Gone. Last year, Horizon Zero Dawn‘s PC port was well-liked, and PlayStation hopes to replicate that success.