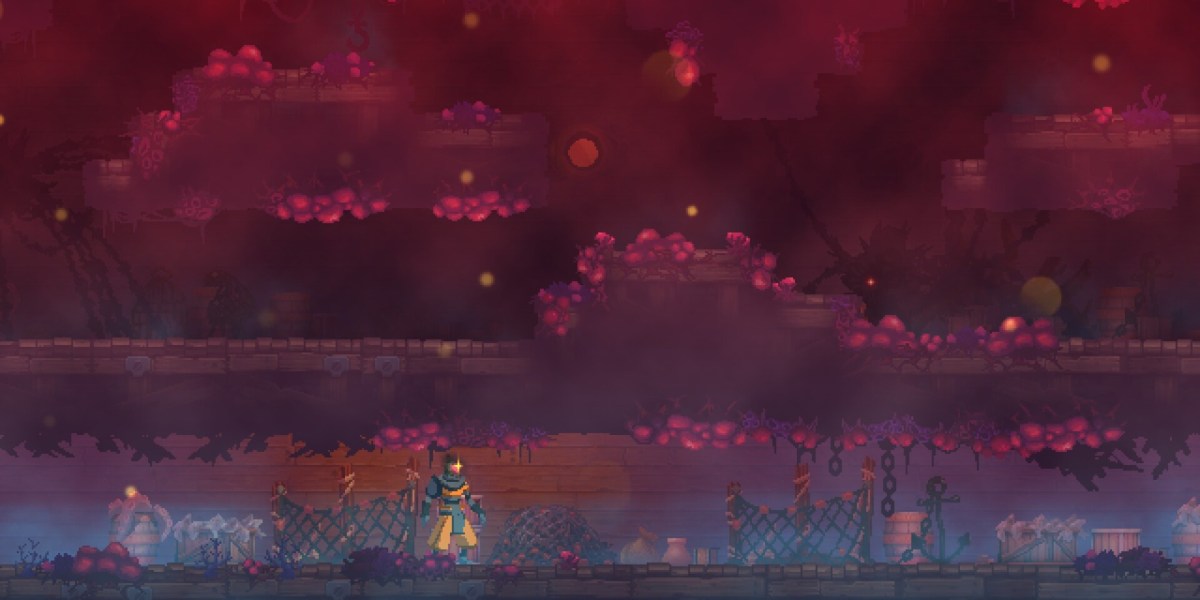 Dead Cells has had a healthy helping of DLC since it launched out of Early Access. The other two paid releases added extra early- and mid-game biomes, as well as a bevy of new weapons and the like. Unsurprisingly, The Queen and the Sea, the final part of this trilogy, adds new late-game content. Technically comprised of three new areas, it includes even more variation to a game already bursting with it. One of the new areas is quite surprising, and some of the additions are very welcome indeed. So the question stands: is The Queen and the Sea worth it?

Strangely, The Queen and the Sea requires one of the most vanilla routes in Dead Cells. To unlock the new stuff, you’ll be given a scroll by a tentacle as soon as you start a new run. The scroll asks you to find someone in the Toxic Sewers. Searching there leads you to find the fisherman, who is finally back in the game after vanishing following the Early Access period. He tasks you with tracking down a key in Stilt Village. Then you just go through the Clock Tower and then find a locked door after you fight the boss, which you use the key to open.

After unlocking the path, you can then enter The Queen and the Sea’s new normal level: Infested Shipwreck. As a late-game Dead Cells level, it’s tough as nails. You have to fight a new giant shrimp enemy to get the key to it (as well as an evolving pet summon version of one that’s quite awesome), but versions of the same enemy are prowling the level. It’s a great addition to the game, but it’s quite easy to die if you let your guard down for even a second. 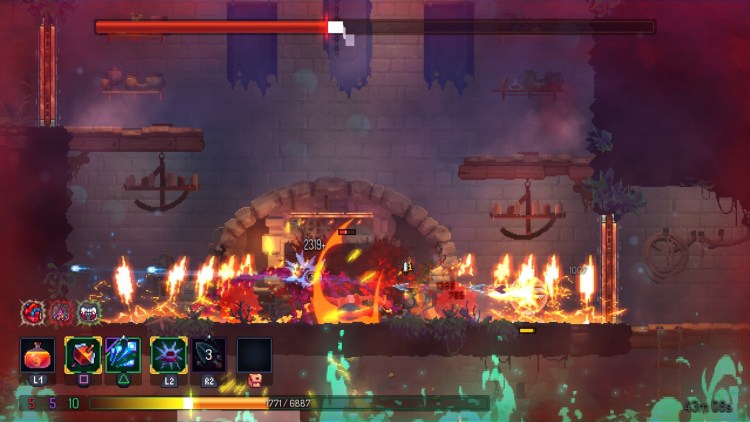 Once you get through this area, you’re greeted with one of the toughest levels in all of Dead Cells: The Lighthouse. You walk in, only to have to start racing your way upward once the place catches fire. Of course, you’re also chased by a mini-boss. After making it to a certain point, you have to fight them, only for the level to continue afterward. Also, it adds two more mini-bosses that all attack you as you move your way up the lighthouse, culminating in what’s easily one of the roughest fights in the whole game. There’s no other level in the game like this.

Finally, if you’re able to best the three mini-bosses, you’ll move on to fight the Queen, who is a new final boss of Dead Cells. Honestly, I feel like she’s a good deal less threatening than the level you have to finish to face her, but she’s still no slouch. She dashes across the screen, has an ability that can repel your attacks, and cuts myriad slashes that can destroy your health bar in no time. It’s a good fight, but it doesn’t quite match Dead Cells‘ other final boss in most ways. If you beat her, you’ll unlock her sword and see a short new ending cinematic.

That isn’t all, though. The Queen and the Sea adds the aforementioned pet summon, as well as over a dozen new weapons and plenty of new costumes. There’s a lot of stuff to unlock. Dead Cells had a ridiculous amount of content before, but this is a new level, honestly. If you’re a fan looking for more to see and do, then The Queen and the Sea is absolutely worth it. It’s a satisfying way to cap off the game’s impressive DLC trilogy and a great excuse for people to jump back in. 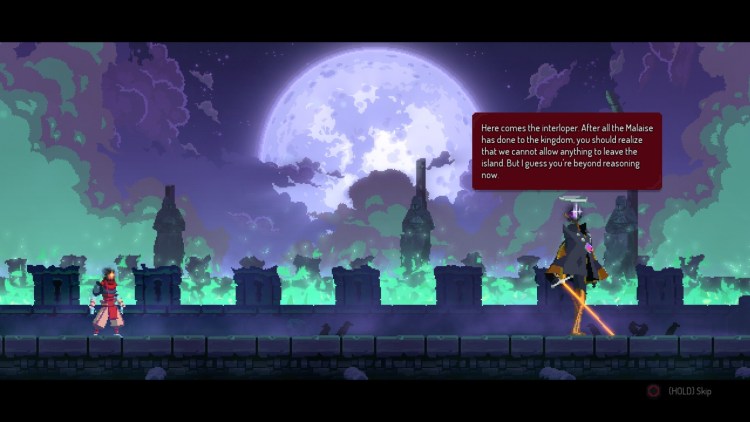