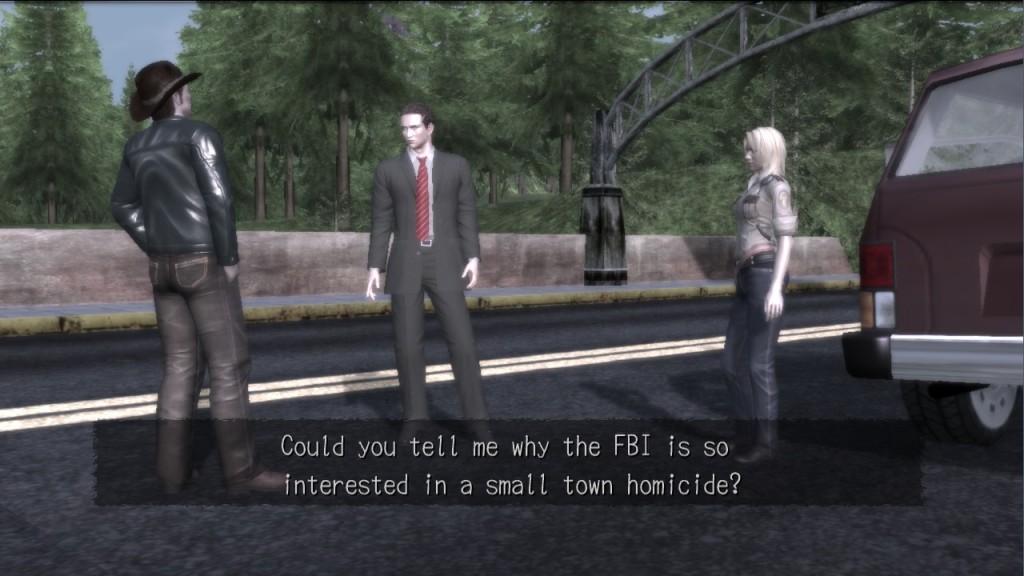 I’ve still yet to play Deadly Premonition thanks to playing a bunch of other stuff for my job, but all you people with “free time” can enjoy the game for hardly any money at all. The PC version (dubbed the Director’s Cut) is 90% off on Steam until 27 October. Over here, that makes it $2.50 USD. I spent more than that on a box of spinach this morning.

Before diving right in to this, be aware that the PC port of Deadly Premonition is really rather bad. It launched locked at 720p, crashes constantly for some people and has a bunch of other glitches and problems too. That said, you can fix a lot of those issues. I’d recommend doing pretty much everything suggested in the first post of this NeoGaf thread about the game.

Unless you like the idea of hearing looping handbrake sound effects, I suppose.

Yes, that means a bit of technical fiddling and downloading of extra programs. It’ll be worth it to give you a smoother playing experience, though. Then you can really dig in to the surreal investigations of Agent Francis York Morgan and start counting the references to Twin Peaks.