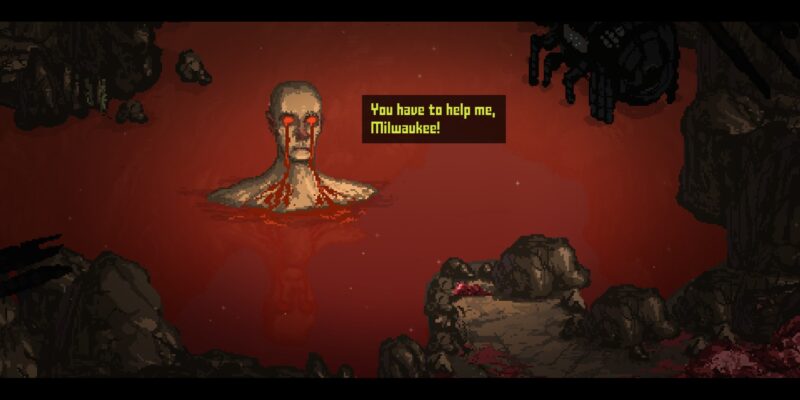 A long time ago, while sitting in a cheap office chair that I’m literally sitting in now, I watched the Death Trash trailer. I was skeptical, because it seemed that the game would be too much up it’s own, er, flesh kraken to be good. Then I got to play the demo during the Steam Next Fest, and changed my opinion. But is Death Trash worth it now that it’s on Early Access?

The game is set on a distant planet in the equally distant future. The Bleeding happened and humanity is now sleeping in the vaults beneath the ruins of their cities, watched over by their machines. You’re one of such dwellers, awoken from the Matrix-like bliss of the cyberwomb and kicked out, all for medical reasons. How will you fare in a world where flesh seems to just grow on the ground?

Most obsession with meat since Kingdom of Loathing

So yeah, Death Trash is a bit weird as far as the setting goes. Sure, your protagonist isn’t some punk rebel as the title would imply, but the rest of the world is trashy and death-y. That’s where you’ll spend your time, learning the secrets of the flesh (for example, why is it everywhere), gawking at flesh titans, and killing lots and lots of people.

At the heart of Death Trash lies a fairly simplistic RPG system running a isometric 2D world. You run around the map, interact with highlighted items, talk to people and things, and fight. There’s not much to regular interactions — if an item isn’t highlighted once you hover over it, you’ll never touch it. If it requires a skill to access, the game will probably tell you beforehand. And when you talk to a person, certain dialogue options are hidden behind skills rather than what you say. Most of the time, anyways. 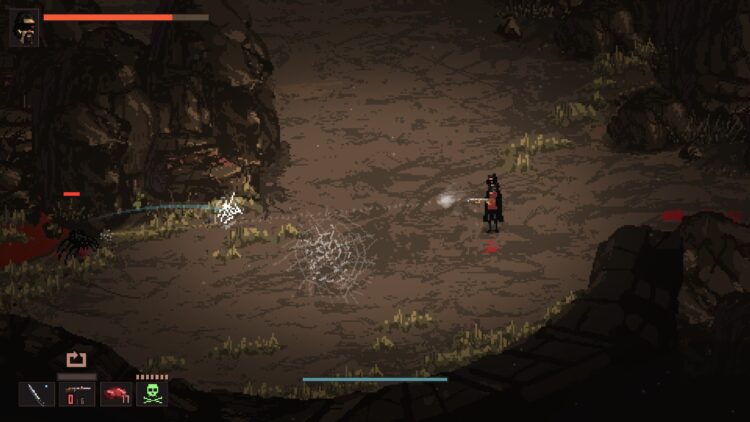 The combat system in Death Trash is equally simple. You have your HP and your resistances to your certain damage types. As long as you have stamina, you can dodge roll, which is vital. Combine this with melee (left click) and shooting (hold RMB and then left click), and you’ll probably be OK. You can also use powers (F) and items (Q) to give you an edge, though switching them mid combat is nearly impossible.

That said, this simple formula makes for some engaging, short, and dynamic fights. The sneak skill only increases the time it takes for enemies to discover your character, so the fact that you can sneak flawlessly even without investing anything in the skill means that you’re very much welcome to shape the battlefield to your benefit.  If you can pull it off, you can kite enemies next to explosives , which always deal a lot of damage. Me, I like sneaking up on patrols when they cluster together to hit them with Shock or Acid Blood. 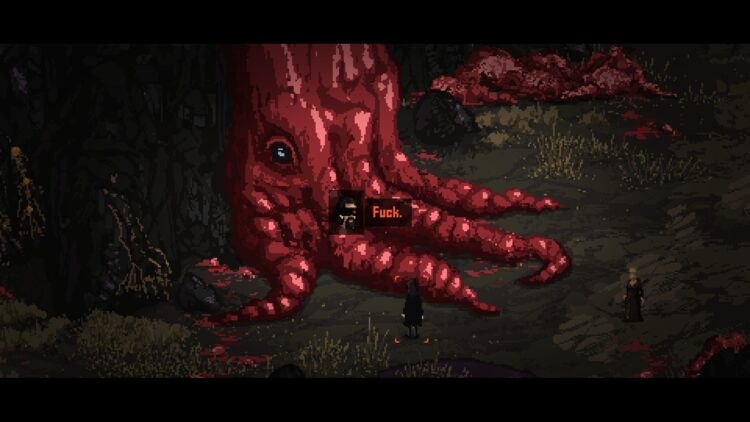 You kiss your cyberwomb with that mouth?!

Oh hey, there’s a reason why it’s in Early Access

Those skill are keyed to two different abilities, by the way, as cybernetic powers are supposedly distinct from occult ones. But both of them feed from the same energy pool, so there’s really not much difference. That’s not the worst of it when it comes to needless separation of stats in Death Trash, though. No, that honor belongs to the combat skills, which separates melee weapons into bladed and blunt, and ranged firepower to pistols, rifles, and high-tech (which also works as a skill to interact with items). 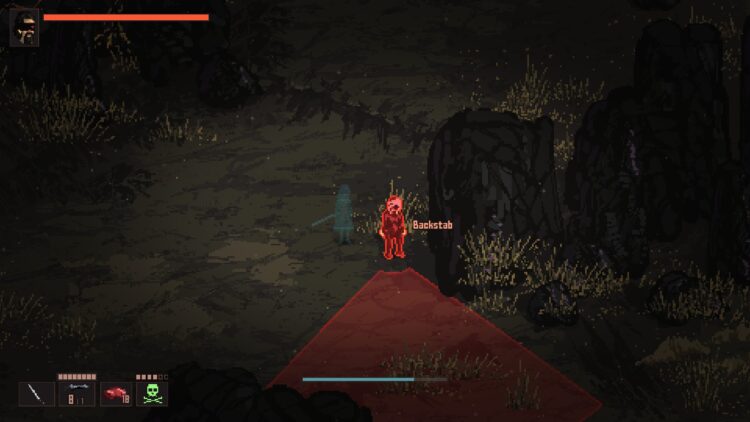 About to surprise a particularly annoying type of enemy.

There’s really not enough granularity in Death Trash to support that kind of split, but some choices are better than others. Bladed gives you a fast weapon fairly soon, and once given an upgrade, my sword was all I needed. Similarly, high tech is your fastest way to access automatic weapons, though you will be strapped for ammo a lot of the time.

But all of that is peanuts when compared to the worst issue of Death Trash in Early Access: there’s a lack of content. Oh, sure, you can explore the map all you want, but there’s no direction. Outside of the first region, you’ll quickly run out of quests that move you forward. So you end up wandering around, because there is not much else you can do. And let me tell you, discovering flesh titans you can’t interact with gets stale pretty fast.

That’s Early Access for you, isn’t it? The developer explicitly tells you that certain parts of the game just aren’t there yet, and it’s right. The skeleton of the game is there, and the tendons can flex to give it an impression of life. Overall, there’s just not enough meat on those bones to keep it moving. 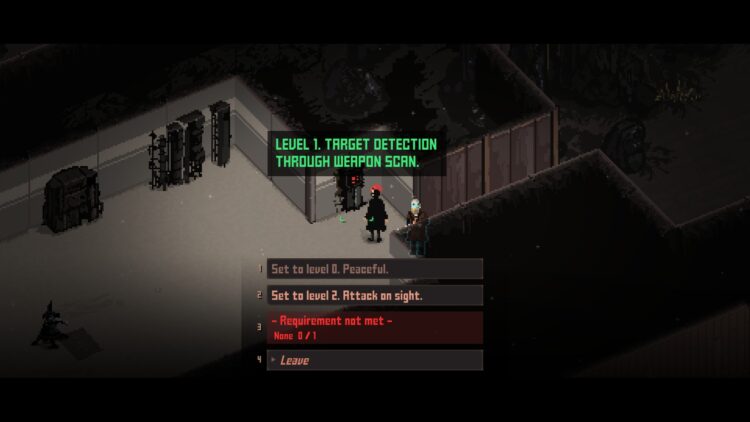 So, I entirely did not expect to say this about Death Trash after the impressive demo, but the Early Access is not worth it. It’s often a fool’s game to get an unfinished RPG, because it’s the kind of experience you want to delve into when you can play a finished game. But Early Access is all about playing a game before it’s done, and I say stay away. Wait for the full release. Don’t ruin Death Trash for yourself by playing it while half of it is missing.

By Martynas Klimas19 hours ago
Previews