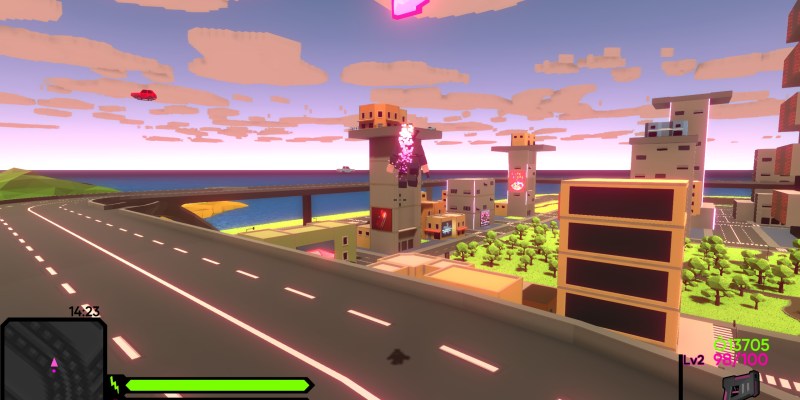 There’s a startling lack of destruction-based sandbox games in the wake of Red Faction: Guerilla. When I saw Demolish or Die pop up on Reddit, I knew I had to give it a try. The game entered Early Access today and is set to stay that way for a few months, at the very least. The current version is mostly complete, but everything will become more polished, plus the game will receive a new enemy, a new dungeon, more open-world activities, and taller buildings to destroy. The game retails for the low price of $5 USD, but the question stands – is Demolish or Die worth it in Early Access?

Demolish or Die stars a skeleton with a burning skull for a head. He gets busted out of a prison by a talking cat and given a simple mission – destroy military outposts around the city. The skeleton adopts the name Kimo and gets to work. The game’s visuals are simple voxels and getting high framerates is a breeze. I capped the framerate at 120, but alt-tabbing seems to break the way frame-limiting works. When capped at 120, my fps went up to the high 300s, so this feature apparently doesn’t even work.

Problems set in early on in Demolish or Die. By default, Kimo can cycle through guns to shoot, swing a lightsaber, and slingshot around with a purple tether. The shooting has zero impact. Firing a gun feels like you’re not doing anything and enemies don’t react to being shot. Guns just shoot out bright dots that create a blood effect once they make contact with an enemy. This is one of the things that needs the most work. It’s better to forego guns and just use the lightsaber, as that one-shots human enemies and destroys most walls you come into contact with. 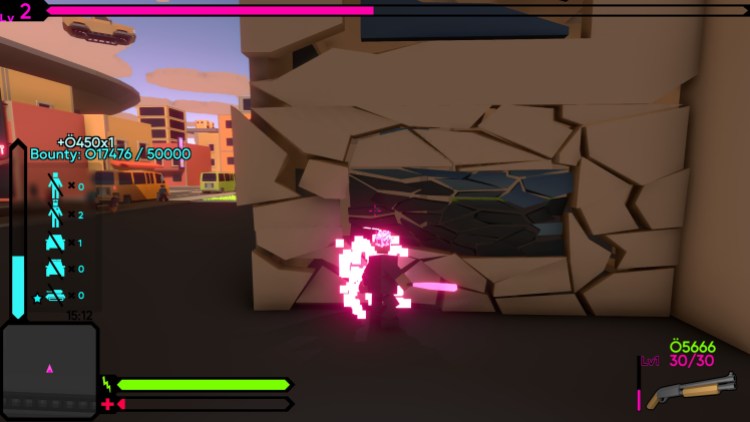 The destruction itself is kind of enjoyable, but, much like the firearms, it lacks impact. Demolish or Die has a rudimentary map you can use to place waypoints to military bases, but I didn’t notice any ability to see where the character is on it. I also couldn’t place waypoints to one of the bases. These are as simple as you’d imagine, with red arrows over destruction targets. Destroying a base gets you cash, experience, and blueprints for new weapons, which you can buy from the cat in the city. The first base gets you a blueprint for a rocket launcher, which feels severely lacking in power.

Gather enough experience and you’ll level up, which grants skill points. You’ll use these to buy a handful of powers that you can upgrade, including a dash, the ability to slow down time, or call a drone. Using these abilities drains your energy, which refills semi-slowly. Honestly, the slingshot ability is more than enough to get around and the lightsaber is all you really need for most of the carnage. Destroy three bases and you get to go into a dungeon where you have to fight your way through a bunch of grey corridors while fighting soldiers and robots. It’s definitely not what the game excels at.

The combat really should feel better and it would help for enemy models to actually get cut when you use the lightsaber. Another issue is that Kimo can’t take much damage at all and there isn’t a lot of healing. Demolish or Die should let you feel truly powerful, but the main character just feels kind of weak. Since the destruction and combat totally lack impact, it’s hard to feel any satisfaction from the gameplay. Demolish or Die doesn’t feel like it’s worth it at this point, but it could get there if the dev is able to give the combat, destruction, and gameplay more oomph. 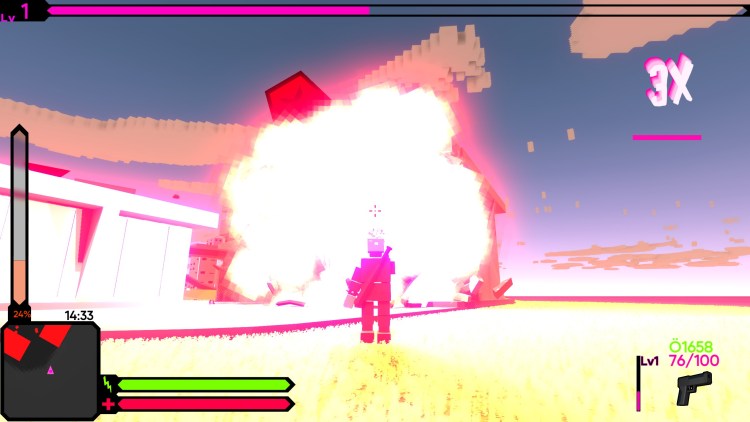 Shatter Remastered Deluxe — Is it worth it?