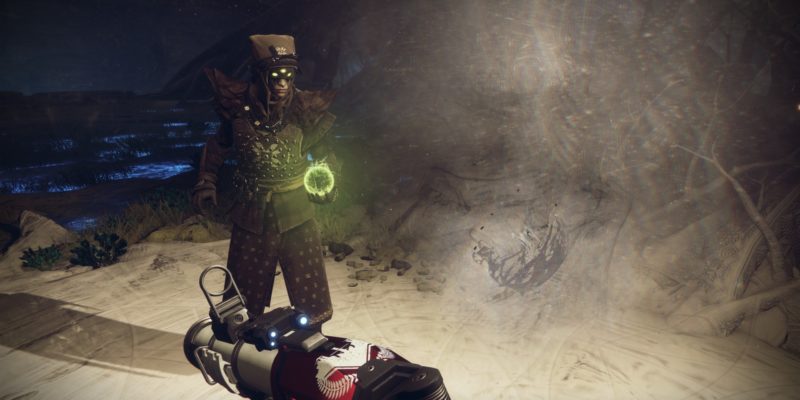 Destiny 2‘s Seed of Silver Wings is the new artifact that’s part of the Season of Arrivals. There are some new mods for you to select, as well as old ones that you’ve gotten used to. There’s also a returning favorite. Here’s our mini-guide to help you out.

To obtain the Seed of Silver Wings artifact, all you need to do is complete the first story mission in Destiny 2: Season of Arrivals. That takes you to Savathun’s Court to defeat some of her Shriekers. Then, you’ll meet up with Eris in a beautiful area in Io where the Tree of Silver Wings (aka. the White Tree of Gondor) is located. You can see this in the featured image above. Your alts (second and third characters) will still need to complete this introductory mission just to obtain the Seed of Silver Wings artifact. 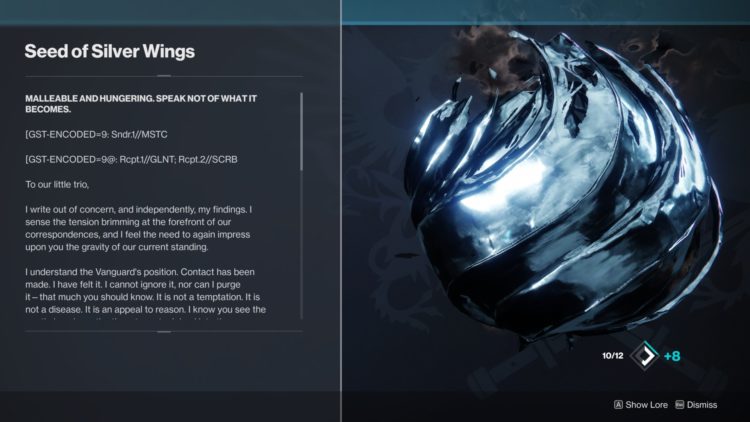 Below, you’ll see the selection of mods for the Seed of Silver Wings seasonal artifact. These are arranged by column.

Column 1 – These are the anti-champion mods for your weapons:

Column 2 – This has additional boosts for various weapon types. All of these mods cost one energy to socket: 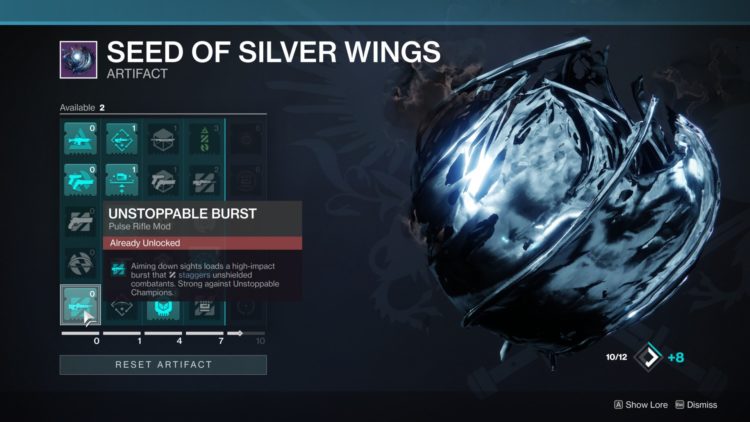 Column 3 – These mods provide you a chance of gaining additional glimmer via kills with certain weapon types, enemy types, or actions. All of these mods cost one energy and are socketed into your leg armor except for Prized Shooting:

Column 4 – These are mods related to disrupting champions: 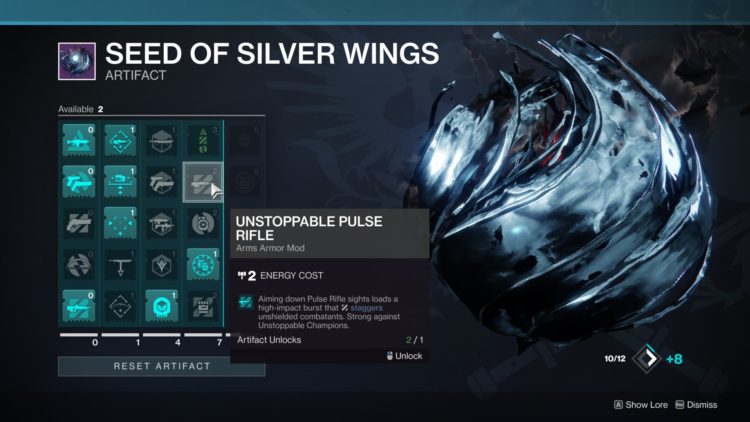 Column 5 – These are high-end mods for utility purposes. All of these are socketed into your class item.

Among these choices, Oppressive Darkness tends to be the best one. This fan-favorite mod can be used against bosses, allowing them to take more damage from you and your teammates. It’s like its own Tether or Melting Point. Just be sure you’re using Void grenades with lingering effects such as Vortex (Hunters and Warlocks) or Suppressor/Voidwall (Titan). 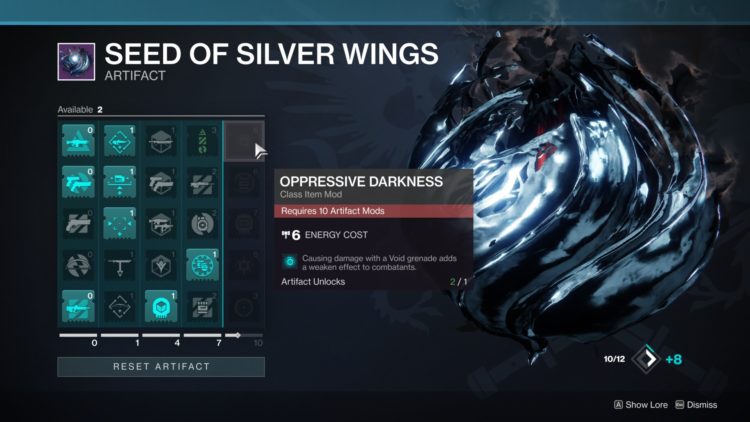 Cooking Simulator: Cakes and Cookies — Is it worth it?