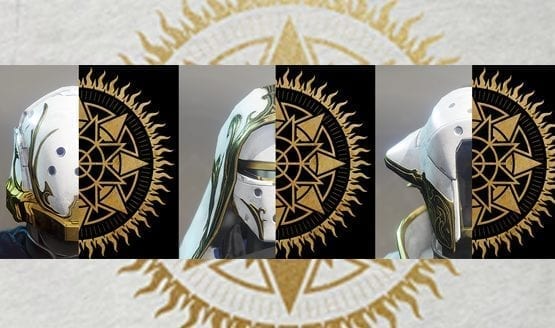 From easy mode activities such as doing public events and just gathering weapons, to high-end boss fights that will leave you sweating, Destiny 2’s Moments of Triumph have everything for everyone. This is part of the game’s Solstice of Heroes phase. Essentially, it’s the transition between the first year and the upcoming second year of the game with Forsaken. The event runs from today until August 28, with more requirements set to be announced in the coming weeks. We’ve provided a guide on how to completely everything that this event has to offer.

Destiny 2’s Solstice of Heroes and its Moments of Triumph will follow the same formula as in the previous game. You have a bucket list of things you’ll need to do, and completing goals will give you rewards. Think of it like seeing how much you’ve completed within the game during the time frame. Rewards include Ghost Shells, Sparrow vehicles, and yes, the good old discount code for a shirt that initially costs $777,777,777 — because the developers, Bungie, love the number “7.”

To find out where you stand, you’ll want to log on Bungie.net and check out your profile. You could also do this on the official Destiny app for your mobile phone. Lastly, with the Solstice of Heroes event, you can check your progress on the Guardian statue in the Tower. These activities will appear like bounties which you can then claim for those points. The top tier reward, an exotic ship, will only be unlocked after you’ve obtained the Legendary or Resplendent Solstice Armor on all characters.

Moments of Triumph: Getting everything done

You can complete several Moments of Triumph activities without a hitch. Some are fairly self-explanatory, although others can be a pain to finish. We’ve also included videos from various Destiny 2 community members.

While the above achievement can be obtained as early as the first week of July, there were also several mystery tasks that were only announced today. Here they are:

With a plethora of activities to complete and collectibles to obtain, we’re definitely sure that Destiny 2 players will have a lot to do this August. Since the event runs from July 31 to August 28, there’s plenty of time to obtain all of these. And that’s just in time for the upcoming Forsaken expansion which launches on September 4.

We hope this guide has helped you out in obtaining your Moments of Triumph during this Solstice of Heroes event. Let us know if you have any questions or additional tips.

By Matt Henzel1 hour ago
Guides

Pokémon Scarlet and Violet: How to get Ability Shield

Warhammer 40K Darktide – What is the Shrine of the Omnissiah? | Explained