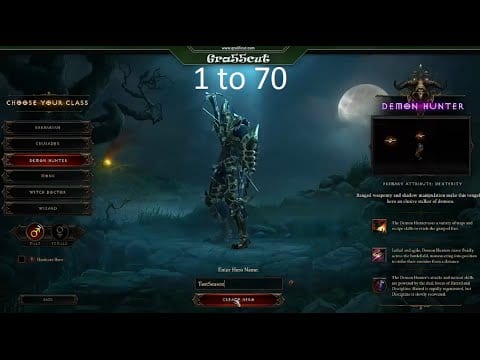 The Diablo 3 season 1 ladders kicked off but have not gone exactly as some expected.

It took one hour an forty minutes to get a characters up to level 70 when the ladders went live in the early hours of this morning. It’s not exactly been a challenge and it’s got the community a little riled up. How was it done so fast? It’s actually really simple.

Blizzard for some reason decided that all Season characters could jump right into Adventure Mode which gives players access to hop around the game world at will. If you know where to look there’s a few spots where you can gain masses of XP by doing practically nothing.

There are two areas that have proved the most popular, the A Miner’s Gold quest/task on the Howling Plataeu and The Miser’s Will in Act V. Another method is running rings around Maltheal in Act V dodging his attacks. You can see these in action in the videos below.

These are obviously softcore characters so if you die it doesn’t matter. Anyone wanting to take these Seasons seriously will probably have opted to go HC, but still. Blizzard has their work cut out to address these problems because they were well aware of these cheesy methods during the PTR testing.

The Diablo 3 community is not happy at the moment as you can imagine, but if you do want to attempt the Seasons properly, we have some handy tips over on Diablo: IncGamers.

Watch Half Life 2 multiplayer in VR with the Cyberith Virtualizer