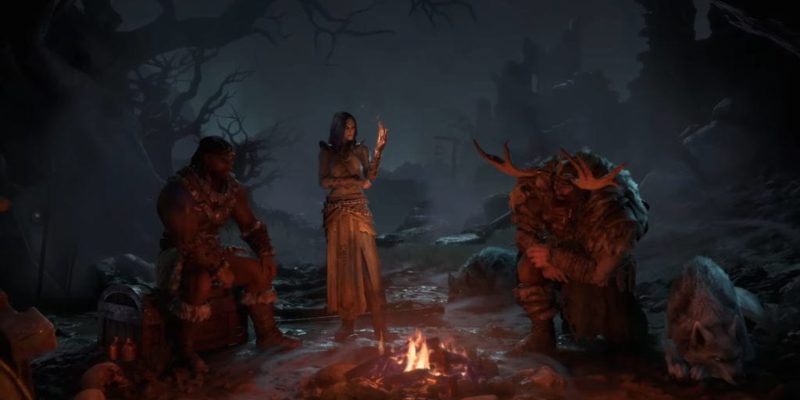 One of the worst-kept video game secrets of 2019 was confirmed during Blizzcon today. Yes, Diablo IV is on its way, and it looks stunning. Those who have slaughtered demons and stayed a while to listen since 1996 were in for a treat. Diablo IV is going back to basics, eschewing the bright colors of its predecessor in favor of Gothic tones, and dark, dreary aesthetics. Three classes were confirmed during the show: the barbarian, the sorcerer, and the druid. Using the gameplay trailer, let’s take a closer look at these classes and what they can do.

Ah, the Barbarian — every player’s bread and butter since their debut in Diablo II. Why risk stunted health or micromanaging agility moves when you can just hit stuff with a big, heavy piece of metal? The Barbarian returns in Diablo IV, sporting some familiar moves and a look that should please any curious Dragonborn. Among the many classes that have graced the franchise, the Barbarian has always been the hard-hitting tank. In Diablo IV, we don’t see that changing any time soon.

From what we see in the video, our dear Barbarian goes through the predictable paces. He’s big, brutish, and badass. Once again, due to the Barbarian’s immense strength, he’s able to dual wield weapons with impunity. He’s also able to use the classic Leap ability, which throws his bulk through the air, allowing to slam his heft and weaponry onto unfortunate demons. In the video, we also see him use an ability that has him dig his weapon into the ground before hurling chunks of rock and debris toward enemies. Other abilities shown later in the video look very similar to both Cleave and Battle Cry.

If you’re aiming to play a murderous pile of meat come Diablo IV‘s launch, the Barbarian should be a good call. 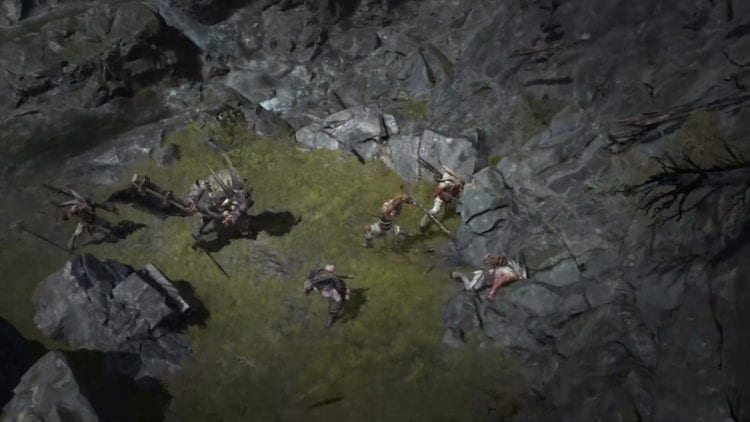 The Sorcerer – magic and mayhem

The magic wielders in Diablo games have always been the more difficult classes to play. Generally, they start off fairly weak before turning into destructive glass cannons in the later act. The Sorcerer in Diablo IV will likely run along similar lines. In the trailer, we see her command the powers of the elements to freeze, shock, and burn the denizens of Hell. Icy hail storms turn enemies into frozen statues before getting blown apart by a burning rock summoned from the sky.

Later, we the sorcerer wields an even more powerful move. In the blink of an eye, she transforms herself into a ball of electricity, zipping around a room and turning demons into char. The Sorcerer will also have a spell that sends lightning snaking across the ground. It looks weak in the video, but I have a feeling it can grow into something more devastating down the line.

The Sorcerer will likely be tough to play, but if the class sticks to tradition, it will be one of the most powerful in late-game Diablo IV. 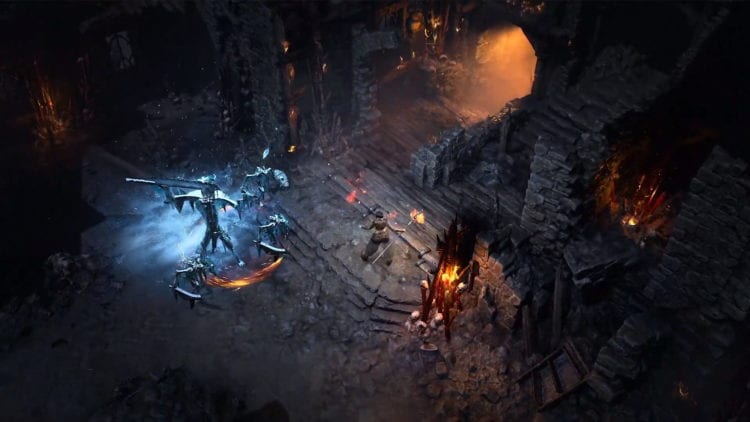 The Druid – one with nature

I admit, I never played much of the Druid class back in Diablo II. But but I do remember the Druid wasn’t this…beefy. The Druid in Diablo 4 is a hulking creature, almost like a somewhat taller dwarf of fantasy. He utilizes his density quite well in the trailer, swinging a massive club around and shoulder-charging his foes. And like the Druid before, he can also wield the power of nature and transform.

In the video we are only privy to two transformation: a massive bear that can walk on its hind legs, and what looks like a werewolf (?). Both abilities run similar to one another. They likely empower the Druid, dishing out loads of physical damage for a short period of time. The Druid also appears able to transform while moving, as we see him turn into a bear that continues its momentum with a deadly charge attack.

If you think meat is murder unless it’s you doing the murdering, the Druid looks like your main in Diablo IV. 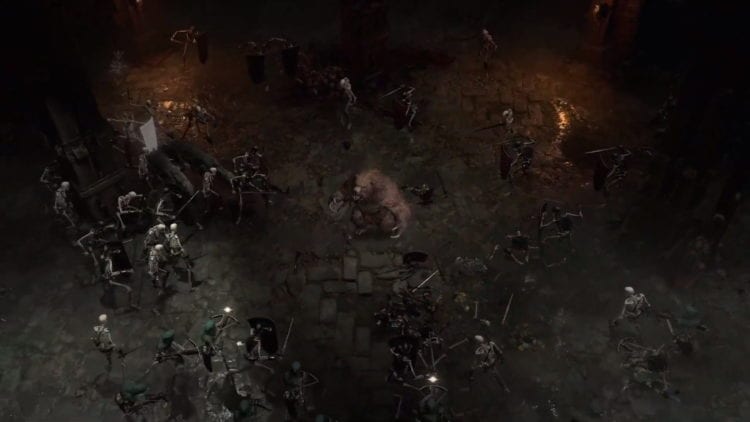 What’s new in the neighborhood

Beyond just showing off classes, the gameplay trailer hinted at some other features for the game. For one, it’s clear that you can choose your gender when picking classes. There is more than one scene in which we see a male sorcerer flinging magic around. I get the feeling that maps in Diablo IV will be much larger than before. The reason I feel this way is because it looks like we’ll also have mounts in the game. You can ride on horses through the rolling landscape. It also looks as if heroes can continue that forward momentum with a leaping attack. It’ll be interesting to see just how riding and attacking from mounts plays into upgrading your abilities.

Diablo IV was just announced, so a lot of new information for the game is still unknown. However, there will be more to know in the coming weekend. The game is playable at the Blizzcon floor, after all. Stay tuned for more on this game and others coming out of Blizzcon 2019.

World of Warcraft: Shadowlands takes players to the lands of the dead