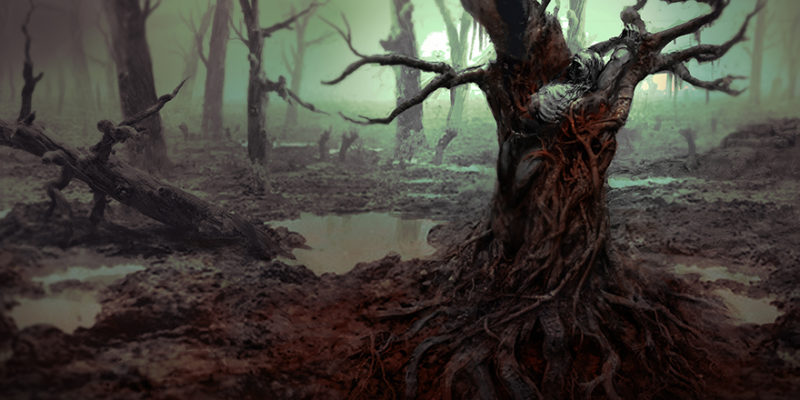 Blizzard has unleashed another Diablo IV developer update from Hell’s fiery depths. Today, the developer addressed some itemization concerns, and followed up with a glimpse at the new Skill Tree. It’s quite literally a tree, actually. The update also briefly touched on endgame content and sorceress abilities, while promising more information in future updates.

To start off, Game Director Luis Barriga covered some concerns over powers, which were explained in the December 2019 update. Late last year, the Diablo team went over Ancestral, Demonic, and Angelic Powers found in gear. Apparently, fans didn’t think the idea was “cool enough in the current version of the pitch.” After the feedback, Barriga said that the team is pivoting. Item dependency is an issue that the developer wants to shy away from, allowing you to instead focus on powering up your character. Blizzard plans on going into more details in the next quarterly update.

The new Skill Tree system is the part that interests me the most, however. Shown today for the first time, the Skill Tree is, well, a tree. Of course, it’s a Diablo-esque tree, meaning it looks like something you’d find in Mephisto’s front yard. The example in the update was the Skill Tree for the sorceress. Lead Systems Designer David Kim breaks it down, explaining how it works. Your Skills lie in the upper branches of the tree, where you spend Skill Points for new abilities and unlock more functions for said abilities. In the update, we’re shown a Ball Lightning spell you can unlock, and also an upgrade skill that modifies it. Passive skill points — the diamond-shaped nodes — can be earned as you travel the branches, and spent for Passive Skills in the roots below. 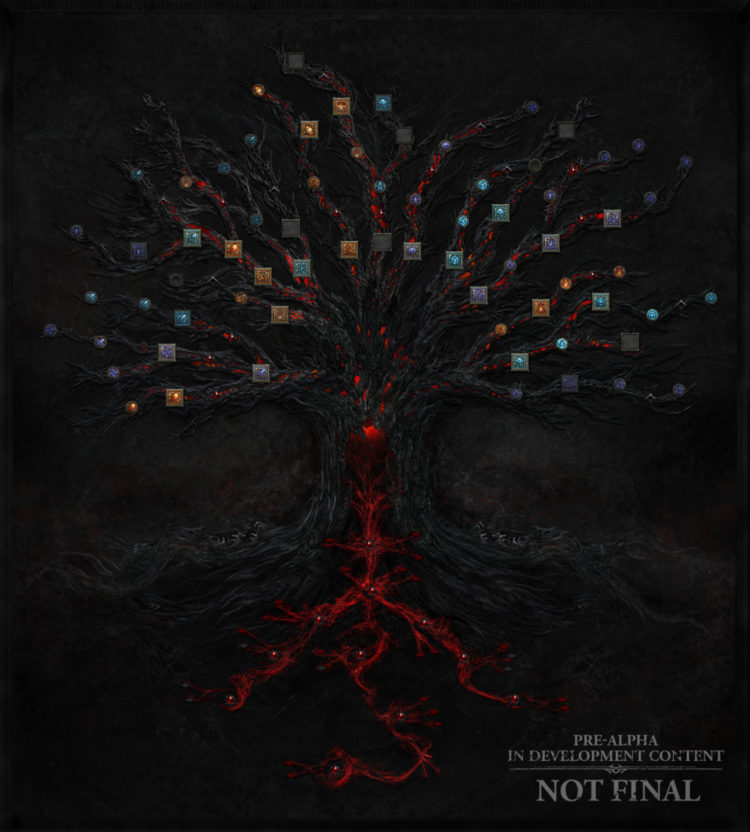 The Tree of Fright. 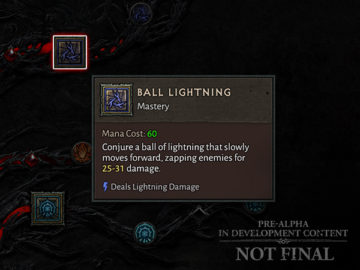 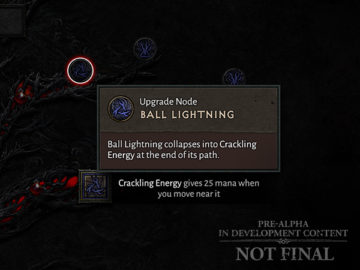 What about my respec?

But can you unlock every node in the Skill Tree? According to Kim, that won’t be possible in Diablo IV. Unlike its predecessor, you won’t be able to swap out abilities on your characters to try a new build. Instead, Kim writes that you’ll only be able to unlock 30-40% of the skills in the tree, meaning you have to think hard about the build you want to master. Kim doesn’t mention the possibilities of character respec. However, since you could respec your characters within reason in the first two games, I imagine Diablo IV will have a similar option. It should be noted that the Skill Tree system is still in development, and is subject to change.

Speaking of builds, the Diablo team also went into the Enchantment System for the Sorceress. In its current state of development, Diablo IV allows you to add skills in an active skill slot, and an Enchantment slot for the character. Basically, the active skill is a power such as Ball Lightning, and the Enchantment skill modifies it. In the example shown, the Meteor skill causes a burning rock to fall on enemies, and the sorceress must cast it herself. However, it can be altered with an Enchantment that causes meteors to fall onto enemies periodically, leaving the sorceress free to her own desires.

Endgame is what matters

Finally, Kim wrote a little bit about endgame in Diablo IV. Endgame content is always tricky work. Diablo III really didn’t have, well, any endgame beyond a tedious grind for loot to sell at the auction house. It’s much better now, trust me. For Diablo IV, Kim writes that the team is planning on something with “more depth and replayability than what Paragon currently offers Diablo III.” The team will have more on endgame soon, but it won’t be for a while.

Check here to read the update in its entirety.

By Jason Rodriguez43 mins ago
News