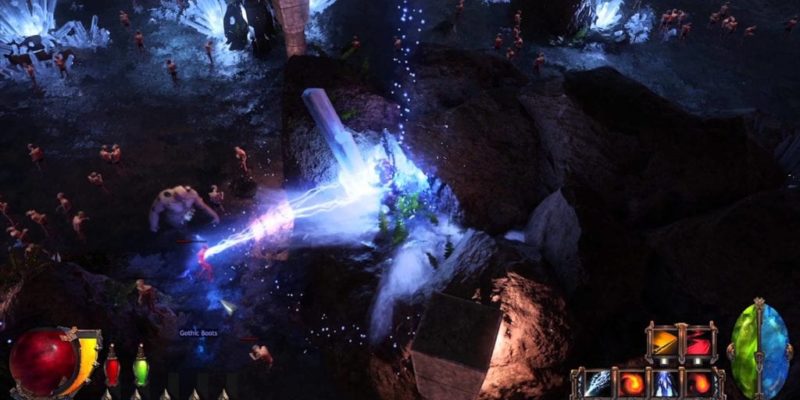 You can’t beat a good ARPG and there’s another promising looking titlein the works at Solarfall Games. This ARPG is promising freedom of character development and an open world to explore, and having already gone through the Steam Greemlight process, Solarfall Games are now looking to continue funding development through Kickstarter and are looking for $225,000 to get the job done.

The game is powered by CryEngine and it looks fantastic based on the footage released so far. The game also appears to be going the extra mile with everything from weapon customisation to what they are calling the Apocalyptic upgrade forms which give characters a new look and unique powers.

A multiplayer mode would be added to the game should the funding goal be reached and it’s a goal they would “love to achieve”. Solarfall also want to include the Dungeon Challenge where players can turn part of their house into a dungeon and challenge other players to survive their dungeons.

The game has been in development for over four years and consists of a small team of dedicated developers who are now working full time on the game.

A prototype of Umbra is expected to be released to backers to help get feedback on the game’s development in the months ahead. It’s an ambitious but promising looking game, and that fact that they want to add the “freedom of Skyrim, the action style of Diablo 3, the ambience of Diablo 1, the graphical power of Crysis”, gives you an idea of what they are wanting to achieve.

If you’re fan of the ARPG genre then this could be well worth your time.

Win a Copy of Order of Battle: Pacific

By Jason Rodriguez39 mins ago
News