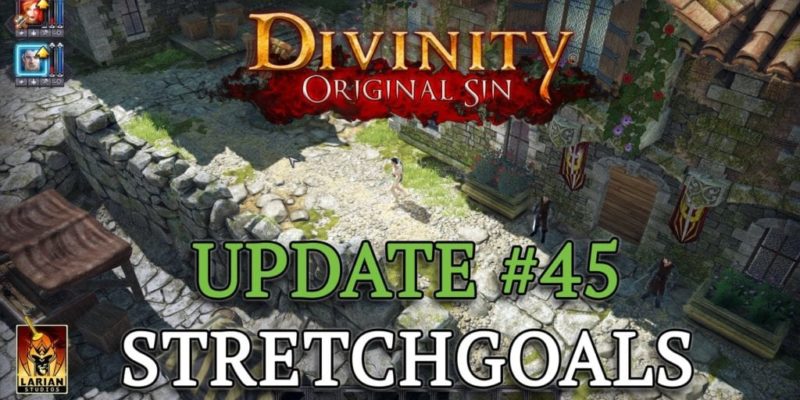 This beach, for example, is made from individual grains of sand donated by Kickstarter patrons (that may be a lie.)

Larian has announced that the crowd-funded RPG Divinity: Original Sin will be released sometime in the month of February next year. As the game pulled in a whole lot more cash than had initially been expected, this has pushed the release date back a little further than first thought. The good news is, that’s due to how much more the title now has in it.

The developer demonstrates this in a new video, showing the city of Cyseal before and after the Kickstarter cash infusion. Thanks to lovely people donating money, the game (and thus the city) now has a full day/night cycle, which required a fair bit of re-scripting. There are also a lot more NPCs about the place now, all of whom needed a place to reside – so Cyseal itself has grown in scope somewhat. You can see all of that in the trailer, below.

As well as all that, Larian will be holding a Q&A session about Divinity: Original Sin (and no doubt showing off more of the game) in a livestream through Twitch.tv. That’s due to take place on 27 September at 17.00 Brussels time (8.00am Eastern US, 11.00am Pacific.)