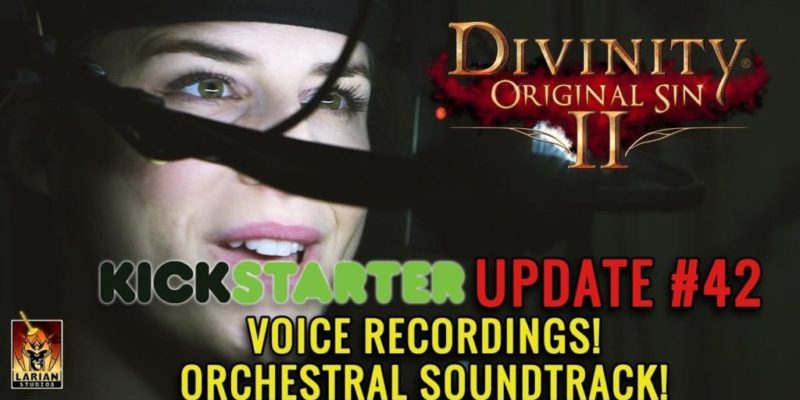 The latest Kickstarter update video from Divinity: Original Sin 2 confirms that the RPG will have full voice acting. This wasn’t originally on the cards for this sequel (given how many lines there are to record), but Larian had a change of heart so now every hero and NPC will be chatting away.

In the accompanying Kickstarter post Larian confirm that they’ve spent a lot of time tweaking the NPC bark frequency, so there shouldn’t be a repeat of the infamous “No one has as many friends as the man with many cheeses” incident. The video shows a few snippets from the voice sessions themselves.

Divinity: Original Sin 2 will also have an orchestral soundtrack (a first for Larian), and the Kickstarter video features a short featurette from Budapest about the recording of the music. It concludes with Swen Vincke teasing a reveal of the Undead protagonist option next week (31 August). There will also be a new feature video next Monday (28 August).

Original Sin 2 comes to PC on 14 September. Not too far away now.