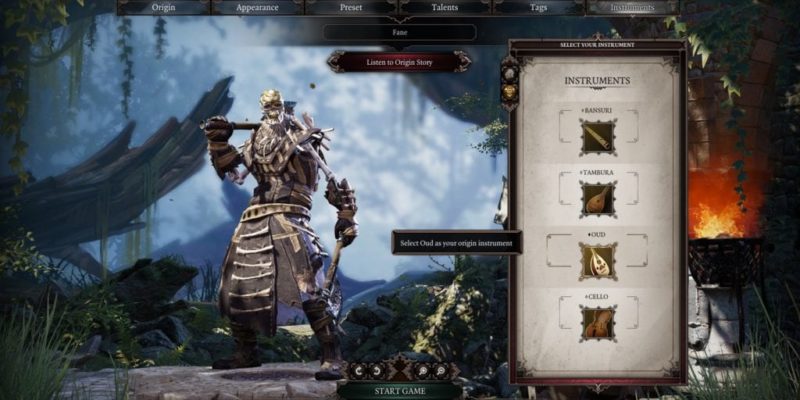 Just in time for the festive season, Divinity: Original Sin 2 has been updated to version 3.0.158.595. In their patch notes, Larian say thanks to the community for continuing to suggest improvements and for pointing out bugs. “You’ve helped make 2017 an extraordinary year for Larian,” they add. Aww.

What of the patch itself? Well, quality of life improvements appear to be high up the list of changes. You can now switch off the automatic addition of skills and items to the Divinity: Original Sin 2 hotbar. Lucky Charm now applies to every character in the party (not just the one person who has that talent). Plus, lockpicks and trap disarming kits are shared among all party members via Magic Pockets.

Further improvements to the UI and to Game Master Mode are picked out as highlights too. There should be greater compatibility with modding as well (scripting changes). The full list of changes is below. A few points are marked as spoilers because they relate to the story, so beware of those if you don’t want to learn things ahead of time. They’re in capital letters should should be fairly easy to spot.

Added a toggle in the options menu to automatically add certain groups of items or skills from the hotbar
Lucky Charm is now a party-wide talent. Players no longer need to select the character with the talent to open containers
Added exact armor values to controller mode UI when hovering over enemies
Arena lobby settings are now saved while in the same play session
Fixed issues with reassigning middle mouse button and right mouse button
Lockpicks and trap disarm kits are now shared automatically via Magic Pockets
Improved selecting doors when using a controller
Added the ability to drop or move items to a specific location in the world when using a controller. The “hold in hand” option now has a context menu
Added friendly fire damage from traps to combat log
Added Summoning information from NPCs to combat log
Updated save/load interface when using a controller
Added extra dialog animations to Trolls
Revealed items are now highlighted when pressing ALT, after the player has revealed them
Improved the flow of the companion dialog between Sebille and Stingtail
Changing equipment or using items now breaks “Play Dead” status
Updated several visual effects and sound effects to certain regions, story moments and skills
Added player feedback when an enemy is immune to a certain type of attack
Improved the journal update when picking up a purging wand in Braccus’ vault
Improved the timing of certain quest rewards during dialog
Splitscreen mode in Character Creation now allows players to edit their characters again after having pressed Start
Fixed the issue where, under certain conditions, Tarquin wasn’t moving from the Lady Vengeance to the Stonegarden
You can now create Armour of the Eternals with both types of Eternal artefact
The “Medusa Head” skill now correctly overrides the “Bull Horns” skill
Improved the behavior of Hannag during combat
Updated subtitles for several endgame scenes
SPOILER: Destroying Arx by releasing Deathfog will now make the player fail the Path of Blood
SPOILER: Delorus can no longer be resurrected if he dies while following the party

Added an indication that players are ready when picking characters in Arena mode
Added more player feedback when failing a persuasion
Fixed incorrect scrolling position of journal
Fixed overlapping text in journal
Fixed several overlap issues when using splitscreen
Fixed shapeshifter mask not correctly updating player portrait in certain parts of the UI, when using a controller
Fixed several issues with cut-off text in French, German and Russian
Fixed negative movement modifiers from armor or shields showing as positive
Fixed being able to toggle the map legend when using a controller
Fixed not being able to send stacks of items to the Lady Vengeance via context menu
Fixed several issues when escaping Fort Joy via the pipe to the swamp during combat
Fixed not being able to dismiss the Red Prince as companion while in Arx
Fixed Rune screen not updating correctly when switching characters in controller mode

Added an option via the in-game menu to re-roll the party while already in a campaign
Players can now join the session during party re-roll
Added a Reputation Management screen to set NPC attitudes towards the players
Added a keyboard shortcut (Caps Lock) to make movable objects parallel to the surface, tilting them
Added a warning message when disabling mods during a GM session
Fixed Magical Armor and Physical armor values after possessing a creature
Fixed Make War option not working in GM mode
Fixed a crash related to the GM character not being assigned to a player
Fixed GM being able to load a level when players have not finished preparing their characters
Fixed players being blocked on the Character Creation screen when reconnecting
Fixed incorrect alignment of NPCs if GM possesses them during combat, then saves and loads
Fixed Context menu when right-clicking on stickies in the Vignette window
Fixed visual of characters being dragged by the GM
Fixed an issue that would, when an object was being moved, automatically make it assume a position parallel to the ground, resulting in it being tilted.
Fixed an interface issue if a character has no memorized skills
Fixed white icons in the Encounter panel
Fixed not being able to select items from the Encounter panel under certain conditions
Fixed skill cooldowns during pause
Fixed a crash related to selecting an origin character with certain mods activated
Fixed a crash when holding right-shift and dragging a character
Fixed clients not being able to download images larger than 1Mb
Disabled Trade Context menu for dead NPCs
Disabled NPCs incorrectly receiving XP when a GM possesses them

The Escapists 2 map editor released for your custom prison needs