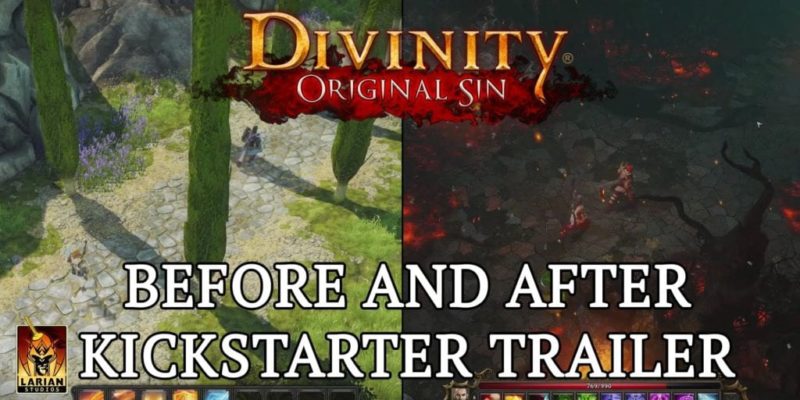 On the anniversary of its Kickstarter success, Divinity: Original Sin gets a release date and a new trailer. That release date is 20 June.

Divinity: Original Sin is an old-school CRPG set long before the events of the rest of the Divinity series. It promises party-based gameplay, turn-based combat, an isometric view, dialogue and choice that matters, and completely free exploration that lets you decide how you want to reach your end goal. As if that’s not enough, it’s also got drop-in/drop-out co-op play, which will apparently feature unique co-op dialogues that’ll shape your relationship with your buddy and will have an in-game impact.

All of which sounds pretty neat, and with Larian doing it, I strongly suspect that the dialogue will be worth hearing and the world will be worth exploring. It’s on Early Access right now, although that Early Access will still cost you £29.99. This release date announcement also coincides with a bunch of updates to the Early Access game, which you can read about here.

So! Divinity: Original Sin. 20 June. New trailer below, which is good enough that I kinda want to buy it right now.