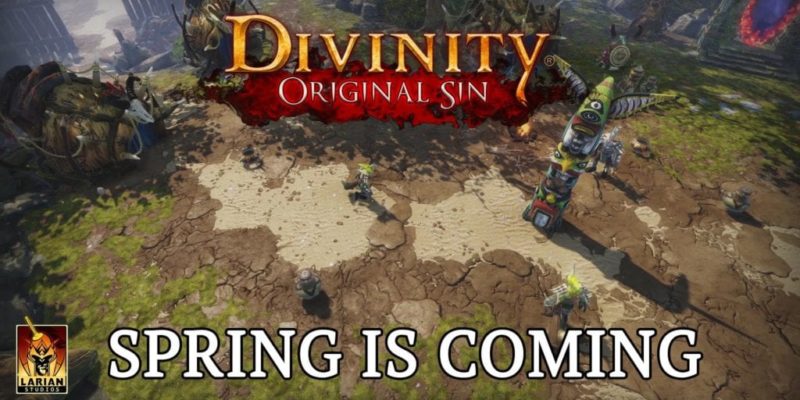 No need to abandon your faith, it’s just a minor delay.

Larian has announced that their party-based (or co-op) RPG Divinity: Original Sin will now be released during the Spring of 2014. The reasoning for this delay is to give the studio extra time to put some of the suggestions from Steam Early Access players and Kickstarter backers to good use.

To accompany this information, the studio has released a new Divinity: Original Sin trailer showing the breadth of the world being created. Realms of lava, snow and good old traditional woodland are all featured, along with a look at some of the creatures who inhabit each of those places.

Original Sin is a prequel that takes place “well before” the events of Divine Divinity (which it shares a camera viewpoint with) and Divinity 2: The Dragon Knight Saga. You’ll get to see what the land of Rivellon is like in these early days, as you mess about with spell combos and the interactive environment.