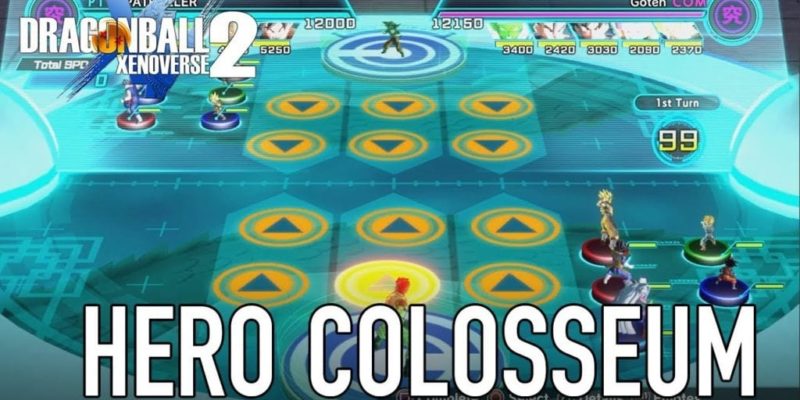 The Dragon Balls are converging, as Dragon Ball Xenoverse 2 has announced a small collaboration with the upcoming FighterZ. According to the press release, people who end up owning both games (presumably on the same platform) will get some “special items”.

Exactly what those items are is not entirely clear, but it’s probably safe to say they’ll be Dragon Ball related. In other Dragon Ball Xenoverse 2 news today, Bandai Namco have released a trailer featuring the ‘Hero Colosseum’ mode. That’s the free update coming to the game this Autumn (so some time before December, most likely), which puts players in a tactical figurine battle.

Paid DLC will be available around the same time, in the form of ‘Extra Pack 1’. This adds four new characters: Tapion, Android 13 and 2 others who have not yet been revealed. Speaking of which, the price hasn’t been announced yet either.

Dragon Ball Xenoverse 2 will also be receiving an ‘Extra Pack 2’ (again, paid DLC). This one contains “a new original character, a new scenario and a new way to interact with Dragon Ball characters. On top of that, players may also discover an all new form Goku.” More details are promised in a future announcement.