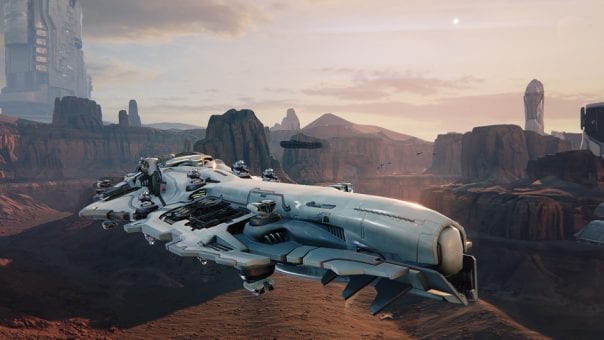 We’ve heard a lot about Yager’s Dreadnought over the past year and now it’s finally reached a beta testing phase, giving us the opportunity to find out if big spaceships are fun.

Dreadnought is not your usual dog-fighting fast-paced space shooter, instead focusing on strategy, and mastering a ship’s weapons and systems. Divided into classes, each ship comes with its own abilities and the game is more about strategic manoeuvrability and control than anything else.

The beta kicks off with a basic tutorial demonstrating the WASD ship movement, but as this is space, you’ve also got up and down to think about. The different weapons on each ship are activated via numbered hotkeys and mouse buttons, and – apart from a wheel menu which can be popped up to select faster movement speed, raise shields or add more power to weapons – that’s about it. Yager could have opted for a complex model with numerous ship systems to control, but instead they’ve kept things very accessible.

Before I go on, it’s worth pointing out that Dreadnought will be free-to-play when it launches, which is probably one of the main reasons it’s so accessible. And then there’s the other side of free-to-play, which I’m sure you can guess at: microstransactions. As long as you’re prepared for that and are used to playing games such as World of Tanks or War Thunder, then you shouldn’t have any other nasty surprises.

It’s really hard to tell how influential these microtransactions will be at the moment as we were supplied with a decent amount of currency for preview purposes. As an example, though, 500 GP costs $4.99, and 250GP will buy you something like a Heavy Nuclear Torpedo. Naturally, you can get this stuff without spending a penny but you’ll have to work for it. These prices are probably not final. 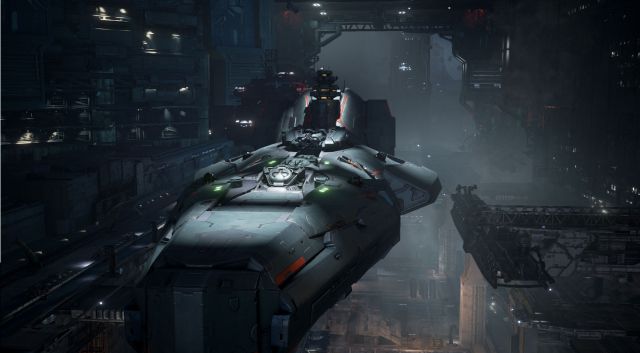 There are a lot of cosmetic customisation options on purchased ships; decals, engine types, different bridge types, and even weird-looking bulkhead ornaments. There’s a lot there to tinker with. Anyone who loves messing with the configuration of huge ships will probably spend some time with the cosmetic side of things, simply to make their vessel a little more unique.

At it’s heart, Dreadnought is about strategic manoeuvring and the use of cover. Granted, space doesn’t usually have much cover – that’s why it’s called “space” – but in Dreadnought there are asteroid belts and planetary combat which give opportunities for the hulking vessels to try to get into an optimal position, using a variety of skills that depend on the type of ship. The ships are split into classes: the lighter Cruisers and faster Corvettes, the middle-of-the-road Destroyers, and the mighty Dreadnoughts themselves.

Nonetheless, Dreadnought isn’t about twitch reflexes. It’s about tactics and the use of the skills at exactly the right moment. It sounds simple enough, but after a few games of trying to just target enemy ships and firing as much as possible, it became apparent that wasn’t going to work. It was more about biding time, observation, careful positioning, and then striking. When you’re moving a big ship around, you sometimes need to be patient before breaking cover and surprising an enemy.

The natural instinct is to fly as high as possible because you’re in a spaceship, but that just exposes you to the enemy. Being aware of what’s going on all around you is essential , and because there aren’t much in the way of escape abilities (unless you warp or cloak, assuming your ship has these abilities) you can easily end up as a sitting duck. There’s a small map in the top right of the screen indicating enemy locations but it’s at best a rough guide to what’s going on. Using the mouse to look around and observe enemy movements is the best way to see what’s happening on the battlefield. 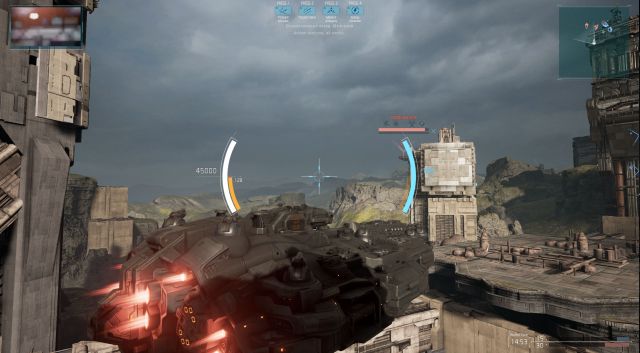 There’ve been a few times when I thought I was being sneaky, hugging the canyons and getting into a fantastic position, only to turn a corner and find myself face-to-face with a couple of enemy ships. All I could do was fire off countermeasures and hope for the best. Getting caught in close proximity by a couple of enemy ships rarely ended happily for me.

Positioning is important, but your ship’s status will change regularly with weapons having to recharge on the skill cooldowns, overuse of energy during combat, and moving or raising shields also requiring consideration in the heat of battle. After a couple of matches it’s apparent that Yager’s decision to keep things simple was the right one, as there’s quite enough to worry about without having to micromanage a ship’s systems more than is already required.

Right now, the beta offers up a couple of deathmatch modes, with games lasting a relatively nippy 10 to 15 minutes. If (well, when) you die, you can switch ships in your roster and rejoin the battle until there’s a winner. 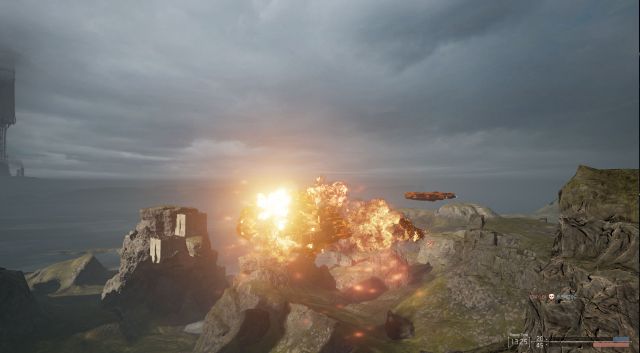 I wasn’t quite sure what to expect from Dreadnought. Honestly, I think I was probably expecting something a little faster-paced, but considering the way battles play out, a faster pace would just be frustrating. Don’t get me wrong – the lighter ships do move faster so there’s always an option to play more aggressively, but you’re still going to explode if you get your tactics wrong. So far I’ve enjoyed the game more than I thought I would when I first started playing, but I’m still not sure if I’d be prepared to dig deep and spend the time tinkering with the weapons and loadouts for short spurts of game time.

There’s still work to be done here and it’s hard to get a complete feel for what Yager are trying to achieve with the very basic game modes in this beta. Still, it’s one to keep an eye on as the testing continues.

By Jason Rodriguez6 days ago
Patches