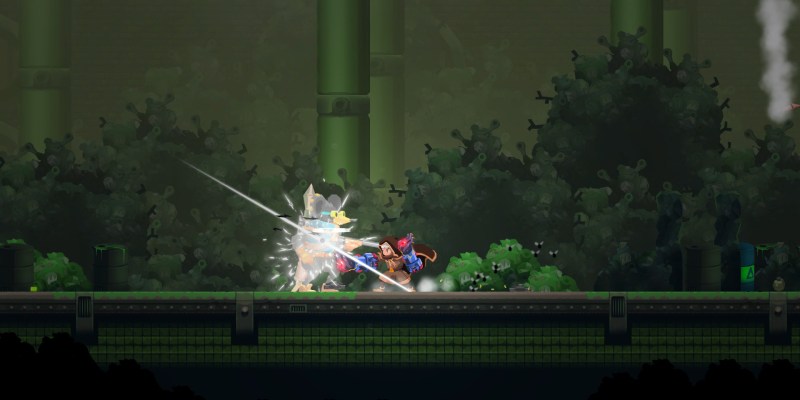 If there’s one thing that never ceases to bring a smile to my face, it’s a successful Kickstarter. Especially when that Kickstarter is for an exciting indie game thought up by a talented small team. And given that Endless Memories managed to raise over $14,000 and is developed by just two people, I think it qualifies.

To add to my excitement Endless Memories is a combat-oriented Metroidvania. Given my past experiences playing the likes of Valdis Story and Hollow Knight, I was more than up for this. And even though there are some hurdles to overcome, Homunculus Games’ first release does not disappoint.

Outside of the occasional platforming segment, most of the challenge in Endless Memories derives from its combat. Your choice of weapon plays a bit part in how you approach each battle. Although there are options to improve your equipment, most of the time you’re going to want to find a shiny new weapon instead.

Weapon drops can be acquired in a handful of different ways. Defeated enemies can drop them, they can be found in hidden chests, or you can come across traders who’ll sell weapons for a price. There are a ton of different weapon types that all have their respective pros and cons. This varies from heavy two-handed melee weapons to lighter options like bows and daggers. This allows you to fine-tune your play style for power or precision. 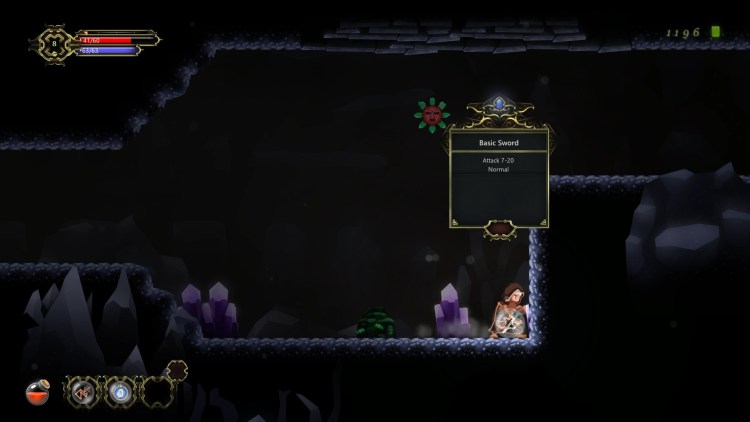 Combat is tough and relies on you knowing both how your weapon works and what the enemy’s behavior patterns are. Although most enemies are predictable, there are a lot of them. Endless Memories can be unforgiving in this regard, as it feels like a new enemy appears every time you enter an area for the first time. Some enemies require you to parry their attacks, others you’ll need to dash through, and some are best rushed before they get their attack off. Figuring out when to do what is challenging. Expect to die over and over.

Just be aware that enemies will always respawn when you leave and re-enter an area. On the bright side, this lets you farm for experience and equipment which is required for certain stages of the game. Unfortunately, it can be annoying at times since it hurts the overall feeling of progression. After all, what’s the point of killing everything when you know they’ll all be back in no time?

I won’t lie, when I first began playing Endless Memories, things weren’t going great. There’s no difficulty curve as such with even the earliest levels offering plenty of challenges. That’s not to say things don’t get harder down the line, but at least by then you’re all kitted out with strong equipment.

Perhaps craziest of all, there’s a boss fight about half of hour in which requires a better understanding of the combat mechanics than you’ll likely possess by that point. There is a limited tutorial, but I can’t say it helps out too much. You’re told how to use several abilities and weapons right at the start but then they’re taken away from you when you enter the first real world. When you finally unlock them again for real, there are no instructions on how to use them. I suppose I’m just meant to remember what I was told several hours ago. 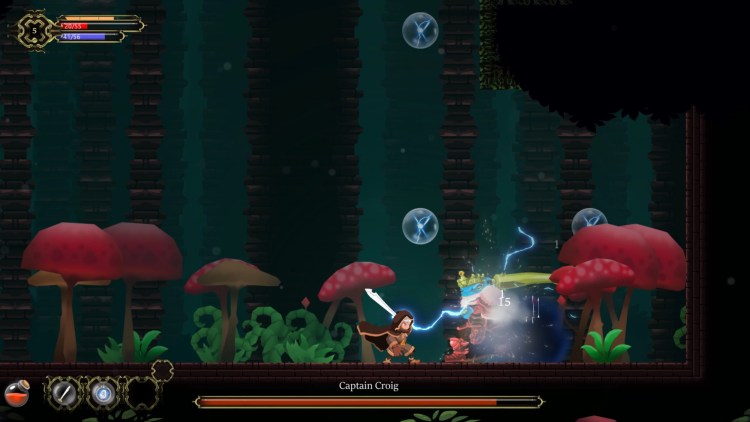 However, while Endless Memories doesn’t do a great job of explaining itself, actually learning how to improve is fun. Even if it feels undeserved, pretty much every death is avoidable. I’d consider the harsh learning curve here akin to something like Spelunky. Theoretically, if you learn enough about the game and master its mechanics, you should be able to complete it without taking any damage. It’ll take a very long time to get to that point, but for some, that’s the appeal.

On that note, if you’re looking for something more on the relaxing side, Endless Memories is not for you. I have no idea if Homunculus Games is planning to add it in the future, but right now there’s no way to adjust the difficulty. A set difficulty isn’t necessarily a bad thing, but it does mean that some may find its steep learning curve against their favor.

One man and his art

When I first saw Endless Memories‘ gorgeous hand-drawn art style I was convinced it was the work of a sizable team. Each sprite is beautifully drawn, and the environmental details far exceed what you may expect from a self-published indie game. And all this was single-handedly put together by co-creator Robert Roy. I can’t even begin to imagine the amount of time and effort it took for a single man to put together so many high-quality assets.

The animation is certainly praiseworthy, too. I’ve been particularly impressed by how every action feels and looks surprisingly realistic. From the swinging of weapons to mantling up steep surfaces, every action feels correctly weighted. There’s something incredibly satisfying about cleaving an enemy with a battle ax and being able to actually see the sheer force applied in the swing. 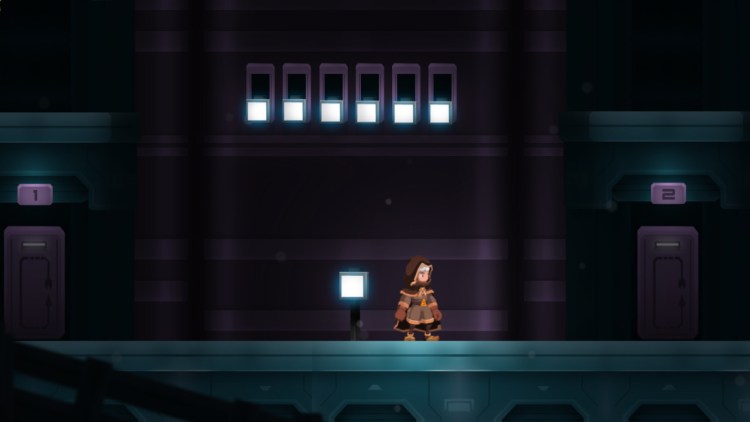 Contrary to its fantasy RPG appearance, Endless Memories‘ gorgeous art extends itself to provide some sci-fi goodness too.

Performance-wise, Endless Memories run at the standard indie locked 60fps. My stance on this is that it’s fine, but given this is a 2D game, I’d expect better. Obviously, it’s still perfectly playable and stable. But given how precise some of the combat can be, higher framerates would have been nice — especially for those like myself who own monitors with high refresh rates. But I’ll forgive it, since throughout my time playing it didn’t drop below the 60fps threshold even once.

Don’t expect too many options as the settings more or less boil down to volume and key binds. Although given Endless Memories‘ GPU requirement of anything that supports DX11, I doubt anyone will need to drop their settings to run this. Otherwise, it’s nice to see fully bindable controls for both keyboard and controller as this is an option many indie developers overlook.

A high-skill Metroidvania focused around unforgiving combat isn’t going to be for everyone. Especially since, at least as of writing this, there are no difficulty options to accommodate a wider audience. Even so, the wonderful art and animation coupled with an extremely rewarding combat system give players plenty of reasons to become invested.

I will say though that the early game isn’t great. The tutorial is lackluster and therefore I found the biggest hurdle to be that initial first hour of play. This could definitely put off some players given Steam’s convenient refund system, but I’d encourage you to try and push through it. Because once you get further in and learn how its combat mechanics work, Endless Memories will have you smiling in no time.

Although Endless Memories could be described as somewhat of an acquired taste, it'll no doubt appeal to those who enjoy the Metroidvania genre. There aren't many games with better combat systems and both its art and animation are truly world-class. The first hour or so can be a little rough but once you get past that, there's a great game waiting to be explored.