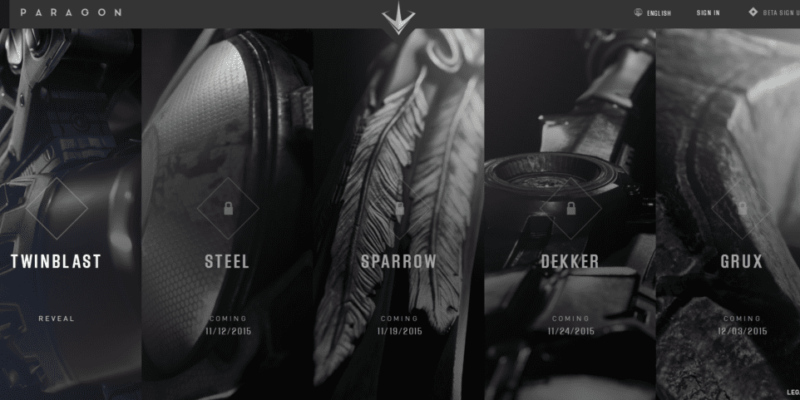 A new project from Epic Games called Paragon has just been sort-of-announced, by way of the company tweeting a link to a currently incomplete website.

Here’s where they did that.

Still, we can use our amazing powers of deductive reasoning to figure out a few things about what the game might be. It’s from Epic, so the chances of it being a first or third-person shooter are pretty high (probably the former). The Paragon site lists five ‘heroes’ (shown in the image above), one of which will be unveiled each week.

That points pretty strongly to either a co-op or competitive multiplayer concept.

One of those heroes, Twinblast, can be seen here. He’s got four skills/perks to choose from (with various damage buffs and the like), suggesting various load-outs. Another four heroes – Steel, Sparrow, Dekker and Grux – will be revealed in due course.

There’s also a link to sign up for beta access, if what little has been shown of Paragon so far appeals to you. It seems to be coming to the PC in early 2016.