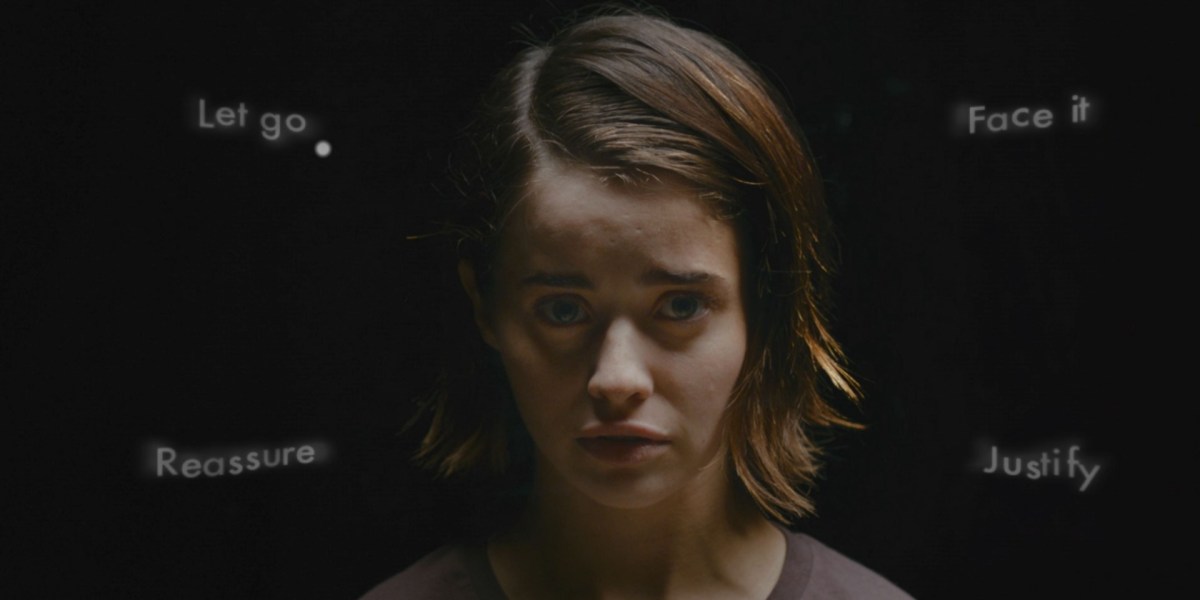 I’m such a coward when it comes to games. Anything that goes bump in the night scares the ever-loving bejesus out of me and I avoid them like the plague. That said, I’d heard great things about Flavourworks’ attempted full-motion video (FMV) rebirth, Erica, not to mention its immaculate soundtrack. For that reason, I decided to throw caution to the wind and give its newly released PC incarnation a try. Mercifully, it was well worth the sleepless nights that I’ve encountered ever since.

Right off the top, I’m going to admit that this review is going to be rather light in story specifics, as the narrative’s slow burn is one of the best aspects of the overall experience. Instead, I’m going to primarily focus on the mechanics and overall flow of the experience, from decision to decision. Trust me, I’m doing you a huge favor on that front.

The overall framing of Erica is tremendously dark from the outset. This poor little girl, who has lost her mother, now gets to discover the lifeless body of her father after being murdered and disfigured in cold blood. As fucked up as it’s to expose an extremely young child to this level of gratuitous violence, you can only begin to imagine the obvious mental and behavioral ramifications this introduces later on down the road.

Fast forward numerous years later and this unfortunate child has grown up into a semi-functional adult. I only say semi-functional, because it seems fairly obvious that she is suffering from a well-warranted case of mental trauma. Eventually, it appears that the person who originally offed her father has once again become active after sitting dormant for many years. Again, I don’t want to go too far down the narrative road, but suffice to say that Erica will experience numerous twists and turns as things progress.

To appreciate everything that Erica is, I think it’s worth calling out that the overall experience doesn’t feel like a game. Before you jump down my throat over that statement, let’s take a look at the bigger picture. For one, the experience very rarely pulls out of the third-person FMV perspective. When that does happen, it’s rarely to do much of true consequence. 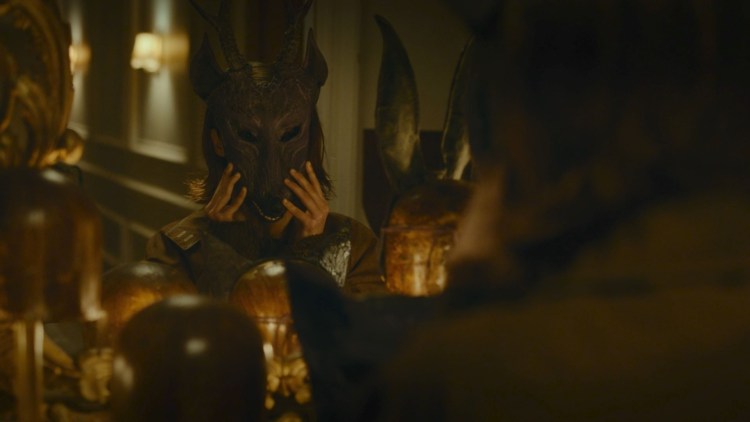 Whether it be smashing flower petals to make perfume or flicking open a lighter and setting it ablaze, none of these instances have any bearing on the overall experience. Even more amusing is the fact that I’ve never used a Zippo in real life. If it hadn’t been for the on-screen prompts, I wouldn’t have known what direction to spin the dial thingy. Yes, that is about as detailed an analysis as you’re going to get from me on the physics of a lighter.

Ironically, this level of overanalysis of a single mechanic seems like the narrative designer’s view into Erica’s world. This is the primary method that we get to interface with the game. Sure, decisions need to be made on Erica’s behalf, but these single-action quick-time sequences were easily the most frequently appearing, not to mention gamey aspect of the overall structure. While these momentary distractions did a solid enough job breaking up the plot, many times they just felt out of place, and quite frankly, completely unnecessary. 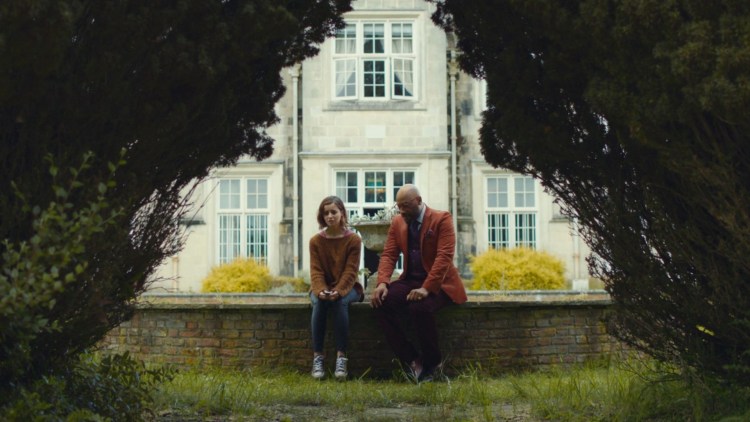 Another minor pet peeve of mine that Erica utilizes constantly is a disjointed narrative structure, where the jumps in logic are completely explained. A perfect example of this is when the main detective originally insists on her coming with him to the Delphi House for the first time. Suddenly, smash-cut to the two of them driving up to the estate. What? In a game that supposedly allows quite a bit of free will, you aren’t going to allow me any control over that decision?

The smash-cut seems to be used numerous times to help smooth over areas where branching decisions resulted in an opportunity to choose from one of several options. Abrupt transitions with very little context help to ease the jumps between two or three different off-shoot scenes, because there were three separate ways to back into the same situation. This lack of framing, while cleverly implemented, does tend to impact the way the overall storyline plays. 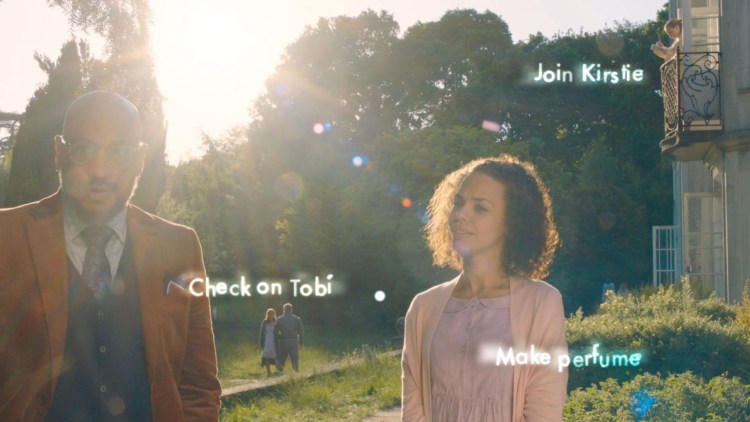 There were other scenarios that I found equally insulting, where you are simply given the illusion of choice. Case in point, there is a scene where the main detective insists on going back to the Delphi House, but that you should stay in your current location out of an over-abundance of caution. Despite my insistence, that I wanted to go with them back to the facility, I was instead left at a house that I shouldn’t reveal anything else about, at risk of spoiling the experience. What made this so insulting is that there was the illusion that you have control over what is coming next, only to tear it away and force you down a single path.

Upon replay, you can begin to see the proverbial puppet strings, and honestly, it impacted my overall enjoyment negatively. Each time it became more and more obvious Erica’s core narrative was essentially locked in, and completely out of your control. Only at a handful of junctures were you allowed to branch out in two to three different side scenes. That was pretty much all these were: scenes. I would’ve appreciated getting a bit more unique progression from each path, but alas, they all would funnel back to the core plot after only a few minutes of side-questing. 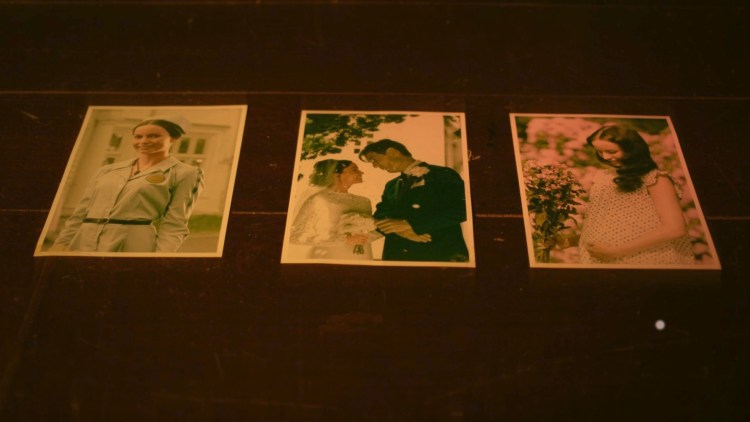 Overall, there are a total of six different endings, each of which is legitimately determined by the decisions you make. I will cop to a playthrough that gave me one of the most unexpected outcomes ever. I attempted to make a “wrong” decision at every juncture. Yet despite my best efforts to derail or “blow up” the experience, the overall arch remained relatively unchanged. And while it proved to be a bit disappointing, it’s a legitimate testament to the hard work of the designers.

I would be remised if I didn’t call out the fantastic cinematography. Everything is framed like a feature film and is beautiful in its own right. This is even greater complemented by the cast of journeymen (and women) actors, who deliver convincing performances from top to bottom. Where most games tend to contain groaner moments where dialog or performances can tend to get a bit mangled, this felt like a really good, “Movie of the Week,” TV thriller vibe.

Part of what helped pull the entire experience of Erica together was Austin Wintory’s stellar score. This guy can do no wrong in my eyes, and this is just another incredible example of his excellence. His hauntingly atmospheric timbres set the tone for each playthrough, while also punctuating the intense moments, throughout. I legitimately cannot say enough good things about Wintory’s work and always look forward to seeing what he’s a part of next. 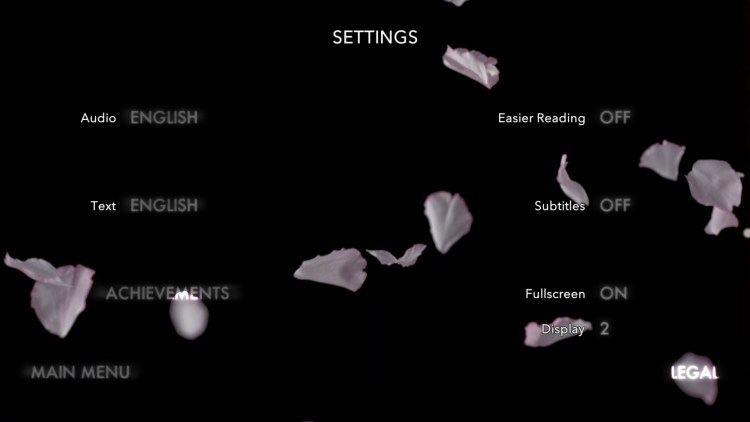 One last item of note is the technical options, or in this case, the lack thereof. Seriously. You can’t even adjust your resolution for Christ sake. I wish that were a joke. That said, at least in my experience everything looked great, regardless of the resolution of my screen. The only items I was allowed to change were the language, for obvious reasons, toggling subtitles and their size, and the screen you want to display on.

Erica is unlike anything I’ve ever played before. From top to bottom, compelling acting, cinematography, and a twisted storyline provide the locomotion for one hell of a narrative ride. That said, I would personally only recommend playing through the experience once, as there are increasingly limited returns, each time through. As long as you can get past the fiddley quicktime sequences, you’re in for a treat.

As long as you don't plan on making a repeat playthrough, Erica is a great experience. Only upon replay do issues like limited narrative variation, non-essential quicktime events, and the illusion of choice make an appearance. Despite that, this is a fantastic use of the FMV genre that more people deserve to experience.

The best wishes to redeem from RuneScape’s Guardian’s Gift