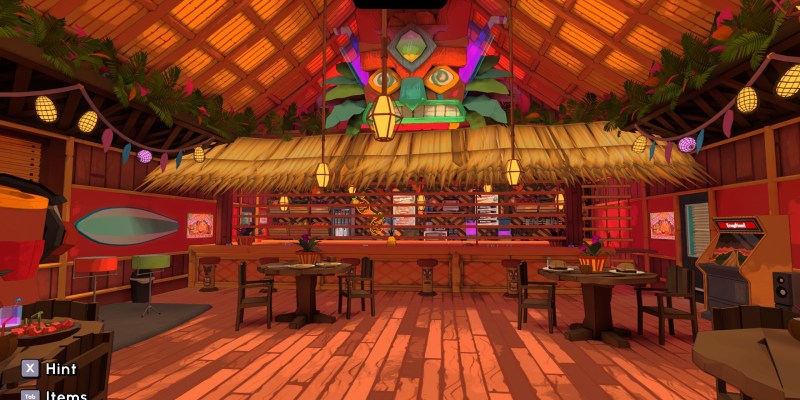 I was very fond of Escape Academy back when I reviewed it. It was short and most of the puzzles were pretty doable for someone like me who’s horrible at puzzles. When it was announced that the game was getting an expansion, I was all for it. Escape from Anti-Escape Island adds five new rooms to escape from, which is over a third of the 13 included with the base game. From what I can gather, the ones in the DLC are more difficult than the others, so this DLC looks to be full of more quality escapes.

Escape from Anti-escape Island starts with the player character, the headmaster, Jeb, and Gwen jetting off to an island vacation as a reward for saving the school at the end of the base game. But their plane is shot down, only to land on a mysterious island with its own escape rooms. There are more of the game’s character interactions here, which are still charming enough. But not everything is an escape room this time. The second level, for instance, has no timer and just lets you take your time while trying to make contact with characters of whom the player character lost track.

I’d love to go into more detail, but the truth is I only got to do two of the five included levels. I got stuck on occasion in Escape Academy, but the game’s hint system always gave enough info that I was able to get through. The final puzzle in level two, however, has me entirely stumped. I quite simply have no idea what it requires of me or what it means. To put it bluntly, Escape from Anti-escape Island really cranks the difficulty up. I’ve been wracking my brain to try and solve this puzzle but it appears beyond me. 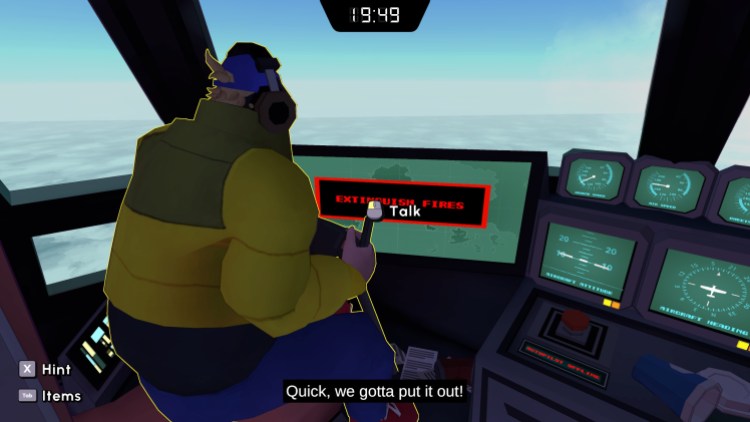 Escape from Anti-escape Island’s first level sees you attempting to get off of a plane as it’s going down. It’s a highly clever sequence with a bunch of puzzles that require hints from all corners of the plane. This one has a 25-minute time limit and I literally made it with a single second to spare, which really had my heart pounding. The quality of the areas and puzzles that I saw were completely in-line with those of the base game. The second level takes place at a juice bar where you have to find keys to get inside the manager’s office, which is where I found the puzzle that stumped me.

Escape from Anti-escape Island is more Escape Academy, which is absolutely a good thing. Anyone who enjoyed the base game will find similar levels of quality on display here. At the very least, if you played the base game and wanted tougher puzzles, or even puzzles that hold your hand less, you’ll find them here. At least at the end of level two. Good luck figuring out whatever that encryption code is. 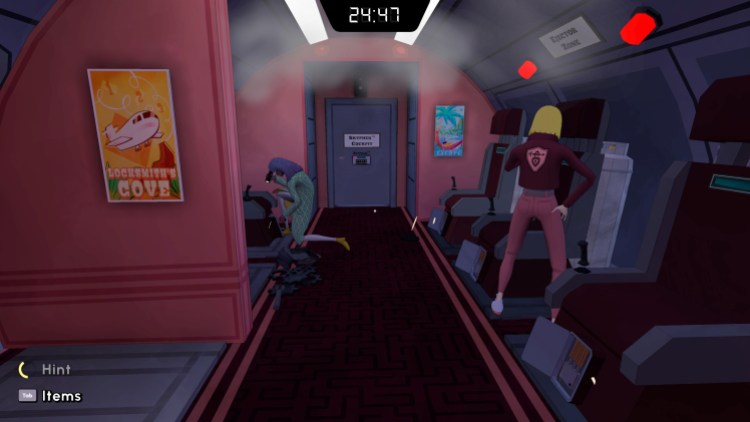 Loadouts are changing in Call of Duty: Warzone 2.0