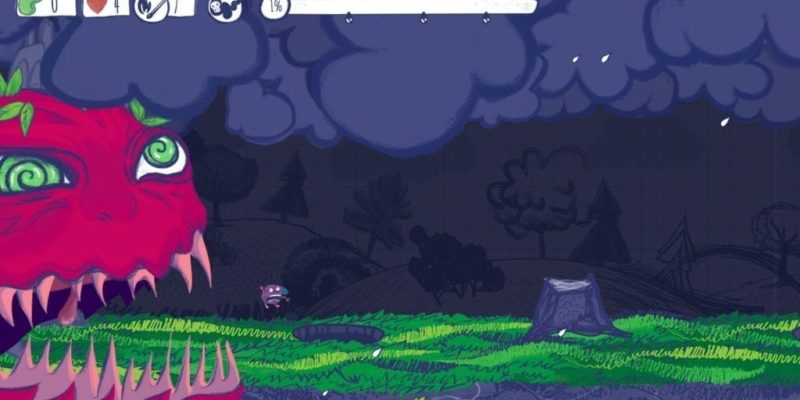 Auto-runners are a curious subgenre in the realm of platformers. Aside from Bit Trip Runner, though, the games don’t get a lot of love outside of free-to-play mobile games. As the Runner games show, the genre can be a whole lot of fun, but more often than not, they’re lazy cash grabs. Escape Doodland doesn’t try anything underhanded to pad out the experience, however.  But does it do enough to warrant a look, or is it a forgettable experience?

Escape Doodland doesn’t really have a story, but, at the same time, it has all the story it needs. You’re running for your life from a giant monster. If it catches you, it eats you and you lose a life. That’s really all the motivation required. The game’s visual style is meant to evoke doodles in a notebook, and it totally nails it. It really makes the most of this premise in a really imaginative way that sells the core concept.

Since Escape Doodland is an auto-runner, it’s very self-explanatory. The game handles most of the forward momentum and leaves the player to focus on timing jumps. The jumping is very responsive and the platforming feels very good. It’s a rush to pull off a bunch of tricky jumps while the monster, named Omnomus, is on your tail. Thankfully, there’s more to the game than just pressing the jump button. 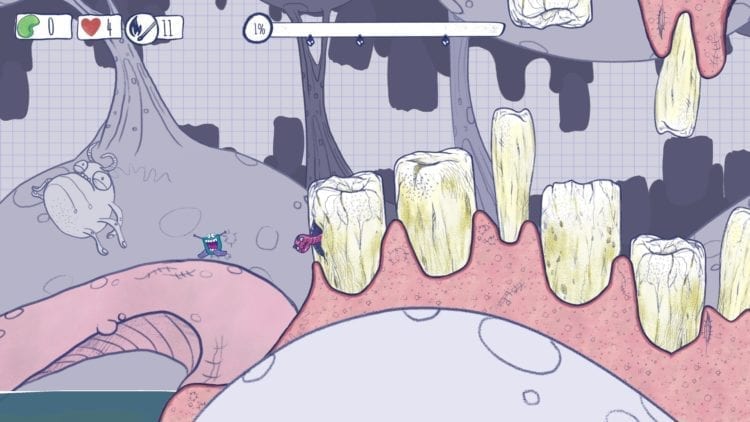 This level clearly hasn’t been going to the dentist.

Escape Doodland has ten levels packed with two different kinds of items: beans and matches. If you’re assuming that means that the game’s additional mechanics are based around flatulence, then you’d be right. Your chosen character has three fart moves they can pull off to help them survive. They can launch themselves forward, launch themselves upwards, and leave a particularly nasty one behind to stun Omnomus. The first two each use up one match when activated, but the stun move is free and can be recharged after a while.

The beans can be tricky to get and can require some memorization. The use of the upward and forward fart thrusts are also frequently necessary. At the end of each level, you earn up to three golden beans based on how many regular ones you collected. These golden beans are how progress is gated. If you get stuck on a tough level, you can skip it for a time if you’ve collected enough golden beans.

Additionally, regular beans act as Escape Doodland‘s currency. When on the map screen or menu, the shop can be accessed at any time. Items for sale are made up of unlockable avatars and new power-ups. There are slots for three different kinds of power-ups: stun fart power-ups, thrust fart power-ups, and power-ups that help with lives. You can also spend a hefty amount of beans to unlock a fourth slot. This allows you to add whichever type of power-up you’d like. The lives power-ups are really useful in particular, as the lives system makes up a large amount of the game’s challenge. 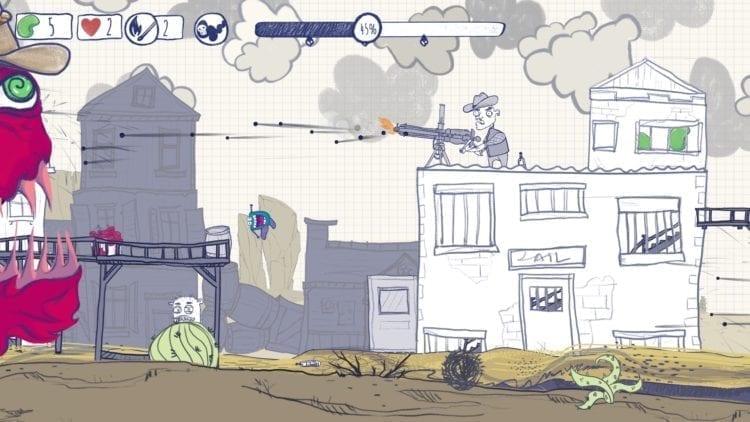 Omnomus wears different headgear depending on the level. Hilarious.

One Level In Particular Damages The Overall Game

Without any power-ups active, you start each level with three lives. The levels all have a few checkpoints sprinkled throughout, and you receive a single additional life each time you make it to one. If you run out of lives, you naturally have to start the level over from the beginning. Power-ups, however, allow you to have a fourth life and to receive a second additional life at a checkpoint. There’s also a power-up that allows you to use the stun fart twice without needing to recharge, which definitely helps with tougher levels.

And some of the levels are quite tough. For the most part, I think Escape Doodland‘s challenge is right where it needs to be. The game is hard, but between the fact that you can grind levels in order to increase your bean count and the power-ups, I think most people will be able to power through them. The levels take place over a decent variety of places. These include a forest with falling trees, an underwater level where fish with suction mouths launch themselves at you, a level where all the platforms are teeth, and my personal favorite, a level that partially takes place in the middle of a wild west shootout.

However, there are a couple of levels that ruin the game’s difficulty curve. Level five has a part at the end that is almost certain to screw you over with a falling ice block that gives you very little time to react. And then…there’s level seven. I don’t even want to think about level seven. Levels six and eight both offer the right kind of challenge, but seven is hands-down the absolute hardest level in the game by a massive margin. It takes place in the aforementioned underwater level, and those suction fish are a nightmare. Once you get past most of those, you then have to deal with a bunch of electric enemies. The level is just much, much more difficult than it has any right to be. Even the last level doesn’t come close to comparing. 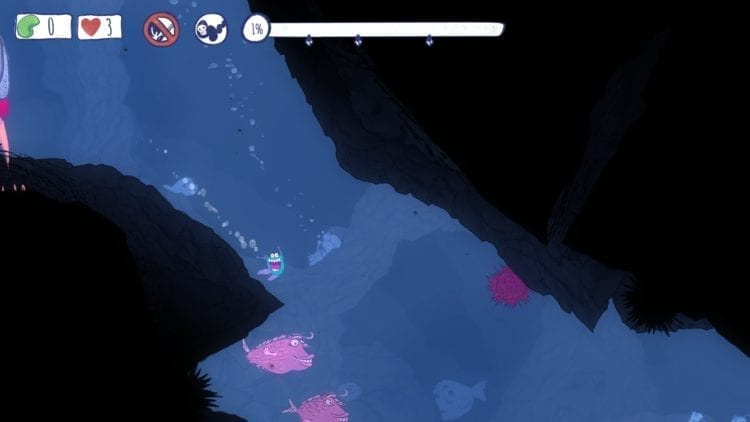 These fish will haunt my dreams.

So, level seven really ended up damaging the overall experience for me, but the game’s biggest letdown is its length. At only ten levels, I’d say most people could see most of what the game has to offer in under two hours. There are 40 golden beans to collect, but the only unlockable for getting them are two more avatars to use in levels you’ve already mastered. The game looks and feels good, but I really hope it adds more levels in the future, as the tiny amount of levels can make it harder to recommend.

Short length notwithstanding, Escape Doodland is a unique, challenging time that is usually enjoyable. It has a lot of imagination, a great look, and responsive controls to go along with its generally good level design. Anyone who’s into quirky platformers should find a lot to like here. As long as level seven doesn’t drive them to uninstall.

Escape Doodland could use some more content, but it's a really neat, little game. As long as I'm not playing level seven.

NylonGate: Did Streamers Grab Up All The Quality Fallout 76 Bags?