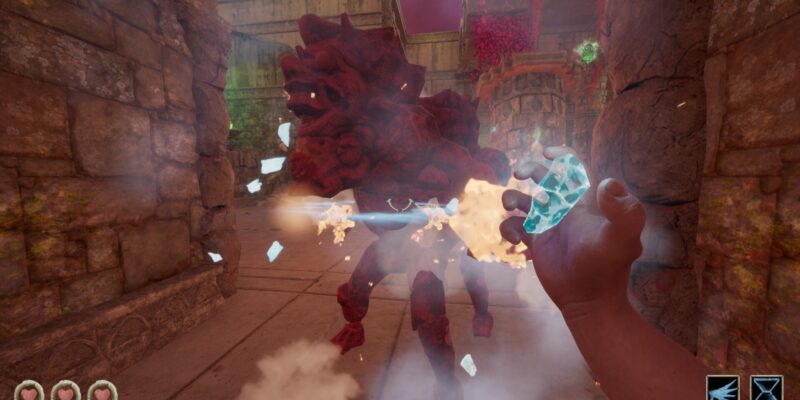 It can’t be a coincidence that Escape from Naraka is releasing just weeks ahead of Naraka: Bladepoint, right? What makes me even more suspicious is how unfinished this game feels. There are some decent ideas on display here and there, but between its two-hour runtime, persistent game design issues, and frustrating trial and error, Escape from Naraka left me wanting to make a break well before I hit the end credits. Perhaps I’ll truly escape when I finish writing this review.

Naraka, if you’re not aware, is basically the Indian religious version of hell. The player character finds themselves there, so, uh, they want to escape, obviously? There’s not really a plot, save for a short slideshow cutscene at the start and end of the game. As this is meant to be an arcadey game with leaderboards, that’s fine. It’s your mission, if you choose to accept it (only you really shouldn’t), to guide your character through seven levels of platforming and dying to a bunch of cheap bullshit you couldn’t see. I was legitimately grateful when I hit the credits.

Yes, you read that correctly. Escape from Naraka is two hours long. It has seven levels and you’ll beat the first one in just a few minutes, so you’d be forgiven for thinking the rest will follow suit. In actuality, I ended up spending nearly half my playtime on just levels six and seven, as that’s when the design started getting even wonkier. Each level simply tasks you with making your way to a portal. Along the way, you’ll platform, run from monsters, and wonder why certain choices were ever made in the first place. 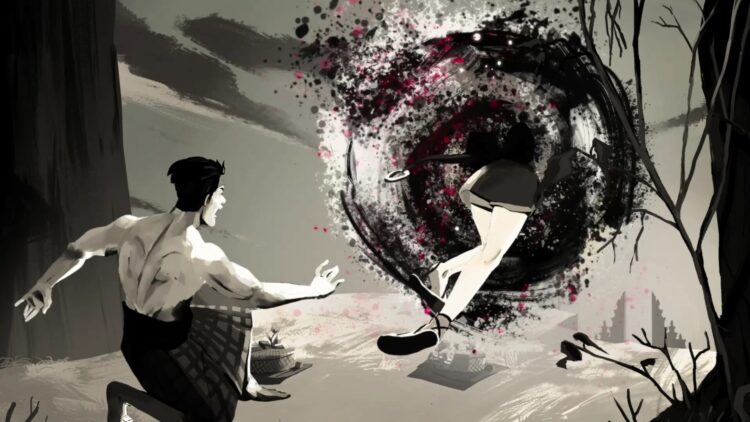 Run as slow as you can

The levels in Escape from Naraka are designed to keep you moving. Upon reaching the exit portal, you’re graded on several factors, such as how long it took you, how many shiny things you grabbed, and how much damage you took. Despite the emphasis on speed, your character moves fairly slow. There also isn’t much momentum, so attempting to deftly navigate each level’s twists and turns doesn’t actually feel all that great. On top of that, the jumping is kind of weird. The angle of each jump doesn’t feel quite right and it’s often difficult to land on platforms with any level of precision.

Granted, first-person platforming is problematic even with good controls and physics. But not being able to see where I was in relation to platforms was a major cause of death in Escape from Naraka. The jumping is also strangely unresponsive, further worsening matters. I never felt like I had a legitimately acceptable level of control over my movement in this game. Considering that this is a platformer, that’s quite a major problem. Of course, there’s more than just jumping. As you progress through the levels, you’ll come across new abilities that change things up.

One of these is the dash, which can be used regardless of if you’re on the ground or in mid-air. This ability has a cooldown, so you will have to wait a tic before using it again. Then there’s your ice magic, which can temporarily slow certain traps and enemies. This has to be charged and nothing stays frozen for long. Finally, you get the ability to slow down time later in the game, which is absolutely necessary for surviving some of the tedious hurdles Escape from Naraka hurls at you. 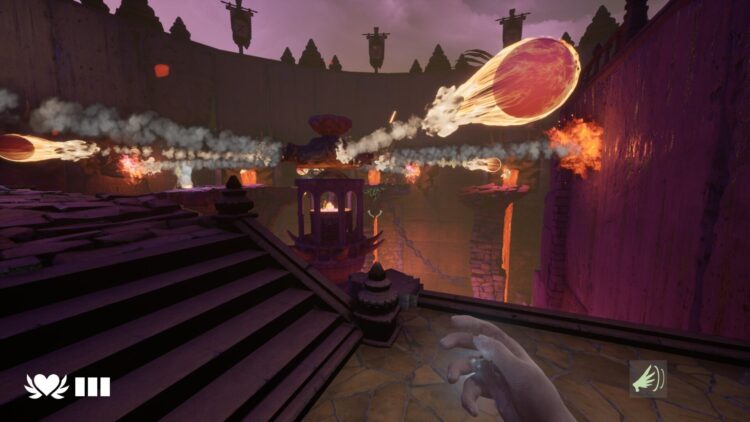 Why couldn’t you just tell me that?

The slowdown ability actually has two additional functions that the game doesn’t explain well. The first of these is delivered via a confusing tutorial. The next isn’t explained at all. You’ll have to figure it out though, or you can’t progress. If you take fatal damage while slowdown is activated, you’ll be returned to the spot you were in when you first used the ability. At least, I think that’s how it works. I’m not entirely sure. And on that note, I’m not actually sure why this feature is even in the game, as it’s not only unnecessary, but not all that useful either.

The second and extremely necessary additional feature for this ability is that, after you dash once while time is slowed down, you can immediately dash again without a cooldown. I had trouble with the first jump that required this on account of having no clue that it was a thing. It was quite vexing.  Of course, you’ll also use this ability to dodge traps that are moving too quickly. There are all sorts of traps in Escape from Naraka. Rotating spike platforms, spinning blades, you name it.

Then there are the enemies. I can’t say many positive things about them. The first enemy just runs at you and hits you if it gets close enough. It’s not a big deal. It also can’t jump and you can freeze it. The second enemy is like a Weeping Angel from Doctor Who, and it can’t move while you’re looking at it. Well, it’s not supposed to, but I saw it move plenty of times, because they aren’t capable of stopping in the midst of certain animations. Oops. They’re so fast that it’s almost like they can teleport. And sometimes you have to deal with more than one at once. 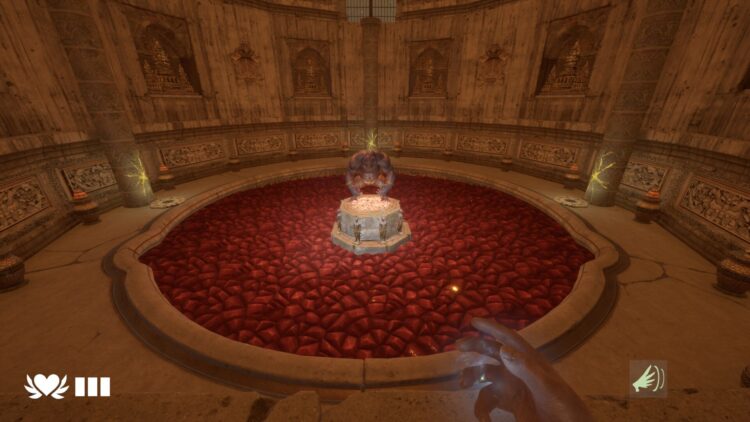 Is this supposed to be fun?

Speaking of teleporting, one of the enemies can literally do that. It can often teleport directly on top of you and one-shot you. Your only recourse is to shoot and freeze it before it squeezes its attack off, but you have to be quick. Also, Escape from Naraka likes to throw this enemy at you while you’re trying to platform. It doesn’t work well. The game devolves into trial-and-error sections where it isn’t quite clear what you’re supposed to do and I just died over and over again while attempting to figure it out.

There are also these platforms that you can’t stand on, even though they look like you can stand on them. In reality, you have to jump on them and then immediately jump again to get to higher ground. Once again, Escape from Naraka doesn’t tell you this. There’s one of these right before the exit portal in the sixth level, and I legit thought that the geometry was broken. I did eventually figure it out, but I almost wish I hadn’t, because then I would have been spared the seventh level.

There are a couple of boss battles in Escape from Naraka. The first boss is as frustrating as the rest of the enemy encounters. It has two phases, and you can only take two hits. The second boss is at the end of the game and is easy and quite short. Nice. For most of the game, everything kills you in a single hit. Some enemy attacks only do one or two points of damage though. You have three health points, so I’m not sure why almost everything in the game has to kill you in one hit. The answer that I’ve come up with is that this game is bad and you shouldn’t play it. 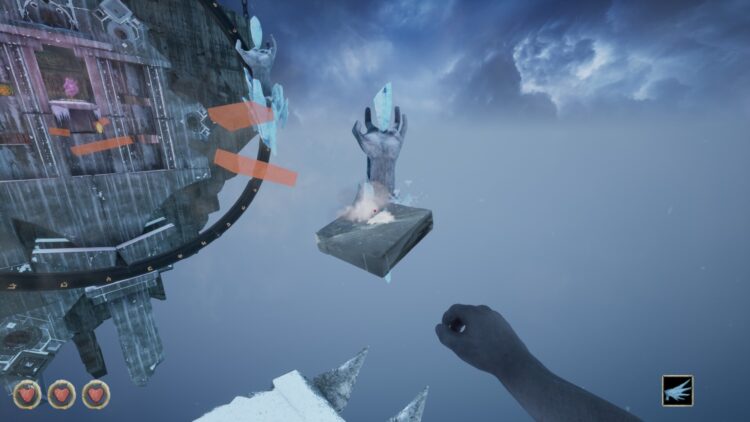 Right now, I just want to escape from thinking about this game again.

Genshin Impact guide: How to get the Hamayumi Bow