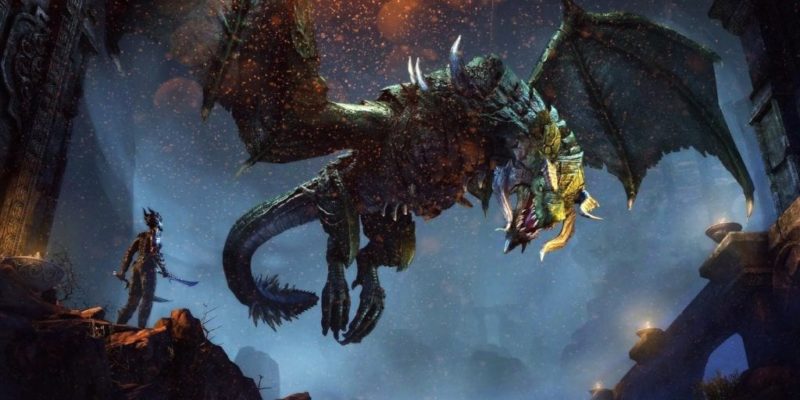 Since the original release of The Elder Scrolls Online, players have been wondering when dragons would make an appearance. It seemed all but inevitable, pesky lore aside. This was the hallmark encounter of the previous installment in the series, The Elder Scrolls V: Skyrim. Since then, many players have been clamoring for a similar experience. Developer ZeniMax Online Studios deliver this and much more in a big way in the next big expansion, Elsweyr.

Much like previous overland events (such as Dark Anchors), the dragon threat occurs right out in the open, all across Elsweyr. This event, called Dragon Hunts, is available for any and all to join. Unlike previous events, however, dragons are quite far from static. There are multiple areas on the map where dragons can land to do battle with hopeful adventurers. Players can see dragons both on their map and soaring freely through the skies.

For the adventurers brave enough to corner one, the battle is far from a cakewalk. As Elite encounters, dragons are highly formidable enemies. The team at ZeniMax made sure that they were extremely hard to kill. Long story short? Don’t try taking one on alone, unless you have a death wish. This is rather hopeful news for ESO. For all its accolades, many Skyrim fans felt as if the dragon encounters were too easy. There were even popular mods which intended to increase the difficulty and intelligence of the encounters to present a challenge to higher-level characters. This is a big step in the right direction for The Elder Scrolls, with Dragon Hunts essentially forcing players to work together. 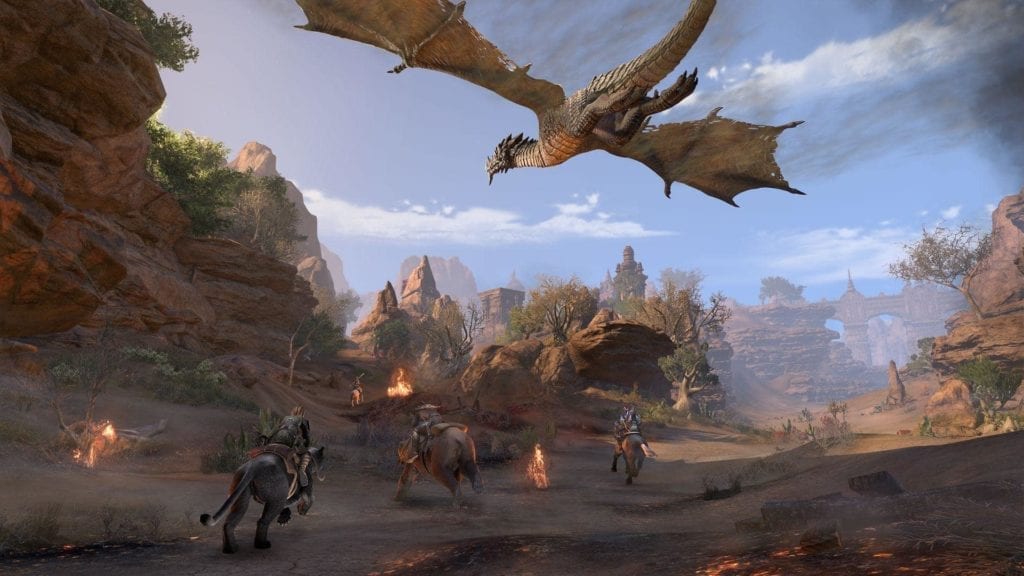 Facing a dragon will require cooperation and determination for success. Don’t try this at home!

How to down one of Elsweyr’s dragons

I cannot stress this enough: do not try and solo a dragon. Dragons in Elsweyr have more than 14 million health points. They have a myriad of very powerful attacks to boot, which makes soloing them nearly impossible. First and foremost, positioning is key. While many players’ instincts from Skyrim may encourage them to flank or attack the dragon from behind, it has abilities to counter both of these. If the dragon notices too many players behind it, it’ll swipe its tail to knock players back and cause a high amount of damage.

Flanking the dragon has its own perils, as well. Players who invade a dragon’s personal bubble from the side get treated to Wing Buffer. This attack deals more damage the closer players are to the dragon. This also spawns three fire tornadoes afterward, the combination of which being enough to outright kill a player. 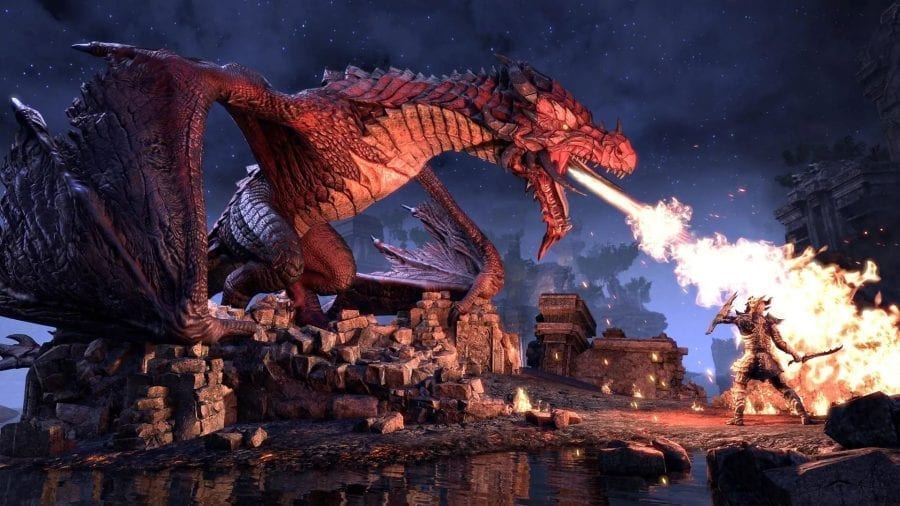 Dragons have many lethal abilities players must be wary of to avoid becoming literally toast.

The best way to down a dragon is positioning

In addition to its formidable melee abilities, they wouldn’t be dragons without some nice fire breath, would they? One of the more frustrating attacks is the Fireball. For this attack, the dragon flies to a rock and begins lobbing fireballs at players. While this can be frustrating, players can stand close enough to the boulder the big lizard is perched on and break its line of sight, causing it to stop targeting the player.

Dragons also use a cone-based attack called Shout Of Power. This is actually a heavy attack, so players can actually block in order to avoid the knock-back. You’ll still take some damage, but at least survive. The most intimidating attack these big guys have, however, is Scorch. This is where the dragon uses its breath to set the ground aflame, spawning enemies in the process. The key to evading Scorch is to wait until the dragon starts flying in the your direction, and strafe for dear life. Dragons are a handful, but with the right amount of coordination and practice, can take a dirt nap much like any other baddie.

In an exciting new 12-player raid, players face down a powerful golden dragon named Nahviintaas. Located at The Temple of the First Cat, as the lore goes, Nahviintaas arrived at the Temple after the dragons overtook Elsweyr. Making claim to be the avatar of Akatosh, the temple denizens accepted his claim and allowed him to lord over them. That said, there are some who reject the dragon’s claims, and that’s where adventurers come into the picture.

In this complex trial, Nahviintaas has two dragon generals by his side as well. Players must challenge his rule, first dealing with his generals and then him. In addition to fighting the dragons themselves, who each have their own raid mechanics, adventurers must deal with four distinct disciples, each with their own powers. This challenging dungeon experience also has its very own hard mode for each encounter.

Not only can players earn new armor and titles, but they can also get a sleek Senche-Lion mount from beating it all.

Elsweyr‘s trial has as much reward as it does risk

While some of the challenges certainly seem daunting, the payout is definitely worth it. In addition to an all-new armor set called The False God’s Devotion, there are some pretty sweet titles for completing the trial. In order to gain the title of “Sunspire Conqueror,” players will have to complete the entire trial on veteran difficulty. Also, for beating all the dragons on hard mode, without a single death and in under 30 minutes (oof), players will earn the title of “Godslayer.”

The new armor set grants Minor Slayer at all times, boosts spell critical, and damage by a considerable amount and greatly reduces Magicka cost for player abilities. An added bonus, as well, is gaining increased movement speed and Magicka whenever a player kills an enemy. Finally, if players completely every single trial achievement, they will earn a brand-new mount.

While Elsweyr has already entered Early Access, the real fun begins on June 4, when the DLC officially drops for PC. Looking to pre-purchase the expansion? Go to the official site and sign up today.

By A.K Rahming12 hours ago
Guides