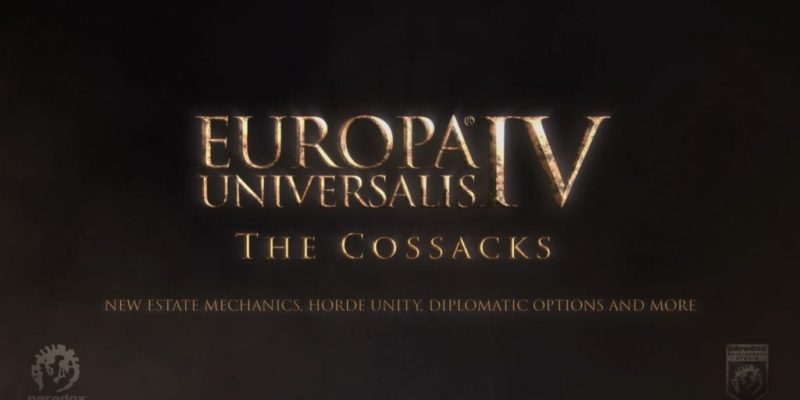 Historic national leaders will now be able to compare their performance with that of other players, as Paradox introduce some Leaderboards to Europa Universalis IV.

In order for a score to register on said Leaderboard, Europa Universalis IV must be played in Iron Man mode (so no save-scumming), and the relevant player needs to be logged into his or her Paradox account (and have a name on the Paradox forums).

This announcement is accompanied by the release of the ‘Cossacks’ DLC, but doesn’t depend upon you owning that.

What you will specifically get from the Cossacks DLC, is the following list of things.

– The Estates: Allocate lands to clergy, nobles and merchants as you try to balance the powers in your Renaissance state.
– Advanced diplomatic options: Threaten war, trade favors, and tell the world which provinces are of strategic importance in your plans.
– Tengri: Tengri is now a Syncretic faith, allowing it to tolerate a secondary religion as if it were a national faith.
– Horde Unity and Razing: Nomadic nations now must pay attention the horde unity of their tribes – a unity that can only be maintained by the occasional pillaging.
– Improved Culture Change: You can now restore a previous culture to a converted province, or convert a province you hold to a culture that is not your own.
– Native Policies: Set your policy for colonial encounters with natives. Are you focused on quick subjugation, peaceful growth or trading advantages?
– Improved Espionage: New spy actions allow you to study the technology of more advanced countries and prod your rivals’ subjects towards independence.

Here’s a trailer with a serious-but-also-slightly-silly voiceover.

By Otto Kratky40 mins ago
News