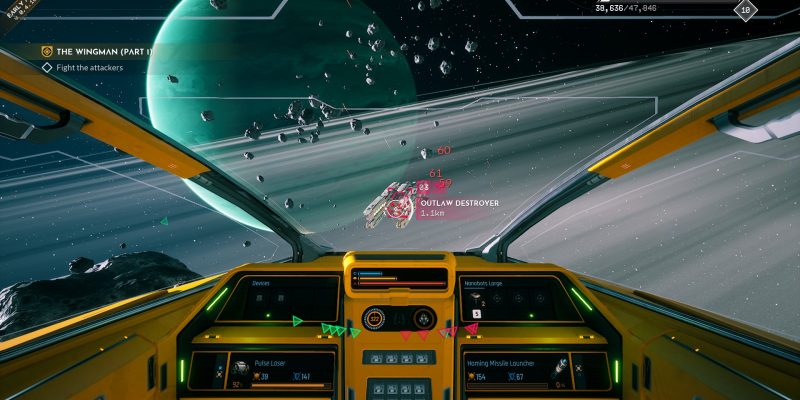 Ambition is extremely important when it comes to making sequels. The first Everspace was a rogue-lite space sim that won itself a great many fans over the years. The good folks at Rockfish Games have definitely gone much bigger for the sequel. Everspace 2 is entering Early Access and gearing up for a 12-18 month work-in-progress period that plans to offer a vast, rewarding game for fans to get lost in. Therefore, the game’s release is obviously quite a ways off and the devs are going to need to wipe saves at certain intervals as they update the build. So the question stands: is it worth it?

Everspace 2 is so much more than a rogue-lite. It’s a space sim that’s also a looter-shooter with action-RPG leanings. What’s more, it’s promising a lengthy story campaign, a good chunk of which is already included in this initial release. The game casts the player in the role of Adam, an escaped clone of an ace starfighter who’s working with a mining crew. Things naturally go awry during a job, resulting in Adam and his co-worker Corben getting abducted by outlaws for the purposes of ransoming them off. But the outlaws advertise Adam in order to boost their chances of lucking into more cash, which results in the military coming down hard on the outlaws, giving Adam, Corben, and a man named Dax time to escape.

The early plot concerns Adam and Dax getting settled in the latter’s old hideout so that they can get back on their feet after their escape. Corben has been placed into cryo and Adam needs to venture out in order to successfully treat his friend. The narrative is surprisingly very strong. There’s a lot of high-quality voice acting and intriguing writing to be had here, plus the semi-animated cutscenes are charming to boot. This build of Everspace 2 has about a dozen or so hours of the game’s campaign included, plus plenty of side stuff. Rockfish Games is very clearly going big with this one. 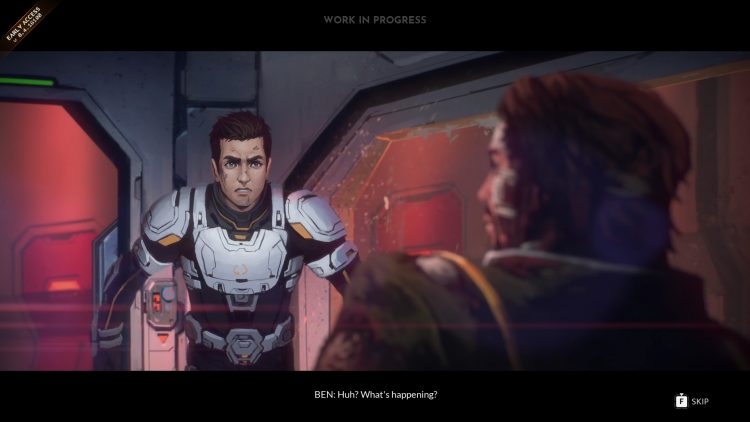 The stars are no nearer

As Adam, you’re given free rein in his fighter. While flying normally, he can either boost or travel extremely quickly, at the expense of not being able to use weapons while doing so. The controls are responsive, fluid, and excellent. Despite only having a small craft, Adam can travel to different systems with a sort of warp drive that shows distance to points of interest in light seconds. Everspace 2 isn’t necessarily open-world since missions clearly take place in instanced spaces, but everything is interconnected in an impressive fashion.

You can either go through the story missions, explore additional locations for loot, or even go scavenging. The combat is fast and fierce, with many different types of weapons thrown at you, each focusing on higher numbers of one of two damage categories. Defeating enemies and looting containers will grant you lots of new weapons and components that can be used to modify your craft. There are also traders you can use to get rid of things you don’t need, or you can put them in storage at the hideout.

I’m already heavily impressed by Everspace 2 and think Rockfish Games is doing an incredible job. The combat is excellent, the graphics look great, and the game naturally explains all of its mechanics in an extremely clear manner that makes it more than easy to grasp all of its many facets. The only worrisome thing is that, yes, you’re going to lose your save if you play now. Aside from that, though, the game is very much well worth picking up, as it’s a blast. 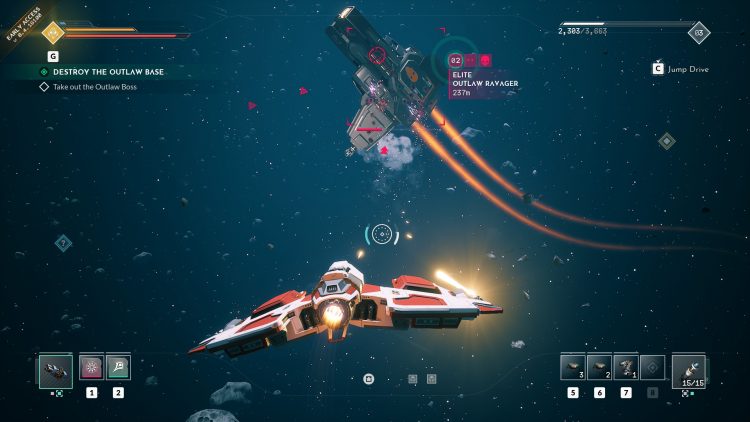