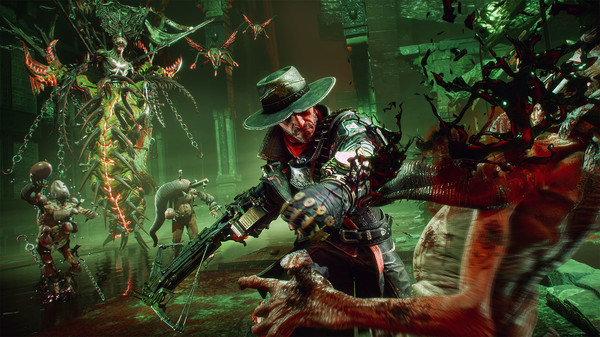 At first glance, Evil West looks a lot like Remnant: From the Ashes. It’s a third-person shooter built around dodging and using abilities that are on a cooldown, so that comparison doesn’t seem like much of a reach. In practice, though, it definitely feels like its own thing. The game comes out this November and I got to take an early crack at one of the levels. The game takes a bit of getting used to, but I’m definitely more interested now than I was before. And I was interested before. I mean, over-the-top demon-hunting game with a Western aesthetic? Yes, please!

The build of Evil West that I played offered a single mission that’s a bit deeper into the campaign than I expected. Due to this, I don’t really know who the characters are or what they’re trying to accomplish beyond a surface-level understanding. Jesse is a demon-hunting cowboy of some sort. His partner is a guy named Vergil. Together, they beat demons to death. Although it’s really all Jesse. I jumped into the game and had zero idea how the gameplay worked, which resulted in me dying almost right away. This is what happens when there aren’t any tutorials, I guess.

Jesse’s main form of attack is his rifle, which shoots semi-slowly and reloads semi-slowly. As soon as I spotted enemies, I obviously started shooting them, but it wasn’t long before I got overrun. That’s because Evil West isn’t really a shooter. It’s got shooting in it, sure, but if you try to shoot things and nothing else, you’re not going to get much done. Jesse has multiple abilities, including a shotgun blast (how do you do that with a rifle?!), electric stun thingy, and something that lets him heal. He also has a gauntlet for punching things, which he can also use to parry incoming attacks and stun foes. 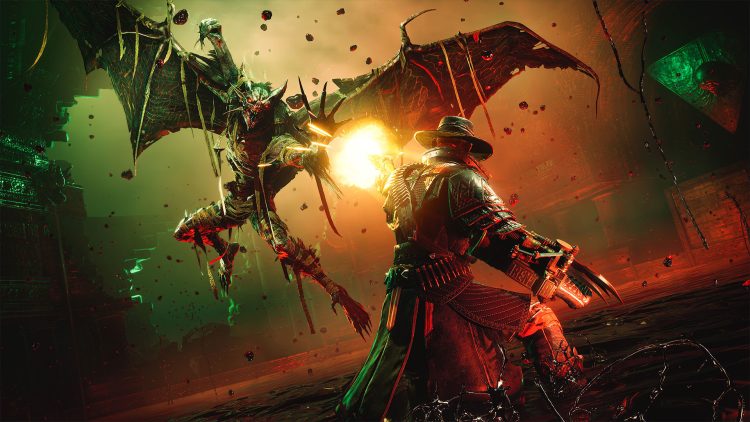 As you probably guessed, the gauntlet is pretty important to Evil West. The game’s demons run around and chase you, others shoot you with these little orange orb things that follow you, some fly, and some are large and sturdier. You can certainly run up and wail on enemies with the gauntlet, but that obviously leaves you very exposed. Instead, you want to shoot them when it’s safe, use your abilities when they’re available, and hold down the gauntlet attack button when approaching a demon. Jesse will launch it into the air and slam it into the ground. From there, you can punch it some more or shoot it until it’s dead.

This is what sold me. It’s a bit ridiculous and I had to get used to it, but it honestly works pretty well. If Jesse punches an enemy that’s shocked, he gets to wail on it like he’s Kenshiro from Fist of the North Star. See? Ridiculous. The levels are structured very simply. You go around pressing switches, moving carts, and climbing things. You can find cash and upgrades in designated areas too, so there are a lot of reasons to explore. Cash can unlock new upgrades, such as giving your gun more bullets.

The level I played also had a mine cart section where I had to shoot explosives to clear the cart’s path and shoot targets to switch the track to stop myself from dying horribly. I didn’t like this part as much as the others, but my time with Evil West has left me cautiously optimistic about the game. I mean, I enjoyed the hell out of Shadow Warrior 3 while it lasted, so I’m hoping that this game has a bit more meat on the bone. But Flying Wild Hog was making like three games at once, so I wouldn’t be too surprised if all of them ended up being super short. But I guess we’ll find out in November. 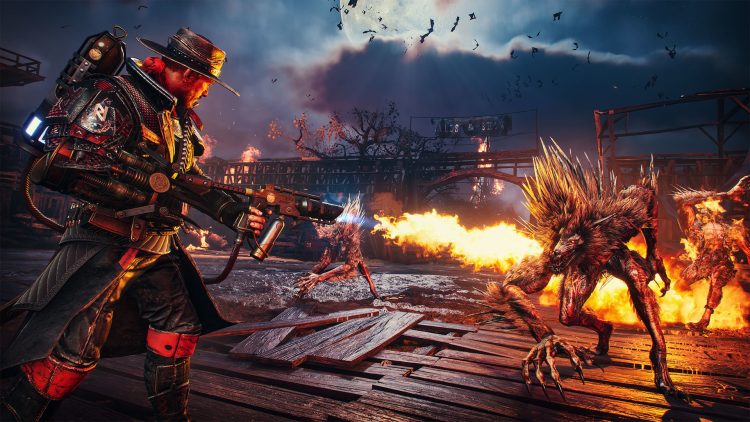 Soulstice — Quick tips to get you started

There Is No Light: Combat, healing, and survival guide

By Martynas Klimas6 days ago
Previews